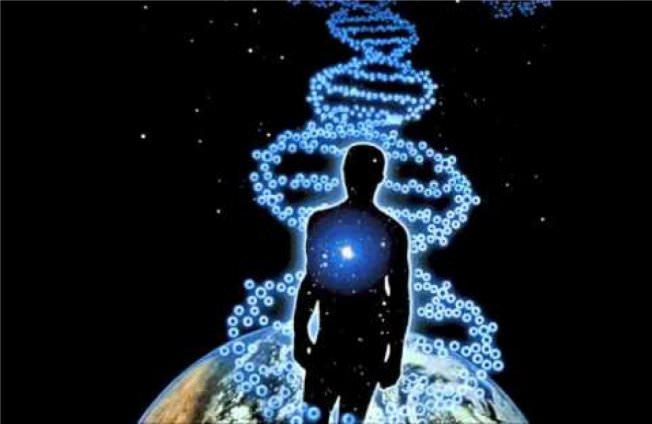 DNA contains the instructions needed for a living organism to grow and function.It tells cells exactly what role they should play in the body. It holds instructions to make your heart cells beat, your limbs form in the correct place, the immune system fight infection, and your digestive system digest your dinner. 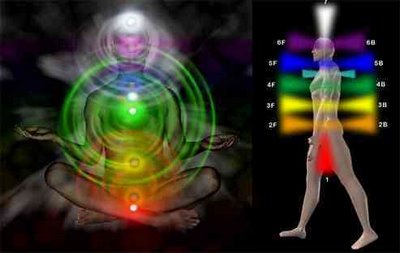 The process of returning to twelve strands of DNA in our current human form is known as Ascension. Ascension is the process by which the embodiment is elevated in vibration a little at a time, until it is vibrating to the resonance of unconditional love. During this process, at an etherical level, ten additional strands of DNA are connected within the circuitry of the body and the brain. As the embodiment elevates in vibration, and as the new DNA is connected, fear-based patterns and beliefs are released simultaneously and make room for the experience of more joy, creativity and self-expression.

In 4D [Human dimensionality], you have two DNA strands [loops or toroids]. Those who would tell you that you have 12 are giving you a 4D description of a multidimensional puzzle. There are truly only two biological or physical strands. All of the rest, the ten that are not mentioned and not described and not visible in 4D, are in layers within the two you can see. They are not additional strands or loops or toroids. They lay upon the biological ones, many of them interfacing biologically with the strands that you are able to see. So, there are really two strands with another ten inter-dimensional aspects upon them. That is how you arrive at the 12. Ten you cannot see, and two you can.

In embracing the first set of twelve strands of DNA, one is considered “Christed.” Many metaphysicians have spoken of the return of the “Christ.” The return of “Christ” is and will be in the form of many who will embody the new genetics. The individual who has embodied twelve strands of DNA or has become “Christed” moves beyond limitation within human form. In moving beyond limitation, the individual also moves out of fear. As all of mankind embodies the new genetics, civilization will gradually restructure itself to be based on unconditional love.

The joining of the brain’s hemispheres 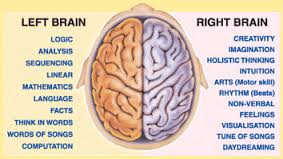 You are in the process of reuniting the right and left hemispheres of your brain (which is the way it was designed to be). Once this is accomplished, wondrous things begin to happen: your creativity blossoms along with the mental agility and wherewithal to manifest your creative visions. You gain access to the levels of the brain which resonate to the frequencies of the higher dimensions, and you tap into the Light packets of wisdom and cosmic information that are stored there. The master glands within the brain are activated and you reconnect with the aspects of yourself that have lain dormant for thousands of years. 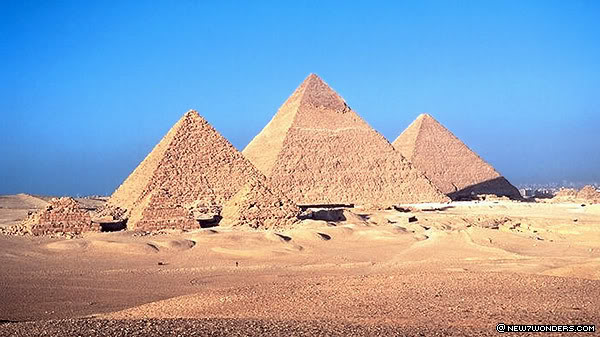 Within the pyramids of ancient Egypt, initiates were gradually elevated in vibration a little at a time over a time frame of many years. This resulted in the cellular restructuring of their bodies to what is called “crystalline” in form. The final purpose of the initiations in Egypt was for initiates to transcend the experience of death and take their embodiment into the next dimension. In order to accomplish this, the cellular restructuring to the “crystalline” form was a necessity.

The pyramids were only required by those with a lower vibration (the partially conscious humanoid form) and therefore were deemed necessary to support ascension in this fashion. Each chamber within the pyramid utilized a variety of devices to hold a specific vibration necessary to ascend a form from 5024 to 45,000 strands of DNA. Initiates entered the pyramid for varying time frames and learned to hold the vibrations within the chambers of their own accord.

DNA as a means of communication

Encodements are contained in the cellular-genetic makeup. Chakra systems would be somewhat like power transformers, resistors and capacitors. Every cell has a consciousness, so that when the personality of the human gets bogged down and unable to move forward, the consciousness of the “higher self” may throw a switch that gives a message to the cellular structures that says, “We need to create some kind of situation in order to prod the personality and bring them back on track.”

Certain DNA blueprints of possibilities are sent to the higher self. It could possibly be some form of accident or illness, or perhaps enlightening information from a friend, and the higher self will then offer these blueprints to the soul, who will then say, “This is what we need to do,” and subsequently throws a switch that will bring certain situations into manifestation. And this is the reason we have said that the DNA and the RNA are communication systems. It would be as if DNA is the link to high self and soul and RNA would be the soul’s response in a certain sense.

To strengthen the connection to your Higher Selves, new attributes will be employed. You are in the process of changing a critical part of the biology known to you as DNA. This new template allows you to walk in full unison with your Higher Self in every moment. Even after the new part is installed, it will need to be programmed. This programming will be in the area of establishing the synaptic pathways in the brain needed for full use of the new equipment. The re-connection of the DNA by itself only provides the opportunity for higher communication. It is still necessary to connect the wires to the new equipment. There are many ways to establish new synaptic pathways in the higher vibrations of the New Earth. Many more modalities will be presenting themselves to fully connect the new hardware. (The entire Akashic records are in your DNA.)

The vibration of your entire body is shifting to a higher frequency during cellular transformation. Some are experiencing many different physical symptoms which can be strong at times or can be very subtle. Within this lifetime, there is more evolution taking place in your body than in the total of all previous lifetimes on this planet. A transformation change is taking place in your body as well as in the earth. The very cell structure of your body is changing which will allow you to withstand and integrate these higher frequencies of energy.