Digging up the Past and Digging into the dirt: RV, GCR, New financial system Updates 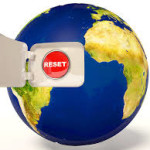 Digging up the Past and Digging into the dirt: RV, GCR, New financial system Updates

By Dani, published on Removing the Shackles, on November 4, 2014

Synchronicities.  Sooooooo funny.  Or not, depending on your point of view I guess.

We just finished recording this weeks The Collective Imagination show- we were unable to upload live (again, lol, but this time it wasn’t an internet issue), and as soon as the show has been uploaded to The One Network I will post the show here.

This week on TCI we left the usual realms of The Collective Imagination Radio show and had a very in depth conversation with Lisa and Brian about the latest intel I have received and uncovered about the “New” Financial System.

I will be recording the latest episode of Transpicuous News in the next day or two- this episode will be taking a deeper look into the current global financial news from the main stream media and I will be cross referencing it with a full report on the current information I have about the “New” financial system…. which is now up and running.

A quick preamble to TCI and the next Transpicuous News Show updates:

Over the course of the past few weeks of intense introspection I have come to the realization that I need to review the past 2 years of my life and really take a close look at the place I was in, vs the place I have been in for the past 22 months.  That I needed to re-search that place I was in, and look at the scope of my intense focus and reevaluate and move forward with a greater understanding of that “place” now.   That meant returning to my roots in the world of intel and information gathering and pulling those dots together with a now more…. illuminated understanding of what is moving forward, what happened and what did NOT happen, and how all of that fits together…..

…. as Lisa said, we will be more forthcoming with information once we have gathered all the data we are currently looking at and have a broader scope of how THAT fits in to where we are sitting today.  But I digress….

Last week I began to do some heavy research into the currently status of the “RV” and the “GCR” and the “New” financial system.  Synchronistically, while sitting and talking about certain current events and happenings with Lisa and a friend of ours Mel, after mentioning his name about 2 minutes later we received a skype call from Sacha Stone.  The long and short of it is that Sacha shared some intel with me from his sources with regards to global finances, which lead me to dig deeper into certain areas.  Over the course of the next 3 days I spent hours on intel calls.  I was able to vet out the information he had told me, and was able to gather more information on those specific events, which in turn led to some seriously deep looks at the intel and what the undercurrent of that information actually meant for the people of this planet.

As I stated above, their “New” Financial System is actually online.  Did you see it?  Did you feel it? Nope. Neither did I until I actually realized that that was “their” plan all along.

Then yesterday Brian sent me the link to Justin and Julien’s article with the latest Thrive video.   We all sat to watch it and my husband Nick kept nudging me and saying “that’s what you said two years ago!”.  I am posting the Thrive Update by Foster Gamble here for the purpose of highlighting what we were told the “New” financial system would be like. What has been promised to humanity…..

….. vs what I actually see rolling out.

The “RV” is about to go live as “they” have to rebalance the current currency mess before the final push to officially put Basal III in place (which is complete fraud in and of itself, but I’ll delve into that in the next TN report).  I will outline all of this information and give further insight into the “cash out” groups, and will toss in some lovely dirt on the topic of “gurus” and “fraud” in my next report.  In the mean time, as I said, I will publish todays TCI show here as soon as the recording has been uploaded.

Hang on my friends.  Shit is about to get really weird and very transparent.  ….. and it’s NOT going to look like what you thought it would look like.

Foster Gamble: Is the Value of your Money About to Change?

2 Comments to “ Digging up the Past and Digging into the dirt: RV, GCR, New financial system Updates”