Did the Other Shoe Just Drop? Big Banks Hit with Monster $250 Billion Lawsuit in Housing Crisis 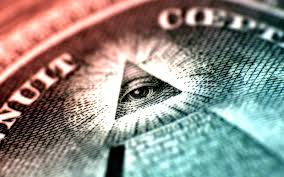 Did the Other Shoe Just Drop? Big Banks Hit with Monster $250 Billion Lawsuit in Housing Crisis

For years, homeowners have been battling Wall Street in an attempt to recover some portion of their massive losses from the housing Ponzi scheme. But progress has been slow, as they have been outgunned and out-spent by the banking titans.

In June, however, the banks may have met their match, as some equally powerful titans strode onto the stage.  Investors led by BlackRock, the world’s largest asset manager, and PIMCO, the world’s largest bond-fund manager, have sued some of the world’s largest banks for breach of fiduciary duty as trustees of their investment funds. The investors are seeking damages for losses surpassing $250 billion. That is the equivalent of one million homeowners with $250,000 in damages suing at one time.

The defendants are the so-called trust banks that oversee payments and enforce terms on more than $2 trillion in residential mortgage securities. They include units of Deutsche Bank AG, U.S. Bank, Wells Fargo, Citigroup, HSBC Holdings PLC, and Bank of New York Mellon Corp. Six nearly identical complaints charge the trust banks with breach of their duty to force lenders and sponsors of the mortgage-backed securities to repurchase defective loans.

Why the investors are only now suing is complicated, but it involves a recent court decision on the statute of limitations.

Why the trust banks failed to sue the lenders evidently involves the cozy relationship between lenders and trustees. The trustees also securitized loans in pools where they were not trustees. If they had started filing suit demanding repurchases, they might wind up suedon other deals in retaliation. Better to ignore the repurchase provisions of the pooling and servicing agreements and let the investors take the losses—better, at least, until they sued.

Beyond the legal issues are the implications for the solvency of the banking system itself. Can even the largest banks withstand a $250 billion iceberg? The sum is more than 40 times the $6 billion “London Whale” that shook JPMorganChase to its foundations.

Who Will Pay – the Banks or the Depositors?

The world’s largest banks are considered “too big to fail” for a reason. The fractional reserve banking scheme is a form of shell game, which depends on “liquidity” borrowed at very low interest from other banks or the money market. When Lehman Brothers went bankrupt in 2008, triggering a run on the money market, the whole interconnected shadow banking system nearly went down with it.

Congress then came to the rescue with a taxpayer bailout, and the Federal Reserve followed with its quantitative easing fire hose. But in 2010, the Dodd Frank Act said there would be no more government bailouts. Instead, the banks were to save themselves with “bail ins,” meaning they were to recapitalize themselves by confiscating a portion of the funds of their creditors – including not only their shareholders and bondholders but the largest class of creditor of any bank, their depositors.

Theoretically, deposits under $250,000 are protected by FDIC deposit insurance. But the FDIC fund contains only about $47 billion – a mere 20% of the Black Rock/PIMCO damage claims. Before 2010, the FDIC could borrow from the Treasury if it ran short of money. But since the Dodd Frank Act eliminates government bailouts, the availability of Treasury funds for that purpose is now in doubt.

When depositors open their online accounts and see that their balances have shrunk or disappeared, a run on the banks is likely. And since banks rely on each other for liquidity, the banking system as we know it could collapse. The result could be drastic deleveraging, erasing trillions of dollars in national wealth.

Some pundits say the global economy would then come crashing down. But in a thought-provoking March 2014 article called “American Delusionalism, or Why History Matters,” John Michael Greer disagrees. He notes that historically, governments have responded by modifying their financial systems:

Massive credit collapses that erase very large sums of notional wealth and impact the global economy are hardly a new phenomenon . . . but one thing that has never happened as a result of any of them is the sort of self-feeding, irrevocable plunge into the abyss that current fast-crash theories require.

The reason for this is that credit is merely one way by which a society manages the distribution of goods and services. . . . A credit collapse . . . doesn’t make the energy, raw materials, and labor vanish into some fiscal equivalent of a black hole; they’re all still there, in whatever quantities they were before the credit collapse, and all that’s needed is some new way to allocate them to the production of goods and services.

This, in turn, governments promptly provide. In 1933, for example, faced with the most severe credit collapse in American history, Franklin Roosevelt temporarily nationalized the entire US banking system, seized nearly all the privately held gold in the country, unilaterally changed the national debt from “payable in gold” to “payable in Federal Reserve notes” (which amounted to a technical default), and launched a  series of other emergency measures.  The credit collapse came to a screeching halt, famously, in less than a hundred days. Other nations facing the same crisis took equally drastic measures, with similar results. . . .

Faced with a severe crisis, governments can slap on wage and price controls, freeze currency exchanges, impose rationing, raise trade barriers, default on their debts, nationalize whole industries, issue new currencies, allocate goods and services by fiat, and impose martial law to make sure the new economic rules are followed to the letter, if necessary, at gunpoint. Again, these aren’t theoretical possibilities; every one of them has actually been used by more than one government faced by a major economic crisis in the last century and a half.

That historical review is grounds for optimism, but confiscation of assets and enforcement at gunpoint are still not the most desirable outcomes. Better would be to have an alternative system in place and ready to implement before the boom drops.

North Dakota has established an effective alternative model that other states might do well to emulate. In 1919, the state legislature pulled its funds out of Wall Street banks and put them into the state’s own publicly-owned bank, establishing financial sovereignty for the state. The Bank of North Dakota has not only protected the state’s financial interests but has been a moneymaker for it ever since.

On a national level, when the Wall Street credit system fails, the government can turn to the innovative model devised by our colonial forebears and start issuing its own currency and credit—a power now usurped by private banks but written into the US Constitution as belonging to Congress.

The chief problem with the paper scrip of the colonial governments was the tendency to print and spend too much. The Pennsylvania colonists corrected that systemic flaw by establishing a publicly-owned bank, which lent money to farmers and tradespeople at interest. To get the funds into circulation to cover the interest, some extra scrip was printed and spent on government services. The money supply thus expanded and contracted naturally, not at the whim of government officials but in response to seasonal demands for credit. The interest returned to public coffers, to be spent on the common weal.

The result was a system of money and credit that was sustainable without taxes, price inflation or government debt – not to mention without credit default swaps, interest rate swaps, central bank manipulation, slicing and dicing of mortgages, rehypothecation in the repo market, and the assorted other fraudulent schemes underpinning our “systemically risky” banking system today.

Will the BlackRock/PIMCO suit help homeowners?  Not directly.  But it will get some big guns on the scene, with the ability to do all sorts of discovery, and the staff to deal with the results.

Fraud is grounds for rescission, restitution and punitive damages.  The homeowners may not have been parties to the pooling and servicing agreements governing the investor trusts, but if the whole business model is proven to be fraudulent, they could still make a case for damages.

In the end, however, it may be the titans themselves who take each other down, clearing the way for a new phoenix to rise from the ashes.

1 Comment to “ Did the Other Shoe Just Drop? Big Banks Hit with Monster $250 Billion Lawsuit in Housing Crisis”