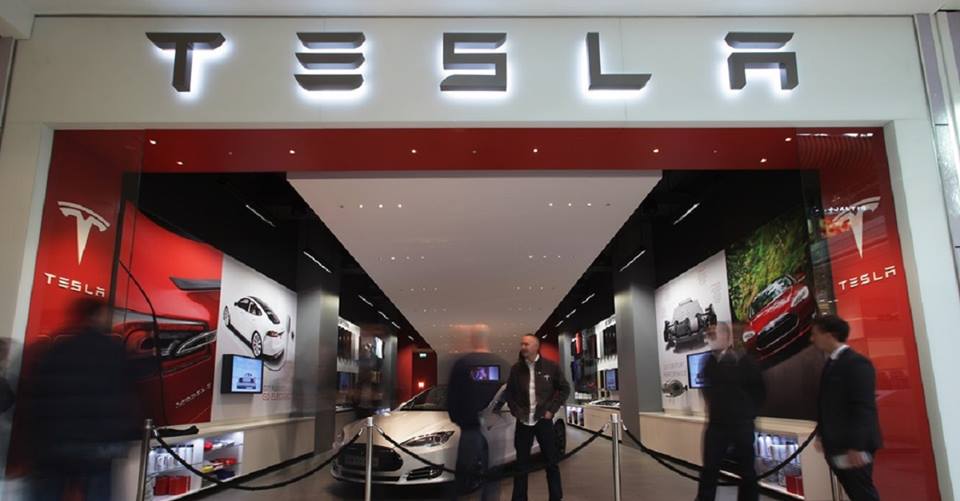 Electric-car maker Tesla (NASDAQ:TSLA) has come a long way, and now it’s extending a helping hand out to would-be competitors in an unprecedented and very surprising move. CEO Elon Musk announced in an aptly-named blog post that Tesla is opening up all of the company’s patents, effectively making the technology powering their vehicles open source. In stark contrast to what has been happening between other tech companies, namely Apple (NASDAQ:AAPL) and Samsung, Musk says Tesla will not engage in patent lawsuits, and instead, is happy to share its technology with anyone who wants to use it.

“Tesla Motors was created to accelerate the advent of sustainable transport. If we clear a path to the creation of compelling electric vehicles, but then lay intellectual property landmines behind us to inhibit others, we are acting in a manner contrary to that goal. Tesla will not initiate patent lawsuits against anyone who, in good faith, wants to use our technology,” he said.

There are big companies out there that use open-source platforms to build their products, including Mozilla and Red Hat, Inc. (NYSE:RHT), both operating in the software industry. Making the technology to build a sophisticated high-performance luxury vehicle available to everyone, on the other hand, is a brand new development in the business world.

There could be a multitude of reasons behind Tesla’s logic, but it’s still very surprising to see a business just dump its intellectual property on the public. Think back to Tesla’s original goal overall, though, which was taking electric cars to the mainstream. The best way to do that, even if it comes at the expense of future revenue, is to get others on board with the idea, and get other companies producing EVs. Musk isn’t naive, and most likely understands that his company’s technology will get out one way or another, so he has made the call to open the gates on his own.

The biggest incentive behind Musk’s decision is that Tesla now can drive the industry standards for EVs. Although they were already playing a significant part by allowing others to build off of the technology Tesla is already familiar with, they can now have major influence in dictating which way the market shifts. By having its technology disseminate into the market, an influx of auto manufacturing startups and incumbents can save billions in research and development costs, and jump right into building electric vehicles of their own.

This, although counter-intuitive, looks to be exactly what Musk wants.

Tesla is in the midst of plans to build its Gigafactory, which will build the battery packs that power its fleet of cars in much higher volume than before. By mass producing the EV batteries, the costs will be driven way down and open them up for even more availability for consumers who were initially priced-out. By going with an open source model when it comes to Tesla’s technology, suddenly the Gigafactory looks to be much busier, churning out batteries not only for Tesla’s cars, but for all of their competitors as well.

The Economist demonstrates that the Gigafactory expects to be very busy in coming years, with plans to churn out power sources for more than 500,000 vehicles, and driving costs down by 30 percent. The factory will also double the output of lithium-ion batteries globally, making Musk’s investment incredibly valuable in a market set to explode with demand. That increased demand should only grow with widespread adoption of Tesla’s EV technology.

As Tesla’s tech is adopted by other car makers, demand for a larger supercharger network will also increase. Right now, there are only ninety-seven stations scattered across North America. While this does allow for coast-to-coast travel for Tesla drivers, it still vastly under-serves the geographic expanse of the U.S. and Canada. It doesn’t seem like a stretch to imagine that Musk is banking on some big investments from other car makers in coming years to beef up the network as EVs flood the market. Once again, Tesla is in the driver’s seat in shaping the industry, partly due to the decision to go open source.

If there’s one industry that should be shaking in their collective boots at what Tesla is doing, it should be the oil industry. Now that the barriers for entry to the electric vehicle segment have been significantly lowered, and research and development costs virtually eliminated, there’s no reason car makers shouldn’t rapidly expanding into the EV market. As EVs gain even more footing in the overall automotive industry, Big Oil will be the biggest victims as revenues start to decline.

Granted, there is a very long way to go to take down the likes of Shell (NYSE:RDS.A), British Petroleum (NYSE:BP), and Exxon Mobil (NYSE:XOM), but Musk’s handout to his competitors sends a big signal. The advent of global climate change is quickly becoming a chief concern for governments around the world, and despite American’s reluctance to face the facts, big changes are on the horizon according to an overwhelming majority of scientists. Increasing gas prices also hit home for many everyday Americans, spurring consumers to look towards a cheaper ways of transport in hybrid vehicles and mass transportation.

Much of the blame has been pointed directly at companies like Exxon Mobil and Shell, and they haven’t done much to help improve their image either. Big Oil takes in huge subsidies, all the while reaping record profits that rival the biggest pay days in business history. There have also been many accusations of price gouging, and the infamous Deepwater Horizon oil spill disaster, among many other environmental calamities over the years. Reckless behavior and higher prices have led to a negative public perception of the industry as a whole, and driven many consumers towards the EV and hybrid car markets.

If Musk is able to actually ignite an electric vehicle revolution by handing out his technology, oil companies are going to need to scramble to keep their market share. Oil executives might not take the threat of Tesla’s technology seriously, but neither did the major auto makers, which have since surrendered substantial portions of the luxury car market to Musk’s company. There have been attempts by the oil industry to delegitimize Tesla’s product as well, which Musk has compared to big tobacco lobbying.

The fact that the oil industry has gone so far as to mount efforts to stonewall Tesla in the past is proof enough that those companies are worried. It’s also not like this kind of behavior is unprecedented (remember Who Killed the Electric Car?). Elon Musk’s decision to take his company’s tech and go open source with it is highly remarkable, and will no-doubt gain him and Tesla a ton of respect in the eyes of the public. Tesla is still set going into the future, and regulators, environmentalists and auto enthusiasts will all be happy with the new developments.

Big oil, on the other hand, might be hearing the first few shakes from the death rattle.