Having been accused, and found guilty, of rigging and manipulating virtually every possible asset class, perhaps it was inevitable that Deutsche Bank, currently on trial in Milan for helping Banca Monte dei Paschi conceal losses (as first reported last October in “Deutsche Bank Charged By Italy For Market Manipulation, Creating False Accounts“) is now facing accusations that it was actually running an international criminal organization at the time.

In the closely watched lawsuit, prosecutors used internal Deutsche Bank documents and emails to persuade a three-judge panel to rule that there were additional, aggravating circumstances to the charges the German lender already faces related to various derivatives transactions. As Bloomberg reported overnight, the material included a London trader’s “well done!” message to a banker who is now on trial.

The reason why prosecutors are seeking expanded charges against the German banking giants is that by allowing prosecutors to argue that the bank’s market manipulation crimes were committed by an organization operating in several countries would lead to higher penalties if they win a conviction.

Predictably, Deutsche Bank’s lawyer, Giuseppe Iannaccone, sought to block the move at Tuesday’s hearing, saying there wasn’t a clear connection between the original charge of market manipulation and the alleged aggravating circumstances.  “The trial for Deutsche Bank managers becomes more problematic after the judge’s decision,” said Giampiero Biancolella, an attorney specializing in financial crime who isn’t involved in the case. “If proven, the aggravating circumstance may increase the eventual jail sentence for the market manipulation to a maximum of nine years.”

As a reminder, Deutsche Bank and Japan’s Nomura both went on trial in Milan in December, accused of colluding with Monte Paschi to cover up losses that almost toppled the Italian lender before its current battle for survival. Thirteen former managers of Deutsche Bank, Nomura and Monte Paschi were charged for alleged false accounting and market manipulation. Focuing on the German bank, six current and former managers of Deutsche Bank, including Michele Faissola, Michele Foresti and Ivor Dunbar, were charged in Milan last year for colluding to falsify the accounts of Monte Paschi (which itself is so insolvent it recentl got its third state-funded bailout) and manipulate the market. 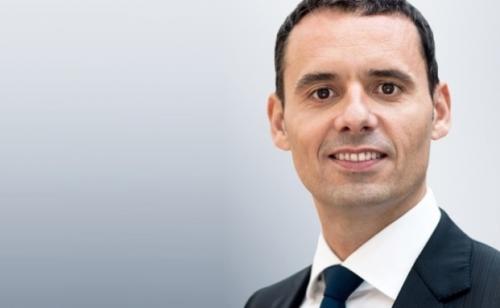 As a further reminder, Michele Faissola is the DB banker who was implicated in the death of DB’s senior risk manager, William S. Broeksmit, who was found dead in 2014 after committing a still unexplained suicide.

Going back to the accusation that Deutsche Bank is a global criminal cartel, the prosecution’s request to label Deutsche Bank an international criminal association hinged on events that occurred in other parts of the globe, including the possible manipulation of an index, which isn’t the subject of charges in the Milan case. Specifically, as Bloomberg previously reported, a 2014 confidential audit commissioned by German regulator Bafin said that Deutsche Bank employees may have manipulated internal indexes to help ensure the success of the deal. The study, requested by Bafin, said an internal Deutsche Bank review described “abnormalities” in the values of proprietary indexes used to set the price for the Monte Paschi deal in December 2008.

The internal Deutsche Bank report, which has never been made public, is cited in the Italian court documents seen by Bloomberg. “DB’s own trading activities were a significant factor in the observed ‘spike’ in prices and volumes,” a portion of the bank’s document says.

On the afternoon of Dec. 5, 2008, just one minute and 57 seconds after the futures price underlying the index had spiked to a level required for the deal to succeed, a trader in London pushed the button on the “well done!” email, evidence introduced to the Milan court shows. The recipient was Michele Foresti, then the bank’s head of European fixed income.

Iannaccone, the lawyer for Deutsche Bank who is also defending Foresti, said the judge’s decision had to be respected and declined to comment on it. “We will clarify everything during the trial.” While investigators at the Frankfurt-based bank couldn’t “unequivocally” link the spike to manipulation or the deal’s outcome, according to the Bafin-commissioned audit, the communications among the Deutsche Bank employees “provide a connection between the trading activity and the MPS transaction,” the bank’s internal probe concluded.

Should the judge in the Milan case find Deutsche guilty of “running an international criminal organization”, it will be a new low for the bank whose actions over the past several years have attracted global attention due to its criminal breach of laws and regulations in every market in which it has participated, resulting in dramatic and periodic executive changes, as well as the non-payment of bonuses for virtually all employees in 2016 as the bank’s stock briefly crashed to all time lows last summer.