by Robert Richardson, published off grid survival, on October 27, 2017

On November 4th, the Department of Defense will run a  “communications interoperability” training exercise across the United States.

According to The National Association for Amateur Radio (ARRL), the test is meant to simulate a massive coronal mass ejection (CME) event which takes down the power grid and all forms of traditional communication, including landline telephone, cellphone, satellite, and Internet connectivity.

Army and Air Force MARS organizations will work in conjunction with the Amateur Radio community to test emergency communications methods which could be deployed after a CME type disaster.

Army MARS is a Department of Defense sponsored program which utilizes Amateur Radio operators to contribute to the mission of the Department of the Army. Army MARS members must have access to HF radio equipment, file a monthly report, and participate a minimum of 12 hours total, including a minimum 6 hours on HF radio each quarter. 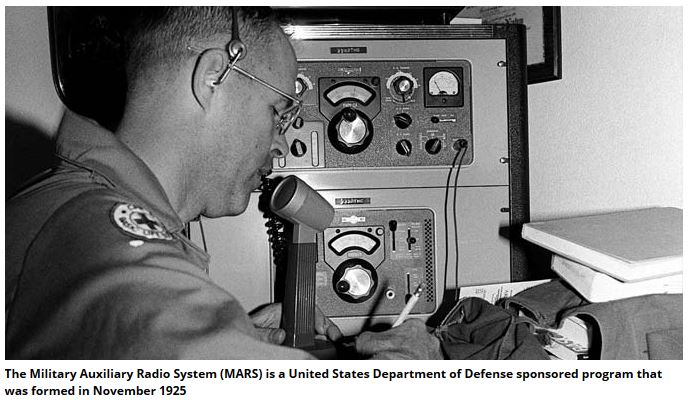 The military and the rest of the government, as well as the private sector, rely on satellites for much of their communications. MARS does not, English said. He explained that it instead relies on high-frequency radios which bounce their signals off the Earth’s upper atmosphere, known as the ionosphere, to provide long-distance communications.

The majority of MARS stations are manned by volunteers, usually in their homes. But there are also several hundred government-run MARS stations at both the state and federal level. The latter include the Federal Emergency Management Agency and the Transportation Security Administration.

Elements of the US Department of Defense (DOD) will conduct a “communications interoperability” training exercise November 4-6.

“This exercise will begin with a national massive coronal mass ejection event which will impact the national power grid as well as all forms of traditional communication, including landline telephone, cellphone, satellite, and Internet connectivity,” Army MARS Program Manager Paul English, WD8DBY, explained in an announcement.

During the exercise, a designated DOD Headquarters entity will request county-by-county status reports for the 3,143 US counties and county equivalents, in order to gain situational awareness and to determine the extent of the impact of the scenario. Army and Air Force MARS organizations will work in conjunction with the Amateur Radio community, primarily on the 60-meter interoperability channels as well as on HF NVIS frequencies and local VHF and UHF, non-Internet linked Amateur Radio repeaters. 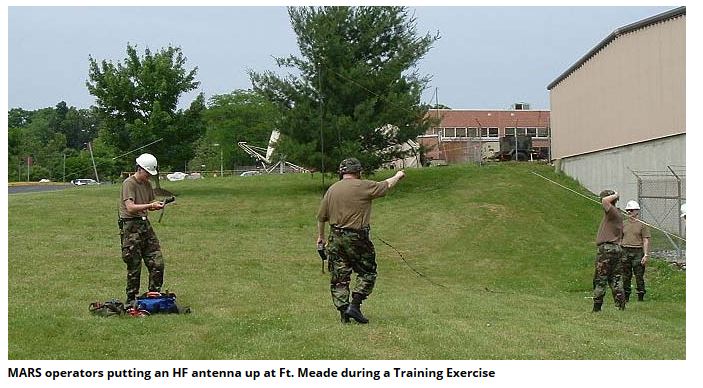 Again this year, a military station on the east coast and the Fort Huachuca, Arizona, HF station will conduct a high-power broadcast on 60-meter channel 1 (5330.5 kHz) on Saturday from 0300 to 0315 UTC. New this year will be an informational broadcast on Sunday, on 13,483.5 kHz USB from 1600 to 1615 UTC. Amateur Radio operators should monitor these broadcasts for more information about the exercise and how they can participate in this communications exercise, English said.

“We want to continue building on the outstanding cooperative working relationship with the ARRL and the Amateur Radio community,” English said. “We want to expand the use of the 60-meter interop channels between the military and amateur community for emergency communications, and we hope the Amateur Radio community will give us some good feedback on the use of both the 5-MHz interop and the new 13-MHz broadcast channels as a means of information dissemination during a very bad day scenario.

How likely is an EMP attack or Severe Space Weather Catastrophe

The likelihood of us being attacked by an EMP depends on who you talk to. While a number of nations currently possess the technology that’s required to launch an attack, how likely they are to do it is really up for debate. What isn’t up for debate is the likelihood of being hit by a catastrophic coronal mass ejection (CME) or solar flare; it’s happened in the past and will happen again.

Back in 1859, just as the world started to rely on electricity, the earth was hit by a massive solar flare. What came to be known as the Carrington event, gave us a taste of what could happen should we be hit by one of these massive solar flares today.

The CME that hit back in 1859 was so powerful that it could actually be observed with the naked-eye.  It caused widespread damage to telegraph systems throughout the world. Telegraph operators received shocks, telegraph papers burst into flames, and aurora-induced electric currents sent power through telegraph machines allowing messages to be transmitted even after being disconnected.

If a Carrington size event where to hit the earth today, the consequences would be devastating. Check out our Full Article on Preparing for your EMPs, CMEs and Solar Flares

In an age where communication is often taken for granted, it’s easy to overlook the importance of Ham Radio. But from a preparedness standpoint, it’s still one of the most reliable forms of communication available, and when all other methods of communication go down, there is a good chance the Ham bands are going to be alive and well.