Denzel Washington Blasts the Media on Dishonesty and “Fake News”

Denzel Washington Blasts the Media on Dishonesty and “Fake News” 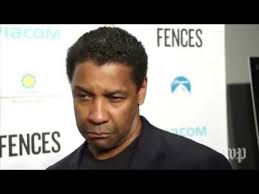 He was at the center of a fake news story, but Denzel Washington says it’s the mainstream media that’s selling “BS.” …”If you don’t read the newspaper, you’re uninformed. If you do read it, you’re misinformed,” Washington, the star and director behind the new film “Fences,” told ITK at the Wednesday premiere inside the National Museum of African American History and Culture. “Fences,” based on an award-winning play of the same name, also features Viola Davis and centers on the life of a black family in 1950s Pittsburgh. It is set to be released on Christmas.

Washington was the subject of a phony story earlier this year that falsely claimed he was switching his support of then-Democratic presidential nominee Hillary Clinton to GOP White House hopeful Donald Trump.

One of the effects of “too much information,” the 61-year-old Oscar winner says, is “the need to be first, not even to be true anymore.”

“So what a responsibility you all have — to tell the truth,” Washington exclaimed to the pack of reporters gathered on the red carpet.

“Just say it, sell it. Anything you practice you’ll get good at — including BS.”