Democrats may have their own Russia spy problem: Story by John Solomon 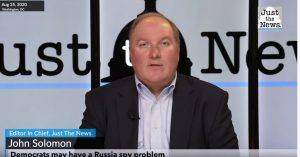 Democrats may have their own Russia spy problem: Story by John Solomon

In December 2015, the Obama State Department and its ambassador in Kiev were upset over a negative story about then-Vice President Joe Biden ahead of his visit to Ukraine. So a U.S. embassy official turned to a “sensitive source” for help.

“Thank you very much for looking into this and very sorry to ask,” U.S. embassy official Alexander “Sasha” Kasanof wrote businessman Konstantin Kilimnik in a Dec. 6, 2015 email obtained by Special Counsel Robert Mueller’s investigators and reviewed by Just the News. “Ambassador very unhappy about the article, though agree it stinks to me to (sic) of people we know very well.”

A few lines later, Kasanof’s email offered Kilimnik some valuable inside skinny about the Obama administration’s assessment of a sensitive meeting between indicted fugitive Ukrainian oligarch Dmitri Firtash’s associate Yuriy Boyko and Assistant Secretary of State Victoria Nuland. “I thought Boyko did quite well, in fact,” Kasanof wrote. “Don’t know that he convinced Nuland on everything (incl. DF intentions), but his performance was much less Soviet and better than I thought would be. So job well done!”


In addition to treating him as a valuable political intelligence source, State officials often shared their private insights with Kilimnik, a Ukrainian consultant close to the American lobbyist Paul Manafort, according to numerous communications obtained by Just the News. For instance, Eric Schultz, a former U.S. embassy official in Ukraine who by 2016 had become U.S. ambassador to Zambia, gave his frank personal assessment after President Obama named Marie Yovanovitch to be the new chief U.S. diplomat in Kiev and George Kent to be her top deputy.

“He’s ok i think — though yes, very pro-Ukraine,” Schultz wrote of Kent in an email from his personal Gmail account in May 2016 to Kilimnik, using mostly lower-case letters. As for Yovanovitch, Schultz added: “she’s not (doesn’t handle pressure and can be difficult) but then she might be more Russian oriented than you realize. she never learned Ukrainian when she was in kyiv before but speaks good Russian.”


Ordinarily, such discussions would raise little interest in everyday America. But it turns out Kilimnik is no ordinary contact: The Senate Select Committee on Intelligence last week described Kilimnik as a Russian intelligence officer in its final report on Russian interference in the 2016 election.

In other words, the State Department and its Kiev embassy were routinely trading information with a man the Senate report now portrays as an asset of a hostile foreign power during a time when Biden, now the 2020 Democratic presidential nominee, oversaw Ukrainian policy for the Obama administration.

To the surprise of many, the bipartisan Senate report treats Kilimnik’s ties to Trump through Manafort very differently than his dealings with the Obama administration on one of Biden’s signature policy issues.

The report concluded Kilimnik posed a “grave counterintelligence threat” to Trump because of the Manafort ties, while Kilimnik’s Obama-Biden State Department contacts were dismissed with little concern. “Communications Kilimnik had with the U.S. Embassy in Kyiv and other communications with his associates reveal Kilimnik’s longstanding focus on the issue of resolving the conflict in eastern Ukraine,” the report said.

In fact, most of Kilimnik’s contacts with State were reduced to footnotes and passing sentences in a report that made Kilimnik’s ties to Manafort and Trump sound nefarious.

Some intelligence officials interviewed by Just the News expressed surprise at the disparate treatment.

“The Senate report does not give a complete picture to the Obama-era State Department contacts where information was shared two ways with Kilimnik and Manafort,” said a U.S. intelligence source directly familiar with Russia intelligence and Kilimnik’s dealings with State. “Either this is as serious for State as it was for Trump and there needs to be a damage assessment, or the Senate report is overstating the concerns about Kilimnik for political effect.”

Manafort was forced to resign in August 2016 as Trump’s campaign chairman after his Ukraine lobbying work came under investigation, and he was eventually convicted of financial crimes during the Mueller investigation. Kilimnik was also charged by Mueller with obstruction of justice, but to date he has not been arrested. Both the Mueller and Senate reports allege Manafort, while working with the Trump campaign, shared polling data with Kilimnik.

Hundreds of pages of State Department emails, interviews and other communications reviewed by Just the News show Mueller’s team gathered evidence that both Kilimnik and Manafort had extensive dealings with the Obama State Department prior to the Russia probe starting in summer 2016.

The documents state flatly that Manafort had been used by the U.S. embassy for nearly a decade as a facilitator with Ukrainian officials on topics as sensitive as getting Ukrainians to turn over nuclear materials and arranging European aid packages. Kilimnik, meanwhile, was treated as a “sensitive source” since at least 2013 by the U.S. embassy’s top officials in Kiev, the memos also show.

An FBI interview with Manafort, for instance, divulged that the then-Republican lobbyist was regularly used by the U.S. embassy as an intermediary to the Ukrainian government run by the Russia-friendly Viktor Yanukovych, who was ousted from power in early 2014. Manafort “briefed U.S. Ambassadors in succession; John Herbst, William Taylor, John Teft, and Geoffrey Pyatt, on a regular basis,” the FBI wrote in a Sept. 2, 2014 report of its Manafort interview.

In other words, Manafort was a regular collaborator with State.


Other Western governments did the same. An FBI memo states Manafort organized meetings on behalf of several European Union nations to secure a $3 billion credit line for Yanukovych if the Ukrainian president was willing to sign an accord with the EU, moving Ukraine further from Russia. Yanukovych ultimately reneged on signing the EU deal and was soon after ousted from power.

“In September 2013, MANAFORT organized a meeting with STEFAN FULE, the European Commissioner of Enlargement, JOSE BARROSA, the European Commission President, and YANUKOVYCH to work towards an economic safety bridge for Ukraine. In November 2013, the Germans and Dutch realized YANUKOVYCH would not sign the agreement, but by then it was too late,” the FBI wrote in a 2014 report gathered by Mueller.

“Manafort spent a lot of time in Ukraine, met with U.S. embassy personnel, and was Yanukovych’s interlocutor with the U.S. embassy and international community,” Fishel was quoted as telling Mueller’s team in one memo.

After Mueller began investigating the debunked Trump-Russia collusion claims, FBI agents also interviewed two former chief political officers from the U.S. embassy in Kiev who had extensive email and in-person contacts with Kilimnik. Both confirmed that they used Kilimnik as a source for intelligence about the Yanukovych and Poroshenko presidential administrations in Ukraine, sometimes meeting with the Manafort associate as often as several times a month.

Alexander Kasanof, who worked in the U.S. embassy in Kiev until 2014 and continued to stay in contact with the Manafort associate through the 2016 election, described Kilimnik as one of the American embassy’s more reliable sources of information when he was interviewed by Mueller’s FBI agents.

“Kilimnik was one of the only people within the administration who was willing to talk to USEMB” and “provided information about the inner workings of Yanukovych’s administration,” the FBI quoted Kasanof as saying.


Alan Purcell, who succeeded Kasanof as chief political officer and served in Kiev for the State Department from 2014 to 2017, told FBI agents that embassy officials deemed Kilimnik to be such a valuable asset they protected his name in cables for fear his name would leak.

“Purcell described what he considered an unusual level of discretion that was taken with handling Kilimnik,” the FBI wrote. “Normally the head of the Political Section would not handle sources, but Kasanoff informed Purcell that KILIMNIK was a sensitive source.”

Purcell told the FBI that Kilimnik provided “detailed information” to him about Ukraine political figures and the inner workings of Yanukovych’s Party of Regions.


The Senate report portrayed Kilimnik as an “interlocutor and representative to the Embassy” on behalf of Ukrainian figures. In fact, hundreds of pages of emails gathered by Mueller’s team and reviewed by Just the News show he was far more than that.

Kilimnik routinely was asked to provide information to embassy officials about goings-on in the Yanukovych empire and on some occasions was given non-public information in return from State officials. The emails also showed State officials repeatedly expressed confidence in Kilimnik’s assessments.

“Thank you very much for this!” Kasanof wrote in a Nov. 15, 2015 email to Kilimnik after the Manafort associate provided an analysis of local Ukrainian election results. “Agrees w/what I’ve been worrying over and confirms my worst fears …”

In summer 2016 after Manafort came under investigation for his Ukraine lobbying work after a series of leaked documents, Kilimnik engaged in a lengthy email dialogue with Ambassador Schulz concerning Manafort’s liabilities and the possibility he would be traveling to Ukraine in the fall.

“I bet the Manafort connection is keeping you busy these days,” Schultz wrote. “I’m two weeks from putting the election here behind me.”

Kilimnik responded that he was bewildered by all the media attention Manafort was getting in both Ukraine and the United States. “It is kind of insane and I hate being dragged into it,” Kilimnik emailed Schultz in mid-August 2016. “The whole city has turned into Manafort experts.”

After Manafort was forced to resign, Schultz offered Kilimnik insights into how a Hillary Clinton administration might treat Ukraine as an antagonist to Russia, using some colorful language in the process.

“so Paul is out and I suspect trump is fu**ed. course I thought so before. It seemed clear to me that he wasn’t really listening to Paul,” Schultz wrote Kilimnik in August 2016. “I suspect you are probably wrong about how hrc [Hillary Clinton] will view Ukraine. she will see it as important because she will want to make life difficult for vvp [Vladimir Putin] — what goes around comes around. That depresses me though — I think Ukraine should matter for its own sake and especially its people. She’s likely to not care too much how PP [Ukrainian President Petro Poroshenko] governs.”

The first stories soon appeared in the media that Kilimnik might be tied to Russian intelligence, because he once attended a school frequented by military officers. Kilimnik quickly disputed the links, saying the school he went to “trained translators and lawyers, not commanding officers.”

“Never had any contacts later with the military, KGB, Mossad SAPO, BND, CIA or even my former co-eds,” Kilimnik wrote Schultz as he tried to dispel the Russian spy rumors. 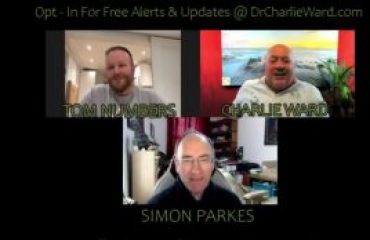 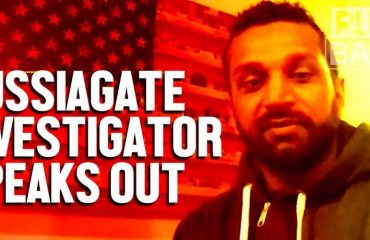 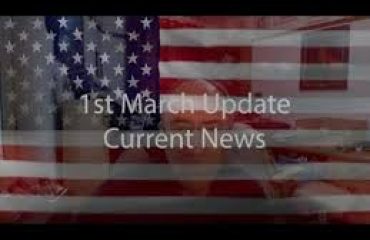