Democrats Are Furious At Hillary After Bombshell Leak!

Democrats Are Furious At Hillary After Bombshell Leak!

by Justin Hagen , published on Conservative Daily Review, on January 3, 2017 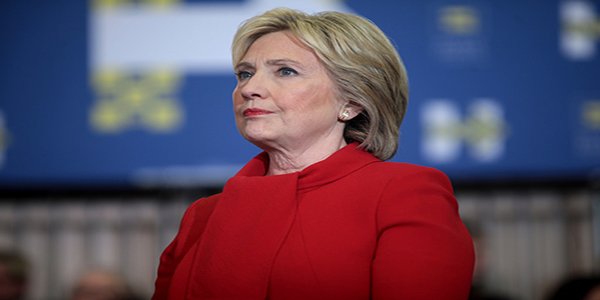 People like Julian Assange have been exposing corrupt groups for many years now, and they have provided the American people with the truth when our tyrannical government refuses to inform its citizens.

Knowing and proving something are two totally separate notions, especially in the eyes of the law.

For decades, we have known Hillary Clinton was corrupt, but thanks to WikiLeaks, now we can prove she lied, abused her power as Secretary of State, allowed pay-for-play schemes, funded ISIS, and that she left out men in Benghazi to die.

Emails and documentation confirm that Hillary Clinton knew our consulate was going to be attacked beforehand, she was unresponsive while it was under attack, she allowed 13 hours to pass while she determined what uniforms our rescue team should wear.

In 2013, Defense Secretary Leon Panetta gave sworn testimony indicating that there was no time to get help to Benghazi, Libya on Sept. 11, 2012, prior to four Americans being murdered. Luckily, Judicial Watch released an email proving that to be a flat out lie.

A source very close to the situation revealed that prior to the attack worsening, an urgent email from Panetta’s Chief of Staff, Jeremy Bash, was sent to Hillary Clinton indicating that they were ready to deploy and save our men and women.

Hillary Left Our Men To Die

“I just tried you on the phone but you were all in with S [apparent reference to then-Secretary of State Hillary Clinton]. After consulting with General Dempsey, General Ham and the Joint Staff, we have identified the forces that could move to Benghazi. They are spinning up as we speak.”

The email was sent during the beginning of the attack at 7:19 p.m. Washington time on Sept. 11, 2012, after the first wave of the attacks on the diplomatic outpost but before the mortar strike that killed former Navy SEALs Ty Woods and Glen Doherty.

Hillary Clinton still to this day lies to the American people and claims this attack occurred because of a video. She is a spineless liar that should be charged with treason. 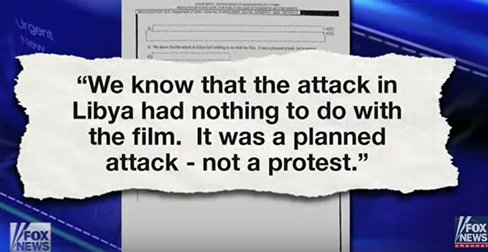 Had Hillary answered the calls and emails, Ty Woods, Glen Doherty, Sean Smith, and Ambassador Chris Stevens would still be alive and with their families today. Here’s the email released by Judicial Watch proving that Hillary only wanted to talk about wall lamps instead of the situation unfolding that she created. 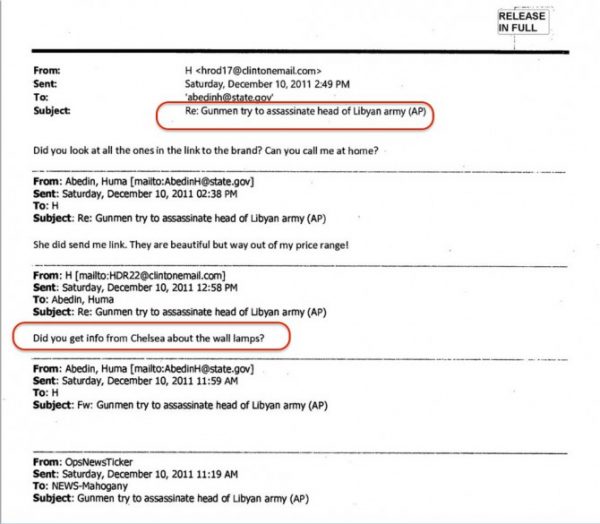 She Spoke About Wall Lamps Instead Of Deployment Plans

The email above is from December 10, 2011. The attack was September 11, 2012. The subject “gunmen try to assassinate head of Libyan army” indicated Islamist’s were making moves to take over Benghazi and run the country. Which would mean our consulate, as well as our men and women, would be in a warzone. But Hillary completely disregarded the idea of that by focusing on wall lamps.

While this information is brand new to the public, the House Select Committee has already brought a case forward against Hillary Clinton for perjury for lying in her testimony concerning her emails and Benghazi.

But wait, here is the cherry on the top: 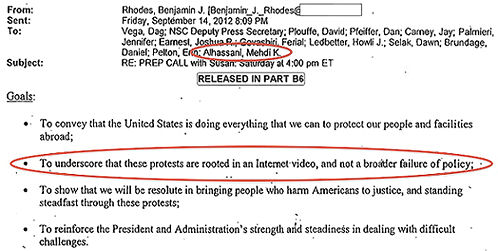 Obama and Hillary had to coordinate this to make sure their failures weren’t exposed. Ben Rhodes, as circled above, is Obama’s Chief spokesman, and he sent out the email with talking points. He clearly indicates they need to blame an internet video instead of admitting they failed to react in time.

The situation in Benghazi is something that could and should have been avoided had our incompetent leaders handled it accordingly instead of discussing wall lamps.

Hillary Clinton is a treasonous snake, and she needs to be fitted for an orange jumpsuit.

Trump should appoint special prosecutor to investigate all of this and put her in jail!

By sharing this story, you are helping Donald J. Trump to make America great again!

This story by Conservative Army