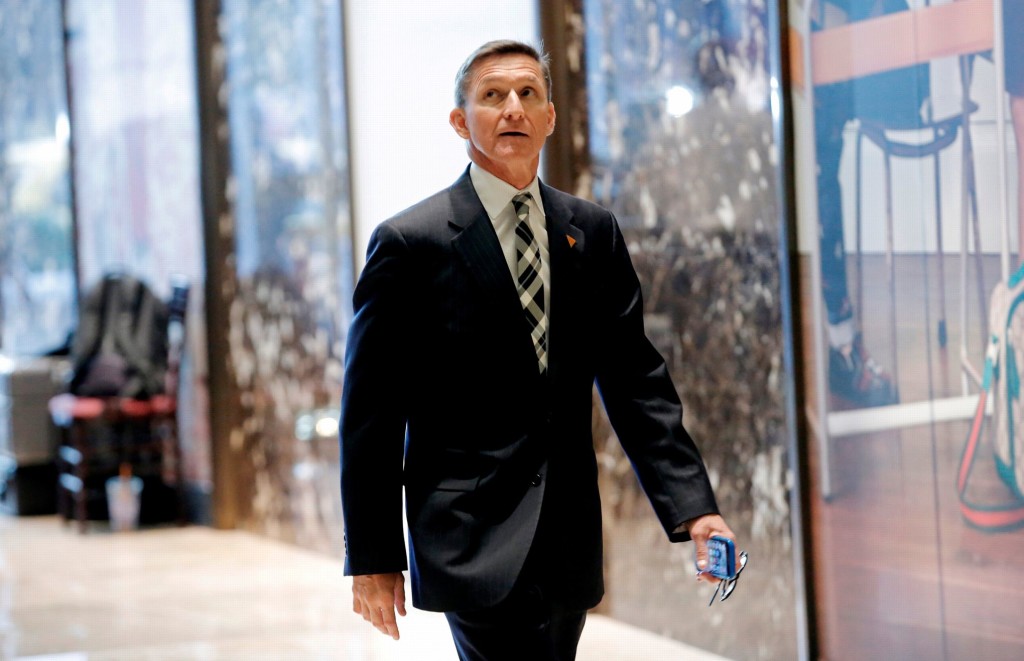 There was simply no way that the Democratic Party could rest easy with such a forthright NSA professional working for President Trump.  Hillary R. Clinton, herself, would only face grave existential threats given the raw and unvarnished truth expressed by this tweet, and others like it.

PIZZAGATE: The Scandal That Will Take Down the Clintons, the Democratic Party and the U.S. Federal Government

Particularly in light of the fact that Flynn’s son — Michael Flynn, Jr. was also fired during the presidential transition process for essentially doing the very same thing, was the writing on the wall.  Deep State will not tolerate any such unprecedented disclosures about its most effective control mechanism on today’s global geopolitical chessboard—pedophilia and pederasty in high places.

Consequently, any revelations even remotely related to Pizzagate will be censored in a Washington, DC moment.  No ifs, ands, or buts about it.  Anyone in any seat of power or position of influence, who exposes the underbelly of Pizzagate, will be removed post haste.  And, the Mainstream Media will work triple time to publicly execute (their reputation, of course) anybody who leaves this particular reservation of political correctness.

It ought to be crystal clear by now, if it wasn’t previously, that the tentacles of Deep State reach deeply into every sphere of life on planet Earth.  There is no digital device, no line of communication, no conversation that is not completely monitored by Deep State.  This was the very non-negotiable condition that the ruling elites agreed to which then permitted the World Web Web to go live back on August 6, 1991.

Point of Fact: The Powers That Be knew full well that, as soon as the Internet was up and running, their lives would change forever.  And so they have.  Even the once venerated and feared Rothschilds are front page news on so many Alt Media websites. And most of the news about them is not good at all!  In fact, their ongoing, multi-century crime spree is now well documented for everyone to see and talk about. So is the Rockefeller’s sordid family history all over the Internet.

The critical point here is that, on one level, the highly anticipated firing of General Flynn has taken place as a cautionary tale.   Every single person working for the president — both directly and indirectly — has been given serious notice.  Any departure from the U.S. Code, no matter how insignificant, which occurs while employed in any capacity within the Trump Administration, is being watched and recorded.  Evidence of any transgressions, no matter how small, will be dredged up at the appropriate time to take down whoever the target might be.

The NSA, CIA and DIA, along with the FBI and DHS, have access to the latest spying and surveillance technology in the world.  These advanced tracking technologies were explicitly developed to spy on and surveil Americans first, second and third.  While foreign espionage is always a priority for Deep State, the ruling elites are considerably more concerned about the perceived enemies within the military arm of the New World Order.

The USA: Military Arm Of The New World Order

It appears that General Flynn really did not understand who his true masters were, especially when he was the 18th Director of the Defense Intelligence Agency.  Every flag officer knows that they are only doing the bidding of the all-pervasive Military-Industrial Complex.  Therefore, it’s very difficult to understand why he sacrificed himself.  Surely he knew that he was being watched every second.  And that such a foray into Pizzagate territory would mean political death … on every level … even in Trumpland.

Perhaps the good General unconsciously set himself up for such a fall. His steady rise to power, followed by such an ignominious descent, point to a deliberate self-sacrifice of sorts.  After all, what greater sacrifice is there when the very lives and welfare of our children are at stake?

Clearly, Flynn knew full well just how deadly serious Pizzagate was, as it still is. He was also quite aware that its exposure occurred at a very purposeful time just before the 2016 election.  Hence, there is a great likelihood that General Flynn used his once high platform to get the word out about Pedogate* in a way that no other highly-placed official in U.S. history ever has.

*Key Point: Pedogate is the global version of Pizzagate.  Except that Pizzagate is merely a single American franchise within Pedogate, which is now understood to be  “A Global Child Exploitation Crime Syndicate”.
(Source: PIZZAGATE: A Special Report on the Washington, D.C. Pedophilia Scandal)

_____________________________________________________________________________________________________
Special Message to General Flynn:
Sir, you know that there is a brilliant silver lining in this dark cloud.  You are now in a position to lead a citizen’s inquiry into Pizzagate.  No government accomplishment of lasting value can ever really happen until the real Pedogate culprits, who infest the U.S. Federal Government, are prosecuted to the fullest extent of the law.  Likewise, the many traitors of two Obama administrations must be brought to justice, as do those who committed treason during the two previous Bush administrations.  Until these convicted career criminals are all held up high for the whole world to see, the corrupt status quo will remain firmly in place.  Given your access to highly privileged intelligence, you, General Flynn, can serve as a lightning rod for the necessary revelation.  This nation desperately needs this type of radical leadership.  If it doesn’t show up soon, many agree that we are heading toward a civil war.  By the way, the vast majority of us armchair political analysts totally agree that the country cannot continue this way.  Things are getting so out of control that the American social fabric has not only been irreparably torn, it’s being ripped to shreds by the day.  Please consider what you can now do for your country out of the media glare of the West Wing.
Respectfully, SOTN Editorial Board
P.S. Our deepest gratitude for your tweets shown below—they have already helped change the world for the better.  However, now it’s time to really save the children! 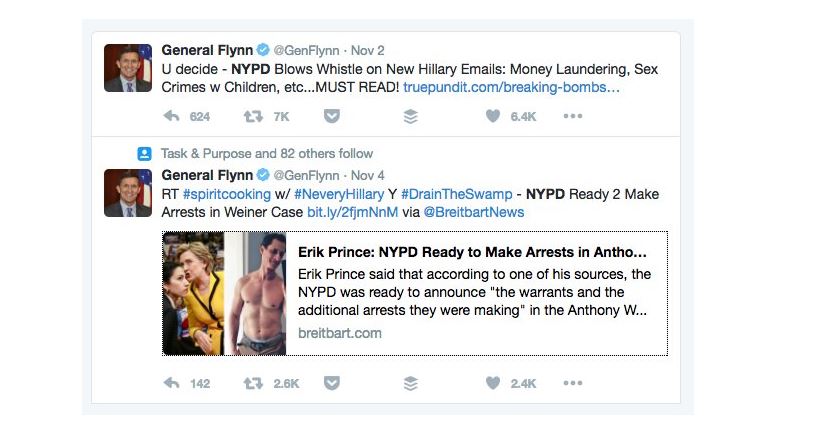