DARPA Insider Reveals the Coming Hive Mind Control Grid: “If Even 20% Of What This Guy Says Is True…” 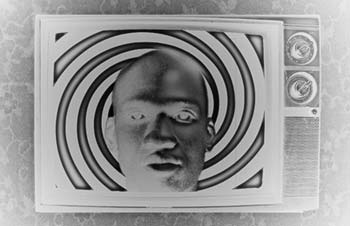 The video below features a keynote by Dr. Robert Duncan regarding what can only be described as our coming hive mind control grid. He isn’t just talking about advances in transhumanism, the singularity, or artificial intelligence. He’s talking about how to control the minds of everyone on the planet and evolving humanity in a technological sense… whether they like it or not.

Duncan professes with shame that he worked on “Voice of God” weapons for the US Department of Defense, weapons which can make people think they are hearing voices in their heads in an attempt to control them. He says such weapons were tested back during Desert Storm and were quite effective at getting Iraqi soldiers to lay down arms without a shot fired.

And that’s just what they had 20+ years ago. Can you imagine what they’re working on today?

Despite attempting multiple times to put a “positive spin” on this information as he nervously delivers it, what this man is saying really can’t be spun in a positive way, not with these kinds of technology in the hands of the military-industrial complex President Eisenhower once gravely warned us about. Duncan notes scientists “are brainwashed into believing that everything we are doing is of benefit to mankind, but look who pays our bills? The military. It’s all for war, it’s all for control, for government control…”

Just… you’ve got to see this for yourself.