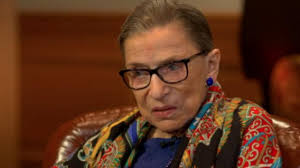 Democrats better hold on tight because this damning video of the tired Ruth Bader Ginsburg insulting the U.S. Constitution just resurfaced and I bet she hoped it didn’t. Just after President Donald Trump announced Brett Kavanaugh as his next guy up for a spot in the Supreme Court of the United States, it was videos like this that made a resurgence to remind people about the character of those who could be sitting next to Kavanaugh any day now. This is a video that Ruth probably doesn’t want anyone to see anymore. She’s 85-years-old and should have retired 20 years ago, but she’s milking the system as she sleeps on the job.

Upon finding the video on YouTube, which appears to be published in 2012, the video description read “On a recent trip to Egypt, Ruth Bader Ginsburg trashed our Constitution and stated, “I would not look to the U.S. Constitution if I were drafting a constitution.” This treasonous left-wing fanatic stabs America in the back and spits on our Constitution with the typical liberal insult that it is old (and therefore no longer applies and should be completely disregarded).

Ginsburg turns 79 this year, so you may be inclined to forgive this remark thinking she’s as harmless as your crazy old aunt who fried her brain consuming too much LSD in the 60s. However, Ruth Bader Ginsburg is not your crazy old lunatic left-wing aunt. She is a sitting U.S. Supreme Court justice with appellate jurisdiction over all state and federal courts.

But what should we expect from a woman who is a Slick Willie Clinton appointee and former Anti-American Civil Liberties Union (ACLU) lawyer?”

Trending: Attack On Trump Dropped In From Sky In Scotland, Stopped By Snipers Feet From His Head [VIDEO]

It appears as though people haven’t liked Ginsburg for quite a while. This video dates back to 2012 and people back then were sick of her. Just imagine what it was like before YouTube and what people said about her in public. It had to be disheartening for her, but if she’s really going to talk about the Constitution in a way that makes people dislike her, then she’s just going to have to deal with it.

The Ruth Bader Ginsburg video isn’t the only problem she has right now. She had the chance to retire under former President Barack Obama’s leadership and possibly allow Barack to fill her shoes with another Democrat. What happened? She tried to be cool and keep working until she was older than Jesus Christ himself, but then Donald Trump won and now she’s about to give liberals the shaft. At her age she needs to retire and enjoy the rest of her remaining years. She might live to 100, but does that mean she should work that long? Absolutely not. If Trump wins a second term, which is likely as long as people make it to the voting booth, then she will have to work until she’s in her early 90’s and then give “thoughts and prayers” that the president taking over for Trump is a Democrat.

If not, then Trump will get another seat and another choice. That means she basically screwed over her party so that she could act like the cool girl who works until she’s a million years old. 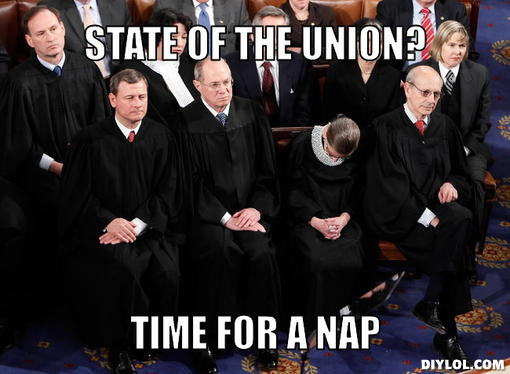 “At 84, “running out of gas” was obviously not a reference to the danger of creeping fatigue. For Ginsburg, of course, it was always a difficult decision. After all, she remains intellectually active and fully engaged on the Court. Her opinions continue to be powerful and probing treatments of the law. The precedent at risk is in no small degree precedent of her making. Yet, many justices time their retirements with an eye to who would appoint their replacements. Some have admitted that they try to engineer an appointment by one party or the other to preserve the balance of the Court.