D Breakingthesilence: The Roles of the past, and the “Blame” that is external 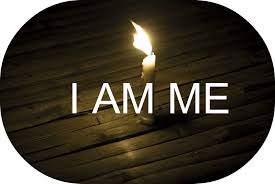 The Roles of the past, and the “Blame” that is external.

By Dani, published on Removing the shackles on April 7, 2014

This morning, after being offline for 3 days (soo sooooo busy in the community right now!) (and yes, an update is coming very very soon!), I had mountains of skype messages to go through, and was afraid to even open my email, lol.

One of the first messages on skype that I read was from my “big brother”, and it immediately triggered one of those conversations that comes from deep within.  The words that tumbled out illuminated quite brightly for me, so I will post my thoughts here (edited for the sake of privacy).

The two main thoughts that really came out this morning were,  who we ARE vs who we WERE, and the perception of the external “blame”.

*Note: as usual, I am giving my OWN personal perception and opinion.  My comments are a mirror of my own journey and my inner resonance with the knowledge that I have been seeking.

There are many many people who identify with the role they played in a past life.  Many who identify so strongly with that role that they cannot let go of it, cannot see past who they “were” to see who they BE.   Part of the comments below come from an ongoing conversation that has been developing and morphing over months and months.  My own perception has changed radically in the past year which has expanded my own understanding of ME.

[8:54:25 AM] D.Breakingthesilence: as for your existence…. you are you.   Nothing else matters.  Any previous names that we wore are only representations of the roles that WE played.  If you were playing the role of XXX, then you are still just you playing a part in a movie.  I am ME.  Whatever role I played previously was just ME playing a role in the film.  It doesn’t change who I am or who I BE.  I went through months of putting limits on myself as Being ZZZ.  But then realized that I am just ME, and I AM limitless, so to push myself into the shape/paradigm/limits of what the world/religions/mystics/people perceived ZZZ to BE, was just limiting myself to THAT role.  I am NOT that role, because that role is over.  What I am IS ME.  Whatever role I play in the NOW and in the perceived “time” or “events” that are happening or soon to happen, will be played/performed/acted out by ME.  Not ZZZ, Not any fractal of me, not any other role I’ve played in the past…..  it will be the ME that IS- because I AM all that I need to BE- no other.

This goes for all of us, in my opinion-….. who we WERE, What we DID during previous Acts, and the perceptions of those roles and their LIMITS are over. Who we perceive ourselves to be in other “spaces”, such as our fractal selves-…. they are also just roles in my opinion. Are they fun to play with?  Yep!  But at the end of the fun and games, I’m still just ME- no other- and no limits from any other perception will I accept upon me.

[8:54:58 AM] D.Breakingthesilence: hmmmmmm…… you really triggered me with that comment- thank you love!!! (heart)  I see an article coming out of this.

All that we have done in the past was playing roles for this moment of NOW.

In those past roles that we have played, those BEings that we “were”, that we portrayed down through history- both here and “elsewhere” – are THE PAST.  Now…. we have a choice to make:  Do we continue to hold onto that role- and ALL IT’S LIMITATIONS (for even those angelic, ethereal, galactic, ascended masters, (etc) roles were BOUND by LIMITATIONS), or will we move forward to BE and DO Without limitations?   Some of these roles that have been played are difficult to let go of, this I completely understand as I have gone through my own journey down this road.  But in holding onto a perceived persona, we can find ourselves using that Role as a crutch in the NOW.  Be it in that place of “I am/was soinso!!!  I am therefore above/holier/better/more knowing than others”, or be it from that place of garnering sympathy and harvesting that energy of guilt because of a perceived role that was played out.  Either way, the crutch limits us and impedes our way to move forward.

We ARE who we ARE in THIS MOMENT.  Who you were is of little importance if you allow it to control or limit who you actually BE- YOU!  YOU are who you BE.  That’s all that you need to BE.

* I will not post the email this comment was directed towards as I do not have permission to share it.  It had to do with the perception that all is not perfect, that there was a “grand mistake” that happened sometime in the past, and that “we” are currently “fixing” that error/mistake/mess.

well…. I disagree.  I think that perception of “imperfection” or “loss of control” or of things not going “as planned” is a very flawed view- one that gives people the ability to lay blame on something external.  If you can point to something else and say “he/she/they/it made a “mistake” then you can blame that entity as the problem, and can create a perception that everything needs to be “fixed” ….    I very much disagree with that ideology personally.   If we are all I AM/Source, then we all created this experience together.   I don’t see any “mistakes” or “flaws” or “loss of control”.  What I see is the experiment/experience as a WHOLE.

[10:40:34 AM] D.Breakingthesilence: it comes back to that perception of who we are and the roles we played.   To call ourselves “angels” or “demons”,  “good” or “bad”, “controllers” or “slaves” is just another way of looking at everything as external, and playing the victim card.   We are NOT victims, we BE and DO as we’ve planned and set out to BE and DO from the very beginning.

[10:42:08 AM] D.Breakingthesilence: personally, I choose to see everything as it is in this moment as all part of the grand plan.   I see nothing going wrong or working against anything else.   Even the so called “divine” plan is part of the Absolute that was planned out from the very beginning.

This really swung into focus for me over the past weekend.  It seemed that this conversation of “Blame” kept playing out many times under many different topics and with many people.

It is very easy for people to look for answers and to place blame for their problems externally.  Years of working in the maternal and infant health arena, and working with various family support groups I have seen over and over again this seeming need for people to “blame” something external, outside of themselves for their problems, and to look for something/someone outside of themselves to “save them” from whatever their “situation” is.

In the “Religious”, “New Age”, “Lightworker” communities this plays out continuously in those realms of “You have to raise your frequencies”, or “We need to Ascend”, or “We will be saved by…. (insert religious figurehead, ascended master, archangel, galactic group *HERE*).  Followed, of course, by “we must be saved from…”, or ” “They” are the evil ones”, or “we must punish…..” or “It’s all “their” fault”, or “We have to fix this giganticmessthatnevershouldofhappenedandisacompletelyFUBAR”  (insert religious bad guy/demon/devil, reptoid/archon/evil ET race, or all round bad dude that screwed up the entire universe’s name *HERE*).

When the focus is put on something/someone external- outside of OUR SELF- then we deny the blame and the responsibility for ourselves to DO and to BE.  When we put our energy into always looking at the external “cause”, and continuously blame/condemn/denounce the problem/situation, we are energizing the duality/division/separation that has been entrenched in society for eons.

For me, I AM I AM.  I kNOW that everything is exactly as it should be, and that the Absolute “plan” IS.  This journey is not about mistakes or failure or “good vs evil”.  It just IS.   In order to experience ALL THAT IS, we CHOSE to experiences ALL THAT IS and CAN BE- through separation, duality, division, darkness and Light. There is no “failure” or “mistake” or “accident” or giganticmessthatnevershouldofhappenedandisacompletelyfubar.  When we can SEE this, and recognize it, then we kNOW that everything is exactly right.

We are ALL ONE- not higher, not lower, not better not worse, …. Just ONE.  We ARE the ONE we have been waiting for, because there is no other “Savior” other than ourselves.  All that is YOU, is YOU.  All that you BE, is YOU, and all that you DO is to just BE you!

Instead of looking out at everyone else, look into the Mirror and see YOU. YOU that is LIMITLESS That is all that you need.