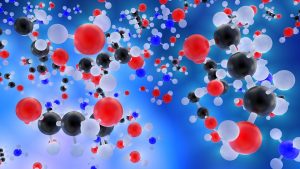 (Natural News) Matter is made up of atoms, right? Not so fast; new research has shown that scientists may not fully understand everything quite yet. In the strongest evidence of particles called “sterile neutrinos” yet, two bold experiments stand to prove the existence of these logic-defying particles. The concept of sterile neutrinos has long baffled scientists, as these particles are able to pass through matter seamlessly with zero interaction — a feat once thought impossible.

As Live Science explains, sterile neutrinos defy virtually every aspect of modern science’s understanding of the universe, or what’s known as the “Standard Model” of physics. The Standard Model is essentially “a list of particles that, together, go a long way toward explaining how matter and energy interact in the cosmos.”

Proving the existence of sterile neutrinos would send shock waves across the scientific world. But, proof has been hard to come by — perhaps, until now.

Mysterious particles could change the face of modern science

The hunt for sterile neutrinos has been going on for decades, but these little particles have proven themselves to be quite elusive. At least, until now that a team from Fermi National Accelerator Laboratory (Fermilab) has picked up the trace. In their follow-up experiment, dubbed MiniBooNE, the evidence is strong that even the most skeptical of physicists are taking notice.

The first hints of sterile neutrinos were seen in the 1990’s, back when an experiment at Los Alamos National Laboratory in New Mexico found something inexplicable. Known as the Liquid Scintillator Neutrino Detector (LSND) experiment, scientists discovered evidence of a new, unusual particle capable of passing through matter without having any interaction with said matter.

This startling find proved difficult to replicate; other attempts failed to find traces of the new mystery particles, steril neutrinos. But, that hasn’t stopped anyone from trying — and the evidence recently detected at Fermilab could change everything we thought we knew.

Scientists across the country are already expressing their intrigue, especially if the results can be replicated. Kate Scholberg, a particle physicist at Duke University who was not involved with MiniBooNE, reportedly commented, “That would be huge; that’s beyond the standard model; that would require new particles … and an all-new analytical framework.”

The MiniBooNE experiment boasts a standard deviation measure of 4.8 sigma, which just a hair below the 5-sigma minimum physicists look to for accuracy (a 5-sigma result has 1-in-3.5-million odds of being the result of random variations in data). Combined with the LSND study, things would be favorable for sterile neutrinos — but many studies have sought to find proof of the elusive particle, and turned up empty. Skepticism of the latest findings is rampant, but there are many theories about what role sterile neutrinos play in our universe, nonetheless.

Dark matter has left experts scratching their heads for years, just like neutrinos, but another recent study has suggested that perhaps the two are tied together. Under the standard model of cosmology, it is posited that dark matter is cold, and that it makes up nearly 80 percent of matter across the universe. But, a recent study has shown that neutrinos — extremely light, fast-moving particles — may actually be what makes up dark matter (or at least some of it).

The concept of hot dark matter isn’t outside the realm of possibility, and as sources explain:

Neutrinos, which whizz around at extremely high velocities, are a good candidate for hot dark matter. In particular, they do not emit or absorb light – making them appear “dark”. It was long assumed that neutrinos, which come in three different species, don’t have mass. But experiments have demonstrated that they can change (oscillate) from one species to another. Importantly, scientists have shown that this changing requires them to have mass – making them a legitimate candidate for hot dark matter.

It seems that what neutrinos are and what their role in the universe is remains something of a mystery. Keep up with the latest research at Science.news.