The head of the European Union’s monetary agency, Mario Draghi, said in Washington last week that the strengthening of the euro exchange rate would require further monetary policy accommodation. Huh? What did he just say?

He said what many have suspected—the ECB will use of interest-rate policy to manipulate currency exchange rates. Yes that’s right; the euro zone is a currency manipulator and not ashamed to admit it!

Why would monetary agencies want to reduce the value of their currency? The answer lies in the attractiveness of exports to foreign buyers of goods produced in weak currency countries. The bottom line is these goods are more affordable and that means more sales which results in stronger economic numbers. 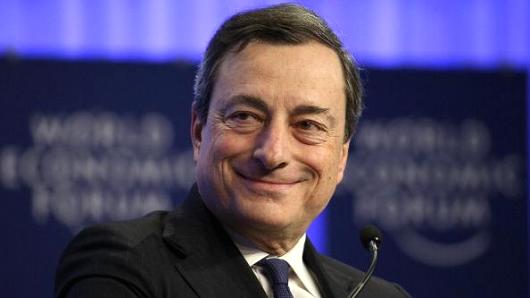 It’s always been understood (though not explicitly stated) that currency manipulation is part of the goal of a weak currency policy. The Federal Reserve to my knowledge has never explicitly stated that their goal is to weaken the currency by reducing interest rates. But I cannot imagine they are not secretly cheering as exports are snapped up by foreign buyers because of attractive exchange rates.

Instead, the Fed states that their goal is to create a more favorable borrowing climate for companies and consumers. By reducing interest rates, the hope is financing costs are more manageable and there is additional motivation to take on additional debt because of low costs.

But here we have for the first time (with perhaps the exception being Japan) a monetary agency head flat-out stating that manipulation is the goal of interest-rate policy. It’s an alarming precedent and suggests that the environment may be changing where these types of statements are acceptable. It’s also incredibly refreshing as it is frankly clearly the policy, though unstated, of agencies to weaken currency to prop up local economies.

The takeaway for investors is that countries that choose a weak currency policy are doing all they can to inflate the export sector of an economy. It’s been tremendously successful in the United States for export businesses and clearly has helped the real estate sector with droves of foreign buyers snapping up properties at favorable exchange rates.

As an investor, exchange rates are a factor to keep in mind as you develop an investment strategy on a global basis. It used to be that currency was mostly important when looking at companies like Coca-Cola for the impact on earnings because of exchange rates. This is still an important consideration and often overlooked by investors when earnings are released. But now you must gauge whether or not monetary agencies are actively involved in attempting to devalue currency to boost economies. It will matter greatly and you need to have a view on the trajectory of different global currencies to successfully invest around the world.

The European Central Bank president had the courage to say out loud what we all know; currency manipulation is here to stay. Currency manipulation is now an explicit goal to gain a competitive advantage in the worldwide economic marketplace. The United States has accused China of being a currency manipulator. Clearly Japan is attempting to revive their economy through weakening the yen. And now Europe has explicitly stated that they are on a path to do the same.

It’s an economic war and all the tools are being used with abandon.

Commentary by Michael A. Yoshikami, the CEO and founder of Destination Wealth Management in Walnut Creek, California. He is also a CNBC contributor.