By Associated Press and Afp published on The Daily Mail, on  6 May 2017

A man who federal prosecutors said was the creator and lead administrator of what’s thought to be the world’s largest child-pornography website has been sentenced to 30 years in prison, the FBI announced Friday. 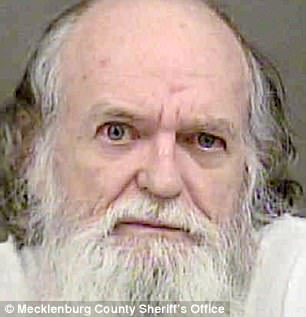 Steven W. Chase, 58, of Naples, Florida, was sentenced this week in a federal courtroom in North Carolina on multiple child- pornography and child-exploitation charges.

Chase created a website called Playpen in August 2014 on Tor, an open network on the internet where users can communicate anonymously through ‘hidden service’ websites, the FBI said.

Nearly 900 suspected pedophiles have been arrested and almost 300 children identified or rescued from their abusers following the investigation that led to the Playpen’s takedown, according to the FBI and Europol.

Chase’s arrest in December 2014 set off a sweeping global probe into the users of the members-only forum. 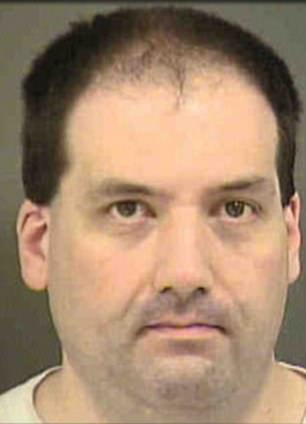 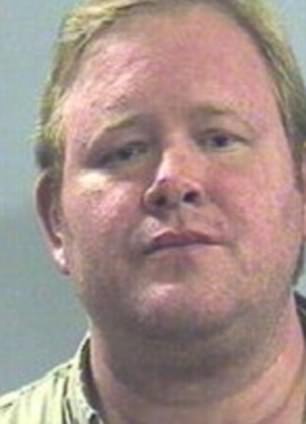 Two codefendants who also were identified as administrators of The Playpen – Michael Fluckiger (left), 46, of Indiana, and David Browning (right), 47, of Kentucky

Playpen was buried deep online in what is known as the ‘darknet,’ where Tor anonymity software and encryption hide often illegal activities.

The service had more than 150,000 users around the world, the FBI said. Members uploaded and viewed tens of thousands of postings of young victims, categorized by age, sex and the type of sexual activity involved.

Dubbed ‘Operation Pacifier’, the investigation began when the FBI used its own malware to effectively seize the Playpen website and server.

Operating it for several weeks more, investigators then hacked and tracked site users by sending malware to their computers.

In an operation that critics say was legally questionable, more than 1,000 computers worldwide were hacked in this way by the FBI, and their users identified.

In a statement Friday, Steven Wilson, head of Europol’s European Cybercrime Center, said the case demonstrated how law enforcement needs to use such methods to fight criminals who can hide behind online anonymization and encryption programs.

‘We need to balance the rights of victims versus the right to privacy,’ he said. ‘If we operate by 19th century legal principles then we are unable to effectively tackle crime at the highest level.’

Two co-defendants who also were identified as administrators of the website – Michael Fluckiger, 46, of Indiana, and David Browning, 47, of Kentucky. Each received 20-year prison terms earlier this year.

Tor was created by the U.S. Naval Research Laboratory as a means of protecting government communications. But the network has a downside.

‘The Tor network is a haven for criminal activity in general, and the online sexual exploitation of children in particular,’ U.S. Attorney Jill Rose noted in a written response to a motion to have Chase’s indictment dismissed.

The FBI said it became aware of the site after it launched, but Special Agent Dan Alfin said that because of how Tor worked, there wasn’t much agents could do about it.

But in December 2014, agents said Chase slipped up and revealed Playpen’s IP address, which was a location in the U.S. The mistake was caught by overseas law enforcement, which then informed the FBI.

In launching its own investigation, the FBI learned that the computer server that hosted Playpen was located at a web-hosting facility in North Carolina and that Chase was the administrator of the server, Rose wrote.

Chase was arrested in February 2015, after which the FBI took over the website for two weeks in order to identify its users.

Chase argued through his motion filed in federal court in North Carolina that the FBI’s operation of the website amounted to ‘outrageous government conduct’ and that his indictment should be dismissed.

Alfin said the agency used a court-approved network-investigating technique to uncover IP addresses and other information that helped locate and identify users. Investigators sent more than 1,000 leads to FBI field offices around the country and thousands more to overseas law enforcement agencies.

‘It’s the same with any criminal violation: As they get smarter, we adapt, we find them,’ Alfin said. ‘It’s a cat-and-mouse game, except it’s not a game. Kids are being abused, and it’s our job to stop that.’

In January 2015, the FBI and the U.S. Department of Justice launched Operation Pacifier in an effort to track down Playpen’s thousands of members. The operation received support from Europol and other law enforcement agencies around the world. As a result, there were 368 arrests or convictions in Europe and 870 worldwide, according to a statement from Europol.

Chase lived in a rural-suburban neighborhood in Naples, tucked between Interstate 75 and Florida’s Everglades. According to public records, he ran an excavation trucking company.

Chase had been charged with a few crimes in Naples over the years, including battery and possession of a controlled substance, but those charges were dismissed.