After decades of passionate debate, parents probably missed the repeated admissions by drug companies and governments alike that vaccines do in fact cause autism. For concerned parents seeking the truth, it’s worth remembering that the exact same people who own the world’s drug companies also own America’s news outlets. Finding propaganda-free information has been difficult, until now.

For that discovery way back in 1996, and a subsequent research paper published by the doctor in 1998, Andrew Wakefield has found himself the victim of a world-wide smear campaign by drug corporations, governments and media companies. And while Dr. Wakefield has been persecuted and prosecuted to the extent of being unable to legally practice medicine because of his discovery, he has instead become a best-selling author, the founder of the Strategic Autism Initiative, and the Director of the Autism Media Channel.

But in recent months, courts, governments and vaccine manufacturers have quietly conceded the fact that the Measles Mumps Rubella (MMR) vaccine most likely does cause autism and stomach diseases. Pharmaceutical companies have even gone so far as to pay out massive monetary awards, totaling in the millions, to the victims in an attempt to compensate them for damages and to buy their silence. 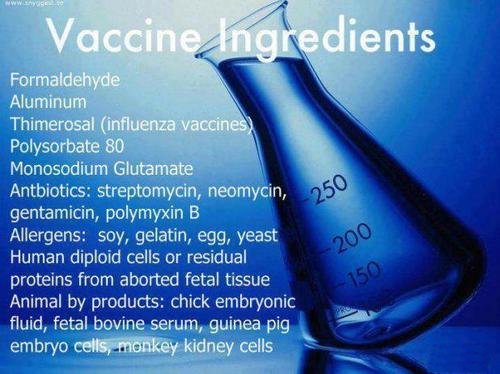 It was a regular reader named Kathleen that brought this ongoing story to our attention here at Whiteout Press. When asked what her connection to the vaccine-autism battle was, the young reader replied, “I just researched it for a school project a while back and then I stayed on top of it, until I couldn’t stand it anymore. I’m not a parent, nor do I belong to any organization – a mere outside observer.”

This reader isn’t alone. The news that vaccines cause autism has spread across the US despite a coordinated media black-out. She takes her concerns one step further explaining, “All I want is to see this information where the public can access it. I’ve looked everywhere, and no one gives this dire Wakefield situation even ONE small mention.” She goes on to give us another motivation for her activism, “In Washington State, where I’m from, vaccines have become mandatory for school children, which is very frightening!”

In December 2012, two landmark decisions were announced that confirmed Dr. Wakefield’s original concern that there is a link between the MMR vaccine, autism and stomach disorders. The news went mostly unreported, but independent outlets like The Liberty Beacon finally began publishing the groundbreaking news.

The website wrote last month, ‘In a recently published December 13, 2012 vaccine court ruling, hundreds of thousands of dollars were awarded to Ryan Mojabi, whose parents described how “MMR vaccinations” caused a “severe and debilitating injury to his brain, diagnosed as Autism Spectrum Disorder (‘ASD’).”’

The Liberty Beacon went on to describe the second court ruling that month, as well as similar previous verdicts writing, ‘Later the same month, the government suffered a second major defeat when young Emily Moller from Houston won compensation following vaccine-related brain injury that, once again, involved MMR and resulted in autism. The cases follow similar successful petitions in the Italian and US courts (including Hannah Poling, Bailey Banks, Misty Hyatt, Kienan Freeman, Valentino Bocca, and Julia Grimes) in which the governments conceded or the court ruled that vaccines had caused brain injury. In turn, this injury led to an ASD diagnosis. MMR vaccine was the common denominator in these cases.’

The report echoes the exact same sentiment that our reader conveyed – Dr. Wakefield has had his career and reputation destroyed over the past 15 years, but has just been vindicated. The account reports, ‘While repeated studies from around the world confirmed Wakefield’s bowel disease in autistic children and his position that safety studies of the MMR are inadequate, Dr. Wakefield ’s career has been destroyed by false allegations. Despite this he continues to work tirelessly to help solve the autism catastrophe.’

The article from The Liberty Beacon closes with a direct quote from Dr. Wakefield himself to the independent grassroots outlet, “There can be very little doubt that vaccines can and do cause autism. In these children, the evidence for an adverse reaction involving brain injury following the MMR that progresses to an autism diagnosis is compelling. It’s now a question of the body count. The parents’ story was right all along. Governments must stop playing with words while children continue to be damaged. My hope is that recognition of the intestinal disease in these children will lead to the relief of their suffering. This is long, long overdue.”

Since the world has slowly become aware of the dangers of the MMR vaccine, parents around the globe have refused to get their children vaccinated. Earlier this year, the UK government singled out Dr. Wakefield and blamed him for the rising number of measles outbreaks in the country. In an April 2013 interview, he

The website TheRefusers.com published both the video, as well as the written transcript, of Dr. Wakefield’s public response. Below are some excerpts of the doctor’s remarks:

“The important thing to say is that back in 1996-1997 I was made aware of children developing autism, regressive autism, following exposure in many cases to the measles mumps rubella vaccine. Such was my concern about the safety of that vaccine that I went back and reviewed every safety study, every pre-licensing study of the MMR vaccine and other measles-containing vaccines before they were put into children and after. And I was appalled with the quality of that science. It really was totally below par and that has been reiterated by other authoritative sources since.

All I could do as a parent was to say, ‘what would I do for my child?’ That was the only honest answer I could give. My position on that has not changed. So, what happened subsequently? At that time the single measles vaccines were available freely on the National Health Service. Otherwise, I would not have suggested that option. So parents, if they were legitimately concerned about the safety of MMR could go and get the single vaccines. Six months later, the British government unilaterally withdrew the importation license for the single vaccines, therefore depriving parents of having these on the NHS; depriving parents who had legitimate concerns about the safety of MMR from a choice; denying them the opportunity to protect their children in the way that they saw fit.

And I was astonished by this and I said to Dr Elizabeth Miller of the Health Protection Agency, ‘why would you do this, if your principal concern is to protect children from serious infectious disease? Why would you remove an option from parents who are legitimately concerned about the safety of MMR?’ And her answer was extraordinary. She said to me, ‘if we allow parents the option of single vaccines, it would destroy our MMR program.’ In other words, her principal concern seemed to be full protection of the MMR program and not protection of children.”

Dr. Wakefield himself reiterates the final conclusion of the courts in various countries, but censored by the world’s media outlets saying:

“Now this question has been answered not by me, but by the courts, by the vaccine courts in Italy and in the United States of America where it appears that many children over the last thirty years have been awarded millions of dollars for the fact that they have been brain-damaged by MMR vaccine and other vaccines and that brain damage has led to autism. That is a fact.”