by Mary Carolan, published on The Irish Times, on November 22, 2017 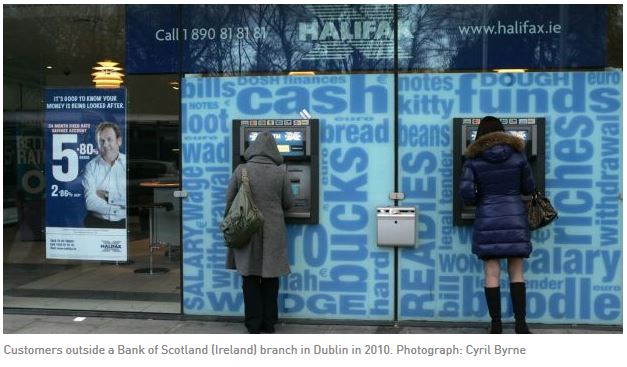 The issues were raised in an appeal by Tanager Designated Activity Company over being refused a repossession order for Rolf Kane’s family home in Clonsilla, Dublin.

They concern the potential consequences of Bank of Scotland’s transfer of a charge on the property to Tanager when the bank had not registered itself as the owner of the charge.

The issues could potentially directly affect hundreds of cases and he would like them to be determined by the Court of Appeal before he decides Tanager’s appeal, Mr Justice Seamus Noonan said.

Other key issues are whether the Property Registration Authority was subsequently entitled to register the fund as registered owner of the charge, whether Mr Kane can challenge that registration and the consequences of any successful challenge by him.

Noting the High Court cannot of itself refer legal issues for determination by the Court of Appeal unless asked to do so by a party to a case, Mr Justice Noonan invited Tanager or Mr Kane, of Elmwood, Clonsilla, Dublin, to apply to him for a referral.

He issued the invitation on Wednesday in an interim ruling on Tanager’s appeal and adjourned the matter to next month to allow the sides time to consider that.

The case arises from a March 2006 mortgage granted to Mr Kane by Bank of Scotland Ireland (BOSI) arising from which the bank became registered on March 21st, 2006 as owner of the charge on the family home.

BOSI merged on December 31st, 2010 into Bank of Scotland plc (BOS) and BOS later sold a portfolio of securities to Tanager, including Mr Kane’s mortgage. Tanager became registered on April 25th, 2014 as the owner of the charge previously registered in favour of BOSI.

The fund alleged Mr Kane had fallen into arrears on mortgage repayments and in early 2015 moved for repossession of his home.

The fund argued the register of titles is “conclusive” evidence of its title and Mr Kane could not challenge its title.

After the Circuit Court refused a possession order, the fund appealed to the High Court.

In his interim ruling, Mr Justice Noonan said, following the bank merger, Mr Kane’s charge transferred to BOS by operation of law but BOSI was the registered owner of the charge on the folio.

When the merger took effect, BOS was the legal owner of a registered charge on Mr Kane’s folio that was not registered in BOS’ name.

Based on a 2015 Supreme Court decision (Kavanagh v McLaughlin), BOS was entitled to exercise all its contractual rights under the charge but not any statutory right under the Registration of Titles Act 1964 “unless and until it became registered as owner of the charge”.

BOS was therefore not entitled to rely on the power provided for under the 1964 Act to transfer a registered charge as it was not registered as owner, he said.

Because the transfer by BOS of the charge to the fund, and the latter’s registration of the charge, was all part of a “perhaps unprecedented” process affecting Mr Kane’s interests, but in which he had no right to participate, issues arose whether Mr Kane was precluded from invoking the court’s power to recify the register in proceedings where his family home “is at stake”.

It is desirable all these issues should be decided by the Court of Appeal, the judge said.