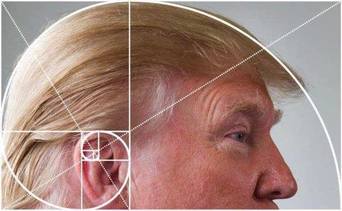 It’s been awhile since I posted something.. but hey that is how life goes. Every other day something new pops up around pizzagate, indictements and other shaddy dealings both in the U$ and the rest of the world.

I know Trump has a mission that is not easily recognized cause his ego is still in the way sometimes.. I would urge you to read this take on him in order to see a broader perspective. Just to swallow the establishments narrative on him just don’t cut it. They are throwing everything they can into your eyeballs in order to discredit whatever he is doing that should tell you a lot.

No he is no savior nor a Saint.. but he exposes stuff both consciously and unconsciously as nobody before him!

Things happen for reasons on macro/micro levels. The planet is in for a shift of great magnitude people around me from all walks of life can sense this and they are talking about it.. I think the next 7-10 years will be filled with great changes. Again look at all exposures coming out about different topics these days! Everywhere the old guard turns they are exposed look at George Soros for instance, numerous leaders of different European countries are banning the billionaire cause he just creates havoc wherever he goes, he almost broke the back of both the Swedish Krona and the English Pound.. at different times in the past, he also donates vastly to very odd organizations in order to profit from the chaos!

Some events might seem to be infested fear but everything is for the greater good. I mean just look at our lives with alleged scarcity and alleged control. One of the greatest control grid globally is our monetary system. It could  easily be transmuted to encompass equality for everyone but it does not meaning it is not sustainable in its current form.

The same goes for our medicine and our food industry along with agriculture. Example, scientists know that cannaboids are very effective at treating cancer cells and but this is nothing you read about in MSM. Why would scientists lie about this? The pharmaceutical industry have known this for decades but it infringes on their profits!

It’s the same with many other things take diamonds for instance, a couple of English companies saw their profits soar in the industry so they created De Beers in order to monopolize the business. They invented the diamond wedding ring by funding commercials along with the slogan “Diamonds are forever”. There was and abundance of diamonds which they had to prevent flooding the market and viola they controlled the demand!!!

Just look how your personal life is controlled by different rules via education, finances and “norms”. The energies do not support the old way of life and its shown everywhere.

I had a small investment scheme were a company suddenly found itself in trouble drawing money without being able to deliver as expected. Now they have stopped their autopayments and communicate that the outstanding shipments for several months needs 16 weeks to be shipped along with that they are promoting a new business model involving BITCOIN in the midst of this!

Naturally customers are pissed! Their support team responds to some but I have not been successful in getting answers nor by e-mail or phone. It took a long while before they communicated that they had trouble delivering. In a group on fb I argued with one of their representatives about their poor communication over the last couple of months to no avail.

I’m also ‘planning’ and working on moving house. I just realized when trying to plan i.e. control things in a certain direction that other things happen. I think a rough plan is good in life but I also think that we prevent the ‘best’ outcome many times unconsciously by not going with the ‘flow’. Just think of it in the context with our daily lives! If we don’t control things in detail there are a lot more options on the table for the Universe to fill the gap with.

I think this is were we are headed whether we like it or not globally… the old guards needs to control almost every aspect of modern life in our society TODAY. What happens if this is not possible anymore? What if we are self sufficient in our lives in JOY and with LOVE without any restrictions?