Connecting the Dots: GMOs and Vaccines 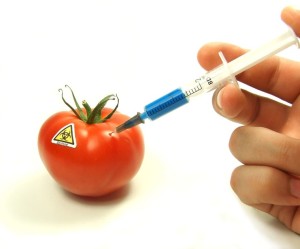 Connecting the Dots: GMOs and Vaccines

I’ve never been very politically minded. I’m not a conspiracy theorist. I’ve never been arrested and I don’t like to get in trouble. I do like, and always have, to think for myself. I’m a natural skeptic and pragmatist. These days, there are a couple of issues that are getting under my skin, and connecting the dots between them helps to establish a framework for a truth in science “sniff-test”. Be warned, you may find that many arenas in which you have come to believe that you were being protected by your authority figures and government, in fact, you’ve been led down a blind path, and will be left there to fend for yourself when it all goes down. That’s why I advocate for consumer empowerment and thoughtful decision-making about what we put in our bodies.

Humans suffer from hubris – we think we know better than nature, can fix it, manipulate it, and master it. There are (at least) two major transgressions that follow similar patterns, raise important red flags, and most certainly do not pass the sniff test: GMOs (genetically modified “foods”) and vaccination. Here’s what they have in common:

Nature has a sense to it, cultivated over billions of years of evolution. The complexity of botanical systems, the relationship to pests, soil, and the elements sustains optimal diversity and reproduction. It was only when we began to industrialize the process, hijack growth with an eye toward yield, and allow chemical companies to attempt to regulate variables of perceived adversity that we ended up in the mess that GMO crops are in today. Now we have randomly spliced animal DNA with bacterial vectors inserting into plant genomes, disrupting the natural functioning of the plant, and allowing for supersaturation with the toxic, endocrine-disrupting and gut bug slaughtering herbicide, Roundup.

Pharmaceutical companies and doctors think they can outsmart immune systems that have evolved to coexist with microbes, to be primed and educated by them. We are at war with infectious disease, and as a consequence, our fear and malice toward bacteria and viruses have lead us to compromise and alter our immune systems with pathogens entering our bodies through our muscles, accompanied by toxic additives that cripple our natural immune function and cause chronic inflammation. The notion of improving upon our human capacities, as we understand them is discussed by Sayer Ji of GreenMedInfo as “transhumanism.”

We cannot outsmart nature, we are only just beginning to appreciate her infinite sophistication.

Monsanto claims that GMOs are simultaneously equivalent to existing foods (relieving them of any real duty to demonstrate safety), and novel enough that they can be patented. Despite the Frankensteinian effects of genetic manipulation on proteins and gene expression, these foods have never been studied in a human population, let alone assessing for long-term effects. What happens as a result of this fast-track-to-market process is that slow-emerging trends of harm at the population level begin to emerge. Differing patterns of chronic disease in Europe and America at this point may have some relation to limitations of GMO products in Europe. There is inherent difficulty in associating cause to effect in chronic disease; however, arguing for the importance of long-term premarketing trials.

Vaccines have similarly, never been studied against an unvaccinated control group, allegedly because they are assumed to be so vital to our health that it would be unethical to withhold them even though basic epidemiology demonstrates that hygiene and nutrition have played the most significant role in elimination of infectious disease. They have never been studied in their current schedule, nor have the additives (adjuvants) which include known body toxins, aluminum, mercury, formaldehyde, and polysorbate 80.

Despite this lack of effort and incentive to support safety data in these two arenas, both have suffered a signal of harm that should have activated the precautionary principal. Monsanto monitored GM and non-GM fed rats for 90 days, and declared that changes in liver and kidney function were not clinically significant. Seralini et al, copied this design, but extended the observation period to years. Take a gander at what happened to these animals. The first tumor sprouted at the 4 month mark. Multiple animal studies have emerged mirroring this study’s provocative findings. Glyphosate, the herbicide that has been sprayed in escalating quantities, is an endocrine-disruptor that has been linked to obesity, liver disease, birth defects, autism, and cancer. This is the most enlightening exploration of its toxic mechanisms. Bt-toxin in GMO corn has been found to puncture intestinal cells and circulate into fetal tissue.

Whether in the realm of neurodevelopment, death, autoimmunity, or even susceptibility to the disease intended to provide protection from, vaccines have been demonstrated to harm and several billion dollars of taxpayer money have been paid out to victims through the National Vaccine Injury Compensation Program. Patterns of chronic illness such as atopy and autism have been demonstrated to correlate with vaccine uptake and prospective study of neurodevelopment in monkey’s has demonstrated injury.

Seralini was silenced. His work was roundly attacked, censored from the media, and demands from industry ties for the paper to be retracted from its journal of publication. Several months after Seralini’s paper, Richard Goodman, a former Monsanto employee was fast-tracked to the position of Associate Editor for Biotechnology. With Monsanto now at the helm of influential medical journals, the prospects for publication of independent research are diminishing.

The now infamous Andrew Wakefield, who published a paper on the presence of vaccine-strain measles in the guts of autistic children was stripped of his license and maligned for fraud in a witch-hunt intended to suppress any further investigation into this connection. Fortunately, at least 28 independent studies from around the world have confirmed his findings.

The “Monsanto Protection Act” was designed to provide legal immunity to GM technology so that citizens could never litigate on the grounds of harm secondary to GM food exposure. In this way, corporations would be protected above farmers and citizens.

The National Vaccine Injury Compensation Program was established in 1986 to assume liability from corporations so that any incentive to police the safety of their product was roundly eliminated and civilians could only engage in a non-jury-mediated “trial” of red-tape and rejection as a means of seeking justice for injury.

This is where the rubber meets the road on these issues, and, truly the source of all corruption. When those regulating a system in need of checks and balances are the same people who have profited or are profiting from its protection and success, we have a critical breakdown in protection of the interests of consumers and patience. The revolving door of Monsanto and government ranges from Michael Taylor, FDA Deputy Commissioner for Foods and former Monsanto Vice President of Public Policy to Supreme Court Justice Clarence Thomas, former Monsanto attorney. Enjoy this pictoral.

The list of interchangeable figures between the CDC, pharmaceutical industry and Vaccine Advisory Committee features more conflicts than exceptions. Notably, in January 2010, Julie Gerberding, former director of the CDC, became the President of Merck’s vaccine unit. In January 2011, Elias Zerhouni, former director of the NIH became President of Sanofi-Aventis’ research labs. These relationships are known to be kindled far in advance of the job acceptance. The most outspoken mouthpiece of today’s vaccine schedule is Paul Offit MD, Merck employee and Rotavirus vaccine patent holder. This paper details the many layers of profit-motivation that cloud regulators’ judgment. Here’s a little video if you’d rather not read.

It is an impossible expectation that objectivity in research support or information dissemination could be exercised under these circumstances. These conflicts of interest undermine any and all safety claims, and leave those engaging with these technologies to look to research that has not been funded by corporate agendas to help navigate true concerns about risk. These are multibillion-dollar corporate giants with dollars to spare when it comes to influencing legislators and regulators.

These arenas and their implicit overlap as discussed here, are slated to unite in a number of in-development GMO-containing vaccines. We are already part of a vast, uncontrolled experiment, and this may add a layer of complexity that will be the ultimate straw that broke the camel’s back. If you’re anything like me, you want out of this deal you never signed up for. There is a way out. Make informed choices, trust your instincts, vote with your wallet.