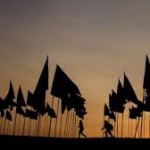 Two members of Congress, specially authorized to view documents on 9/11 censored under the personal authority of President Bush (43), have come away “absolutely shocked,” demanding immediate action.

However, the full story, told for the first time below, explains “why now” and who is really being targeted by revelations of cover-up and conspiracy.

In accusations published yesterday by the leading Tea Party publication, Family Security Matters, Saudi Defense Minister and Intelligence chief Prince Bandar referred to as “Bandar Bush” in his Wikipedia biography for his close relationship with that family, was said to be the planner of 9/11.

In an article by Paul Sperry of the Hoover Institute, Bandar was cited with fleeing the US to avoid prosecution. Here, Sperry quotes a government source:

“Our investigations contributed to the ambassador’s departure,” (2005) an investigator who worked with the Joint Terrorism Task Force in Washington told me, though Bandar says he left for “personal reasons.”

Despite these pronouncements, these accusations may well be unfounded speculation. What we have to ask is why are they being made now and why by political groups long close to the Saudi government. Why has Saudi Arabia failed to respond to these very public accusations coming from some of the highest authorities in Washington? “Why are the rats turning on each other?”

The two representatives had just been given authority under penalty of “national security secrecy” to read the censored 28 pages of the 800-page report that had not been seen.

For nearly a decade, the US has maintained security policies, both domestic and international, based on threats now known to have been totally fabricated. The cost, trillions of dollars, thousands of Americans dead in wars against “enemies” long known to have never been involved in terror attacks on America, the phony “hunt for bin Laden,” all of it, nothing but utter hogwash.

What has been made clear is that President Bush was fully aware that neither Afghanistan nor Iraq were involved in 9/11 and that military action against those two nations was done to cover involvement of his administration in 9/11, involvement that included support from foreign intelligence agencies.

The representatives, while reviewing the report, came to the portion titled “Specific Sources of Foreign Support.” A 28-page section here had been “butchered” by the White House on the personal orders of President Bush. On the original report given to Congress, an estimated 5-10,000 words were omitted from this section with page after page of dotted lines replacing text.

The full report carries a tale of not only broad complicity of foreign intelligence agencies but, in the use of the term “complicity,” indications of full knowledge of the funding and planning of 9/11 by the Bush administration.

However, the lawmakers, without the support of a resolution, are under a “gag order” and unable to name the nation or nations that supplied.

Israel, Saudi Arabia or both

Recent revelations tied to events in Syria and Egypt have exposed an unimagined level of cooperation between the intelligence services of Israel and Saudi Arabia. For years, Israel has cited Saudi Arabia as the greatest threat to their security, much greater than Iraq under Saddam or their claims of a “nuclear Iran.”

This and much else of what Israel has publicly claimed as part of their “mythology of victimization” is now recognized as falsehood. Though both Israel and Saudi Arabia are known as allies of the US, their partnerships with America have been with specific groups, extremists within government and the military willing to back the plots now plainly evident even when US interests are sacrificed or even American lives are lost.

Telling, today, is the relationship between Al-Nusra and other al-Qaeda “franchises” and the Israeli/Saudi alliance, a relationship that has provided both financial support and weapons, used against Syria, Lebanon and Iraq.

The sections of the 9/11 report that were censored by President Bush may well include reference to that al-Qaeda/Israel/Saudi nexus. What is clear is that not only did the Bush administration wrongly blame bin Laden or “al-Qaeda,” a spurious and illusory group at best, but that those cited, Israel, Saudi Arabia or both, though named for funding and supporting the 9/11 attack, were always under the full control of the Bush administration.

What does exist is proof that the war on terror was, in reality as confirmed by General Wesley Clark, a plan to invade and occupy 7 oil- and gas-rich nations.

In an article released yesterday on www.familysecuritymatters.org , Paul Sperry of the Hoover Institute cited, not just the Saudi government as having been behind 9/11 but set the relationship between George W. Bush and Prince Bandar at the crux of the conspiracy.

After the 9/11 attacks, the public was told al-Qaeda acted alone, with no state sponsors. “But the White House never let it see an entire section of Congress’ investigative report on 9/11 dealing with “specific sources of foreign support” for the 19 hijackers, 15 of whom were Saudi nationals.

It was kept secret and remains so today. President Bush inexplicably censored 28 full pages of the 800-page report.”

“Saudi consulate official Fahad al-Thumairy allegedly arranged for an advance team to receive two of the Saudi hijackers – Khalid al-Mihdhar and Nawaf al-Hazmi – as they arrived at LAX in 2000.”

What is important is that we understand who Sperry represents. Family Security Matters isn’t a simple blog. It is the voice of not just the extreme right but AIPAC as well. Their editors include Senator Ted Cruz, top GOP domestic policy maker and former UN Ambassador John Bolton, Islamophobe extremist, “Israel Firster” and a man who never saw a war he didn’t love.

“Family Matters” is the power center for everything pro-money, pro-hate and pro-Israel. Self-proclaimed “investigative journalist Paul Sperry serves with the Hoover Institute, along with former Secretary of State Condi Rice. The critical aspect of yesterday’s article is that it represents the first time the Israel lobby has been willing to throw former President Bush “under a bus” in order to distance themselves from accusations of complicity in 9/11.

Prior to the exposure of Israel’s role as “mentor” for al-Qaeda in Syria, America’s media was able to suppress not just “conspiracy theories” but accusations backed by evidence and testimony that placed Israel at the center of the 9/11 attacks.

Though there is no reason to assume Saudi Arabia is mentioned whatsoever in the redacted Congressional report, Sperry cites payments by Bandar to the alleged 9/11 hijackers and other funding to al-Qaeda.

“Other al Qaeda funding was traced back to Bandar and his embassy – so much so that by 2004 Riggs Bank of Washington had dropped the Saudis as a client. The next year, as a number of embassy employees popped up in terror probes, Riyadh recalled Bandar.”

Members of Congress have openly admitted that they have seen documentation that would support an immediate criminal investigation against President Bush (43) and his closest advisors. Further, those agencies involved in compiling this report, key portions of which have remained secret, were also responsible for lying to the 9/11 Commission, not just through omission. All the intelligence that sent America into two wars is now not just suspect, it is proven false.

Recognizing that the nations responsible have not yet been named, though attempts by Family Security Matters to subvert this process are underway, what does stand is evidence of the same conspiracy.

From a CIA transcript dated September 24, 2001, Osama bin Laden is quoted: “The United States should try to trace the perpetrators of these attacks within itself; the people who are a part of the US system, but are dissenting against it. Or those who are working for some other system; persons who want to make the present century as a century of conflict between Islam and Christianity so that their own civilization, nation, country, or ideology could survive.”