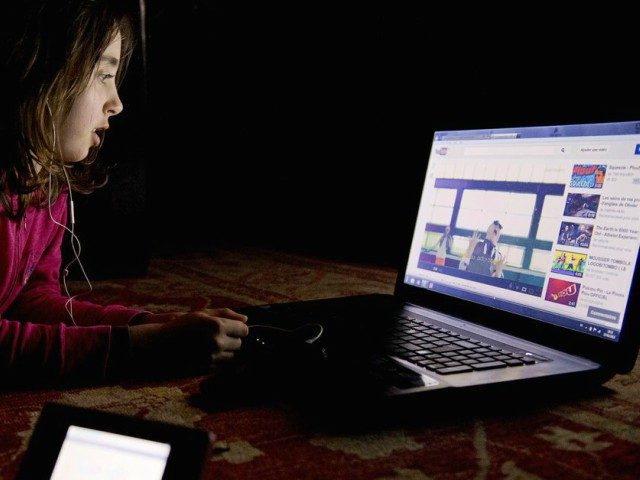 Corporations have begun pausing advertising on YouTube after ads for their products were appearing alongside inappropriate comments — some of which discussed pedophilia.

The Wall Street Journal reports that many advertisers have paused their advertising campaigns on YouTube after ads for their products appeared alongside videos that appeared to attract pedophilia-related comments. Advertisers such as Mars Inc., Adidas AG, supermarket chain Lidl, alcohol manufacturer Diageo PLC, and British satellite TV operator Sky PLC subsidiary Now TV have all suspended their advertising campaign on YouTube as the video-sharing platform works to better control content on their platform.

A YouTube spokesperson told the Wall Street Journal that videos and comments sexualizing or exploiting children were expressly forbidden on the platform and stated, “There shouldn’t be any ads running on this content and we are working urgently to fix this.” One of the videos that featured advertisements was of a young, pre-teen girl dressed in a nightdress, this video alone drew 6.5 million views. Many other videos featured young girls, sometimes filming themselves, often in various states of undress. Nearly all of these videos featured pedophilic remarks in the comment section.

”We are shocked and appalled to see that our adverts have appeared alongside such exploitative and inappropriate content,“ said candy manufacturer Mars in a statement. ”We have taken the decision to immediately suspend all our online advertising on YouTube and Google globally… Until we have confidence that appropriate safeguards are in place, we will not advertise on YouTube and Google.”

A spokesperson representing supermarket chain Lidl’s UK division said that it was,  “completely unacceptable that this content is available to view, and it is, therefore, clear that the strict policies which Google has assured us were in place to tackle offensive content are ineffective.” German sporting goods manufacturer Adidas stated that they were working closely with YouTube parent company Google and taking, “all necessary steps to avoid any re-occurrences of this situation.”

An extensive test of Google’s brand safety measures was performed as many as 20,000 times by BT Group, who reported that they work but “a small number of ads slip through and appear next to inappropriate content or content with inappropriate comments.”

Lucas Nolan is a reporter for Breitbart News covering issues of free speech and online censorship. Follow him on Twitter @LucasNolan_ or email him at lnolan@breitbart.com.