By Richard Lawless, published on The Caribbean Radio

Before the inauguration, Donald Trump and Preet Bharara met and an agreement was struck that would keep US Attorney Bharara in his current position in New York under a new Trump administration. 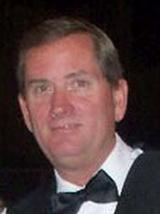 Richard Lawless is a former senior banker who has specialized in evaluating and granting debt for over 25 years. He has a Master’s Degree in Finance from the University of San Diego and Bachelor’s Degree from Pepperdine University. He sits on several Corporate Boards and actively writes for several finance publications.

New York Senator Charles Schumer was instrumental in getting Bharara appointed to that position and in return was asked from time to time to do favors for the senator and his allies. Up until recently, President Trump had no idea what was really going on. Once President Trump’s staff understood the quid pro quo, they had no choice but to ask for Bharara’s resignation.

In 2015, Puerto Rico defaulted on $70 billion in municipal bonds. Those involved panicked. There was ample evidence that the issuing agencies were technically bankrupt when they issued the bonds and that they purchased fraudulent credit ratings from Moody’s Fitch and S&P. Wall Street’s biggest banks then knowingly sold junk bonds to innocent investors, labeling them as safe investments. Everyone made a ton of money, except the innocent investors.

The evidence of this massive criminal act was overwhelming. The lawsuits and complaints to the FBI and SEC were streaming in. Dozens of Wall Street executives could go to prison. This was serious.

The Wall Street executives went to Senator Schumer and asked for two things: that no criminal investigations or prosecutions be considered and that he somehow limit the bondholders’ rights to keep them from suing.

By this time, all congressmen and senators were made fully aware of the potential fraud that had taken place in Puerto Rico. That didn’t stop Senator Schumer; he put together a small team consisting of himself, Elizabeth Warren, Senator Blumenthal and Senator Feinstein. In January 2016, they submitted a rider to the energy bill that unbelievably would prevent the innocent bondholders from suing. All four politicians were quickly rewarded and the Wall Street contributions flooded in.

Then an understanding was stuck with US Attorney Bharara that investigations would be sidetracked and no prosecutions would take place. As pressure was building with the public discovery of hundreds of new felonies related to the issuance of this $70 billion in bonds, the DOJ continued to ignore the evidence and sidetrack all efforts by their field personnel to prosecute. Bharara was paying back his mentor in spades.

The four senators continued to press for a prohibition of law suits, confiscation of what was left of the $70 billion in bond proceeds and a revocation of all the bond holders’ legal rights. They got what they were hoping for in the PROMESA legislation. The politicians then went on to shape an argument that whatever money was left that was not already stolen should be given to underfunded union pensions.

The level of corruption between the bond issuers, the rating agencies, the major Wall Street banks, the DOJ and our politicians would make the mafia blush.

Bharara was given a huge amount of information, including sworn testimony of the fraud and over 10,000 pages of documentary evidence. A second year law student could have convicted all parties under our current RICO statutes yet Bharara did nothing.