Cobwebs vs. Conciousness: Spring Cleaning in the Autumn 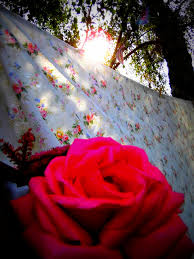 Cobwebs vs. Conciousness: Spring Cleaning in the Autumn

By Dani, published on Removing the Shackles, on October 29, 2014

This “resignation” by Kathryn May I believe will be followed by many more.  As we are moving through these new energies and awakening ourselves to what IS, we are breaking through the veils that have clouded our consciousness and the controls that have been programed into our very psyche.  As we awaken to our inner voice and to what truly resonates within our heart minds, we are breaking the shackles of control of the old systems.

A few months ago, I wrote a series of articles about the templates that have been used to control and manipulate us for eons.  (the tab at the top of this page will take you to the “Template Articles” HERE).  At the time, I received some back lash from various people and groups who took exception to the fact that I said that many of the “lightworker” and “New Age” movements were in fact being controlled from the highest levels to continue the current slave system and perpetuate the hierarchy.

Enter: The New Age Movement. …. and of course, all it’s various sects.
“Spirituality” is mixed up with “consciousness”, mixed with “eastern” religious systems of control (mantras, chakras,  staring at your belly button till you reach “enlightenment”, “Ascended Masters), mixed with “science fiction” (galactics, cosmics, Pleidians, Sirians,), then add a heavy dose of religious based indoctrination that is hidden behind words like “christ consciousness” “ascension” and “oneness”.
Each and every one of these religions- both old and new- have one very basic tenant that shines out very very clearly:  HIERARCHY
Regardless of what their doctrines preach, the deeper message is always the same: “good guys” vs “bad guys”, angels vs demons, etc..  Enlightenment/ascension/heaven/paradise is something that you must  “earn”, and your “position” is based on whether a higher-than-you “being” decides if you are worthy enough, or your frequencies are “high enough”.
In this “New Age” and “Ascension” movement that predominates so many avenues of discussion about  “spirituality” and “consciousness”, the “LOVE & LIGHT” message is almost always tied to a hierarchical system of separation.  There are levels of “D’ness” to attain: 3D. 5D, 7D, 500D…. There are frequencies to be “raised” to a “higher level”, and a system of Hierarchical beings/ascended masters/enlightened ones/”angels” and higher “D” level “galactics all in place to tell you who you are, what your “history” is, and what lessons you have to learn to make your own way up the “chain of command” in the “D’s”.
This is “their” religion template.  And it serves a very interesting purpose in this NOW moment…

In response to one of the people who sent messages to me through American Kabuki, I clarified with crystal clearness exactly what I meant:

Perhaps I should of been more specific, more exact in my descriptions who is following them (the controllers) and who isn’t.  I didn’t think it was necessary because I thought the one main statement I made with regards to ALL of the various templates was quite clear:  ANY group, organization, movement, network, system etc… that is working IN hierarchy, or working to set up a NEW hierarchy, or trying to change an existing hierarchy with another form of hierarchy IS being controlled by the “Controllers”.  That is it.  If a group is NOT perpetuating separation, is NOT working in a hierarchical system/order, is NOT trying to create a new system of control that allows someone to be higher and makes someone else lower than others…. then I am NOT talking about that group/organization/movement/network/system.  It really is a very simple template.

The other thing that I was working on addressing in a separate article (that has since been wiped out with my computer, lol), was the fact that most of these “controllers” aren’t “from around here”.  As I said previously, “they” have convinced very awesome people to be the “frontmen/women” of their control groups.  That was the only way to get people to actually BELIEVE their plans.  People can smell a dirty rotten rat from a mile away, so “they” almost always use very charismatic and passionate people who themselves truly believe that they are doing a good thing to change the world. That was the only way that the template would work.
In an nut shell:  Hierarchy = controllers.   That’s it.

What Kathryn writes below is EXACTLY what I was speaking about.  These controllers aren’t “from around here”.  None of them.  This is one of the vast secrets that “humanity” is discovering right now, and will continue to uncover:  That ALL of these systems of control- political, religious, financial, ethnic, geographical – ALL of them are being controlled by those hierarchies that are not “Earthly”, nor even from this perceived reality.  All the “controllers” that various alternative media outlets point fingers at (myself included in previous moments), are only lowly manager types.  The Obama’s and the Bush’s and the Putin’s etc… and just brokers and whores for the real controllers.

…. and the “Saviors” are actually the “Controllers” themselves.

But as I have been saying:  There are no “Good Guys” nor any “Bad Guys”….. there are only mirrors that have been put in front of us to SEE what IS.  All these so called “Ascended Masters”, “Angelics” “Saviors”, “St. Germaines”, etc…. are the Controllers- they are holding up the mirrors that we need to SEE in order to SEE what was and what IS.  To give us the opportunity to really kNOW that we ARE the ONEs we have been waiting for.

This has never been about being “Saved”, or “Rescued”.  Our entire existence experiment experience has been about SEEing Every aspect of duality and separation in Every way possible, so that we can kNOW ALL OF IT.  …..

…..And then we can find our way home to ONE. To truly and completely SEE that we are all ONE.

As so many of us awaken to this truth, it shines a light brighter than the brightest star in the universe.  WE BE LIGHT.  WE BE LOVE.  WE BE….. all that IS.  As we move forward and we truly SEE this, all of the old control mechanisms fall away and no longer can be used to keep us in the fog and darkness of confusion and fear.  As we move forward, the bindings and shackles that have been  steering us away from truth, misguiding us with babble and false hopes, that are literally energy harvesting of the highest order…. we walk forward into NOW and breath in the FREEDOM of being unfettered by structures and hierarchies- no matter how subtle.  NOW is the time to shake our minds and hearts free of the programs and brain washing that have been glamored over us, and to really look within to SEE and understand that programming.

THIS is what all the energetic clearing for the past few months has been about.  Clearing away all the cobwebs and last dust bunnies in the darkest corners of our minds and consciousness- doing a final spring cleaning if you will, so that as we move forward, we are not stumbling over the thorny brambles and the shit that clutters the landscape, threatening to trip us up.

To Kathryn I send the hugest hugs and spirals of LOVE.  I have been there too. We all have.

Kathryn E. May will no longer be channeling Mother/Father God and Sananda

4 Comments to “ Cobwebs vs. Conciousness: Spring Cleaning in the Autumn”