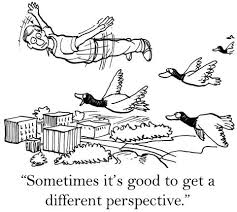 By Dani, published on Removing The Shackles, on September 1, 2014

I am going to give you some data.  For many of you, most of this data won’t mean much, but for some of you, this data will illuminate a lot of pieces of “the puzzle”.  I am not giving names, but will give details.

In December 2010 a certain person was “picked up” (kidnapped) from his home and flown to Switzerland.  This person is one of only two people with access to the Global Collateral Accounts (which I have mentioned a few times before).  He was “asked” to activate “old” accounts that were dormant, and then was flown to Virginia (cough cough cough Langley cough cough). When he reappeared a few weeks later he asked a certain person to help him manage some “special” accounts…. accounts from Egypt.  Less than a month later, Mubarak resigned under pressure.

Back track a bit.  In early December 2010 a person I know was asked to take a “job” that would pay in excess of $50K per month.  This job had to do with building a “stage”, if you will.  A stage of a middle eastern type town.  To act out various “scenarios”……  Now, as “luck” would have it, circumstances twisted themselves to make this “offer” impossible to accept, and yet, the timing and the details of this “job” gave a huge amount of clarity to what was happening later on.

On December 18th, 2010, “Arab Spring” was launched.  “Arab Spring” was funded by the CIA, supported by the “big 5” at the table, to further their agenda(s). The agendas were twofold. The secondary agenda was the taking down of various Middle East regimes – such as Mubarak in Egypt (and steal those funds)- and Muammar Gaddafi in Libya (which was vital as Gaddafi was about to introduce a 100% gold backed currency that would of crushed the Federal Reserve).  But the first and foremost agenda for funding and training all of the leaders of Arab Spring, was to create a back drop for the US “Government” to instill fear in the hearts of the population, and ready the police and legal actions in preparation for…..

Occupy Wall Street was completely funded by the Bankers and Cabal to create an excuse to shut down all forms of demonstrations, marches, and rallies in the USA and abroad.  To give the “government” of America (and thereby all other “western” “governments) the justification necessary to roll out full martial law.

Back in October 2011, Heather Tucci Jarraf was asked to speak with OWS founder David. The phone conference call was set up by Charlie Miller.  Heather told David then that Occupy Wall Street was being funded by Wall Street itself and that “they” were planning on using his work to re-phoenix the current system of control.  During the call, David refused to believe what he was being told, but began to see the signs of what she had told him and realized that it was actually true.  Heather’s prime advice to David was to make sure that there was absolutely NO violence used by the perceived “occupiers”, and to insure that nothing was done by the people to give the “government” an excuse to justify instituting full on martial law.

… And that is exactly what he did.  Any people causing deliberate trouble or inciting violence were immediately nabbed by the real “Occupiers” and identified as being plants and agents sent in BY the military, police and banks to start riots.  Thus the planned agenda of Occupy was destroyed and the people- the REAL BEINGS who stood up to the fraudulent corrupt bankers – WON.   How did they do this?  By seeing through the agenda’s behind the original OWS Movement and taking back the power of the people and giving it back TO the people.

That is exactly what happened during the Arab Spring uprising as well.  The agenda’s by the “governments” and agencies were never fulfilled and were quickly doused by the will of the REAL BEINGS who were standing up for freedom.

This is what I have been talking about in the various template articles I have written over the past few weeks.  “Their” templates/plans/agendas are ALL failing right now.  People who are moved to create change with their hearts, are BEing the change and  DOing what needs to be done to not allow these agendas to roll out- even when they don’t know the agendas are there to begin with.  There is no Martial Law,  The FEMA camps are empty, the “authorities” are being stymied at every turn….

This is the NOW of UNITY. The moment to remove the agendas and move forward together.  Not in separation, not within systems that bind and control- whether old or new,  not in hierarchy, not with any templates…. We have been there.  We have done that. We never need to experience that again- in any way, shape, or form.   DONE.
It is the Moment to bring together all these systems that have been used in the past and the present, to co-opt what was suppose to be, into what IS.

NOW is the Moment for the people who are truly BEing and DOing to co-opt what was co-opted.  This is the time when ALL of us stand together and say “NO MORE” to all of the agendas and the hierarchies, and all of the systems that are meant to control our BEing and DOing.

It is not about uprising or revolution.  It is about quietly standing and saying “No Thank You” to those agendas.  It is about SEEing the agendas and systems for what they are and then making a different choice- a choice to DO things differently.

If everyone chooses to BE who they are, then why do we need structures and systems anyway?

There is only one Rule:
DO as you wish, as long as you do no harm to another.

It IS the moment for UNITY.  Let everyone come together and BE and DO in complete freedom.