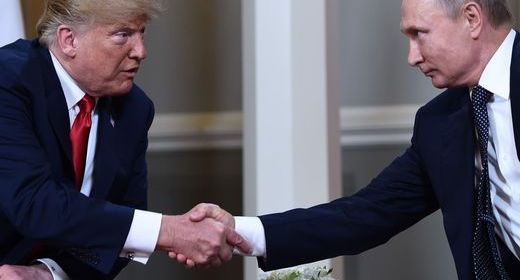 About the intelligence transfer:

I have zero doubt this happened, but the actual size of the intelligence transfer is in question, and it was likely not actually handed directly to Trump. This new information, which was obstructed from Trump by American intelligence is probably why there are pictures of Trump looking very distressed during the press conference after meeting with Putin.

PROBLEM: All I had to do was hit Ebay, type tb flash drive, select “highest price first” and 2 terabyte flash drives came up. Granted, they are a couple grand but considering the last time I was at Computer Centro a few months ago, there were 512 gig flash drives hanging right there on the rack, 1TB would not be a stretch for ordinary people to have when you can just buy it on Ebay. Here is the magical mystical terabyte flash drive on Ebay that “does not exist”. The debunkers of the intelligence transfer story have no credibility.

So where does that leave us?

There’s no question Trump got a REAL, and I mean REAL intelligence briefing in Helsinki and that is why the left is freaking out. Whether or not Hal Turner got a real source on that info (plausible, I am not saying he did not) and exactly how accurate it was (160 terabytes is something Trump could never in a million years go through, so why hand him that much) My guess is that Trump got a condensed easy to digest version of the story that was complete enough to confront the most critical people, and the actual 160 terabytes of data, whatever the amount really is, is instead “available” for Trump to have people who are not compromised go through when the time is right.

One thing is quite clear: The world changed in Helsinki. It was an epic, historic event. And we will now get to see if we will win or lose, because the dark side of the equation has to act now. We are going to see what they have, and if they can be beaten.

Additionally Putin has been reported in Mex Media to be headed to the White House for a second meeting with Trump. Crickets in American media on this topic.

160 TERABYTES, that’s with a T. It is all the communications, phone calls, EVERYTHING the corrupt U.S. intelligence agencies did to undermine the presidency and rig the election, all the communications from rigged media, and it is all in plain English. Yes, Putin and Russia were doing hacking I guess because they have the entire crime body nailed from top to bottom. Pulled the pants right off the NSA. They must have known about that vulnerability in all Intel processors and exploited it. Ouch. That would be “unintended consequences” if there ever were . . . .

THERE IS NOT A PEEP ABOUT THIS IN THE AMERICAN MEDIA, BUT MEX MEDIA AT LEAST REPORTED PUTIN IS ON HIS WAY TO THE WHITE HOUSE TO MEET WITH TRUMP TO DISCUSS INTELLIGENCE AND SECURITY ISSUES. THIS IS CLEAR.

That story is straight. Here’s how I know: I commented to Claudia that they were reporting old news about a Trump Putin meeting. I at least understood that much. Then Claudia said, no, they are not reporting the old meeting, they are reporting that there is going to be a second meeting, this time at the white house. I understood the security part and was wondering what went on in Helsinki for that, but as it turns out, that’s going to be a future discussion.

I just checked American sources on this topic and there are only crickets. But is is confirmed that Mex Media did report this, on Diez en Punto (I hate them now but that’s beside the point) at least if they said Putin was headed to the U.S. that would not be wrong.

160 terabytes of the truth, while American intelligence did nothing but lie their asses off to Trump would be precisely why there is such an enormous freak out going on in the criminal MSM, criminal intelligence agencies, and criminal left in general. They now know Trump knows EVERYTHING THEY LIED ABOUT and they are scared sh*tless.