by Justin Gardner, published on The Free Thought Project, on January 26, 2017 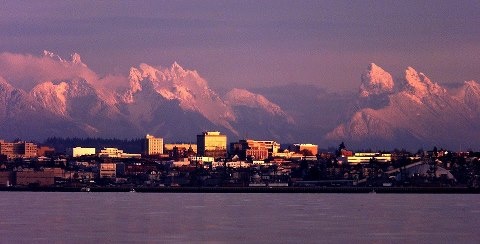 A major pharmaceutical company that was exposed in 2016 for its complicity in wrecking countless lives is now facing a new kind of lawsuit. The city of Everett, Washington has filed suit against Purdue Pharma, claiming it ignored criminal trafficking of huge quantities of the drug OxyContin – in violation of federal law – and primarily caused an opioid epidemic.

According to the LA Times:

“In a complaint in state Superior Court, city lawyers accused Purdue of gross negligence, creating a public nuisance and other misconduct and said the company should pay costs of handling the opioid crisis — a figure that the mayor said could run to tens of millions of dollars — as well as punitive damages.”

OxyContin, a patented form of oxycodone which hit the market in 1995, ushered in the era of opioid addiction and brought billions in profits to Purdue Pharma. Owned by the Sackler family, Purdue came to control nearly a third of the U.S. pain pill market through massive marketing and a campaign of deception against doctors and patients.

Purdue identified doctors around the country who were prescribing the most pain medications – even doctors it knew were acting recklessly – and targeted them with a marketing onslaught. It worked, and “from 1997 to 2002 prescriptions of OxyContin for non-cancer pain increased almost tenfold.”

Purdue has been sued numerous times before concerning its marketing to doctors and OxyContin’s risk of addiction, but the Everett lawsuit is the first to focus on the company’s knowledge of criminal distribution after the Times investigation.

“The Times’ investigation, published in July, disclosed that for more than a decade, an internal security team at Purdue monitored doctors and pharmacies it suspected of colluding with dealers and addicts. In the case of the L.A. ring, criminals set up a phony clinic near MacArthur Park in 2008 and worked with corrupt physicians and pharmacies to obtain pills over 18 months.

A Purdue sales manager dispatched to investigate the high volume of prescriptions at the clinic found a rundown building thronged with rough men and urged supervisors to alert the Drug Enforcement Administration, saying she was “very certain this is an organized drug ring.”

Despite her pleas and additional evidence suggesting that pills were pouring into the hands of criminals, company officials did not go to authorities until years later when the drug ring was out of business and its leaders under indictment. By then, 1.1 million pills had spilled into the illicit pipeline.”

These disturbing revelations come on top of a prior investigation that found Purdue maintained a secret Purdue database of 1,800 suspect doctors, but only about 10 percent of them were reported to law enforcement.

As a result of this willful ignorance, OxyContin – a powerful formulation of oxycodone which was labeled a dangerous drug before being patented – flooded the streets across America and gave rise to the opioid epidemic.

By the year 2000, Purdue was producing 160mg tablets which became wildly popular as users could crush, sniff or inject the pill for a powerful, long-lasting high. In 2010, Purdue reformulated OxyContin to make it harder to abuse, but this simply drove addicts to heroin.

Purdue claimed the potential for addiction was very small or “less than 1 percent.” In 2007, “Purdue and its top executives pleaded guilty to charges that it misled doctors and patients about the addictive properties of OxyContin and misbranded the product as “abuse resistant.””

Now, the city of Everett is seeking to hold Purdue accountable for allowing its most profitable drug to flood the streets, by failing to report known criminal trafficking of the drug, which has resulted in countless wrecked lives and millions of dollars in costs to the city.

Heroin is now an enormous problem, thanks to OxyContin. Fatal overdoses are common and government budgets are overwhelmed. Jails are full of addicts in need of detox, city blocks have become open-air drug markets, and homelessness has exploded. At one point, OxyContin was a factor in more than half the crimes in Snohomish County.

“Purdue’s improper actions of placing profits over the welfare of the citizens of Everett have caused and will continue to cause substantial damages to Everett,” lawyers wrote in the complaint. “Purdue is liable for its intentional, reckless, and/or negligent misconduct and should not be allowed to evade responsibility for its callous and unconscionable practices.”