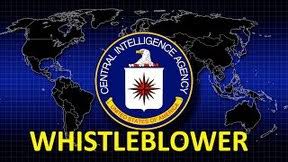 Kevin Shipp a decorated CIA officer who refused to look the other way in regard to government criminality and cover-up. This documentary is a very important public awareness event that was held in California, Mr. Shipp gave an extremely informative and compelling presentation on numerous horrific historic and ongoing government crimes. The subjects Kevin Shipp addressed included Chemtrails or climate engineering, the nine + eleven false flag inside job, vaccination dangers and it’s cover-up, and the governments total persecution of anyone who dares to tell the truth about rampant government tyranny. The paradigm we have all known has been built on deception and the dark agendas of the global power structure. The courage Kevin Shipp has shown by doing his best to expose government criminality and tyranny serves as a stellar example to all of us. We desperately need other individuals in government agencies and the US military to follow Kevin’s lead . If we have any chance of stopping the completely out of control criminal cabal Deep State that currently runs our country and much of the world, we must all make our voices heard, we must all join the battle for the greater good. Please TWEET President Trump TODAY to Investigate Chemtrails!

Chemtrails
The secret government or Deep State has been spraying the skies throughout North America since late 1997 on an almost daily basis with substances that were first identified as “mystery contrails”, but later were dubbed “chemtrails” by investigative reporter and author William Thomas. When questioned, military and government officials either deny any knowledge of these spraying’s outright or they offer unbelievable and ludicrous explanations that only a moron could believe. These spraying’s are making many people sick and are the first phase of a bio-warfare operation designed to effect wide scale population reduction .. What can YOU do and Find out what’s going on: http://www.geoengineeringwatch.org

By cooperating in secret with jet fuel manufacturers, government agents have carefully kept the massive chemtrail efforts completely under wraps. Snowden added, “I am only revealing this program because there is no oversight in the scientific community, no public discussion, and little concern for the side-effects which are well known only to a few privileged people interested in continuing the decades-long chemtrail program in secret.”