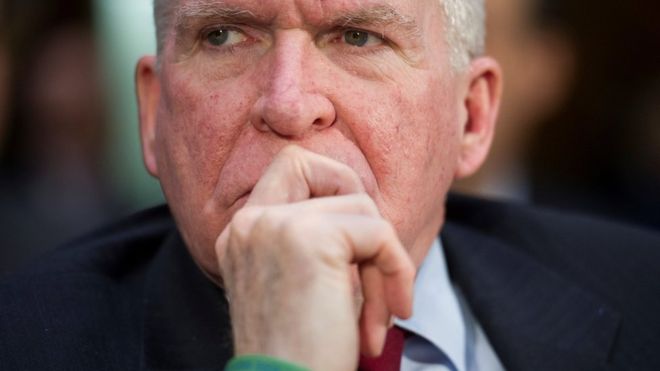 He said spontaneity was not in the interests of national security.

Mr Trump is known for regularly making broad pronouncements on issues of national importance on his Twitter feed.

“I think Mr Trump has to understand that absolving Russia of various actions that it’s taken in the past number of years is a road that he, I think, needs to be very, very careful about moving down,” he said.

Mr Brennan’s remarks, in an interview for Fox News Sunday, come a week after the release of a US intelligence report which said Russian President Vladimir Putin had probably attempted to influence the election.

Mr Trump is considered to have underplayed for months the conclusions of the intelligence community that Moscow hacked Democratic candidate Hillary Clinton’s campaign. He only accepted them at a news conference on Wednesday.

Meanwhile both the Kremlin and Mr Trump’s team have denied reports in the Sunday Times newspaper that the two sides were planning a summit between Mr Trump and Mr Putin in the Icelandic capital Reykjavik.

Reykjavik was the venue for a summit in 1986 – near the end of the Cold War – between Ronald Reagan and Mikhail Gorbachev, the then US and Soviet leaders. 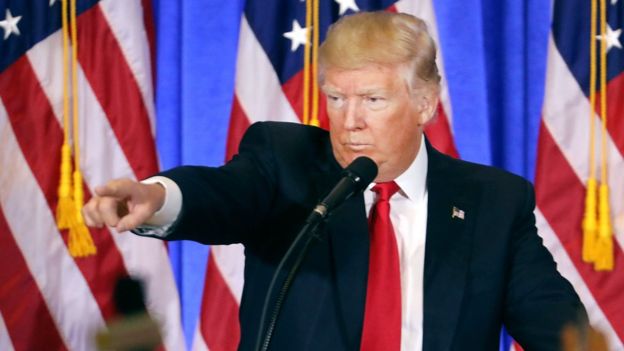 Mr Brennan said “talking and tweeting” was not an option for Mr Trump, who takes office next Friday.

“Spontaneity is not something that protects national security interests and so therefore when he speaks or when he reacts, just make sure he understands that the implications and impact on the United States could be profound,” he said.

“It’s more than just about Mr Trump. It’s about the United States of America.”

The CIA director also took Mr Trump to task for accusing the intelligence services of leaking an unverified dossier which suggests Russian security officials have compromising material on him, which could make him vulnerable to blackmail.

“What I do find outrageous is equating the intelligence community with Nazi Germany,” he said, referring to a tweet by Mr Trump last Wednesday.

“There is no basis for Mr Trump to point fingers at the intelligence community for leaking information that was already available publicly.”

But Mr Trump responded with tweets quoting veteran Washington Post journalist Bob Woodward, who told Fox News Sunday that the dossier should never have been presented at an intelligence briefing and that the intelligence services should apologise for their mistake.

The president-elect has described the claims as “fake news” and “phoney stuff”.

Russia also denies the existence of the dossier and says allegations that it ran a hacking campaign to influence the elections are “reminiscent of a witch-hunt“.