By Brandon Turbeville, published on Activist Outpost, on June 13, 2017

Hyped and heaped with praise from establishment corners all across the United States, the heavily opinionated Christiane Amanpour has long promoted the line of the Military Industrial Complex whenever its methods come in the form of “humanitarian bombing” and war under the guise of “Responsibility to Protect.”

Amanpour has long been a successful propagandist for the establishment, particularly when it came to Syria. However, it seems even Amanpour has stuck her neck out a bit too far now. After the picture of Omran Daqneesh (“Little Omran”) was paraded across Western television screens, Amanpour attacked the Russian Foreign Minister Sergei Lavrov with the image in order to browbeat him and claim that Russia was supporting a “butcher” in Syria who was killing civilians with abandon. 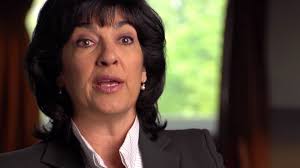 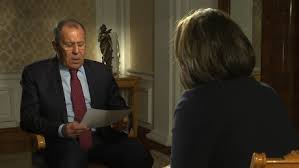 “What do you say to the civilians, who are simply asking for the right to not be bombed? That is a war crime, sir,” she warbled, while brandishing the photo.

Yet, after Little Omran and his father resurfaced, Amanpour’s propaganda has fallen apart. This is because the boy’s father has revealed that the photo was nothing more than a clever photo op taken by the White Helmets for the purpose of demonizing the Syrian government. Furthermore, it was revealed that the terrorists attempted to pay and otherwise coerce the man to allow Omran to be used as a stage prop for further propaganda videos. The sharpest sting to Amanpour’s narrative, however, might be the fact that the boy’s family fully supports the Syrian government.

With these new revelations having made their way across the alternative and independent media, the mainstream has only offered scant coverage of Omran’s re-emergence. Amanpour has remained stone cold silent, however.

This has prompted the Russian Foreign Ministry to offer a challenge to Amanpour – simply interview the boy and his family and follow up on the story she once reported with such apparent conviction.

“She may have enough courage, journalistic professional ethics and simple human conscience to finish it. To go to Aleppo, to go to Syria, find the family of that boy and do a really honest interview with him, not a staged one, which CNN is so capable of,” said State Department Spokeswoman Maria Zakharova.

“You may ask some possibly difficult questions and produce a true report about this boy. About how the US media have been spinning his photo and his story and for years the fate of Syria as well,” she added.

Zakharova added that both the mainstream media and CNN specifically, “have been caught red-handed” with their use of the “Aleppo boy” image, and added that they should take responsibility for their reporting.

Editor in Chief for RT, Margarita Simonyan, offered to help facilitate the interview. “We could take Christiane Amanpour and anyone wishing to come with us next time. As long as they have the courage to talk to this boy Omran and his family,” she said.

So far, there has been no word from Amanpour as to whether or not she will accept the challenge. We somehow doubt that the allegedly courageous Amanpour will take Russia up on its offer. Instead, we suspect she will state (if she addresses the issue at all) that the offer is some nefarious Russian plot to justify killing civilians and destroy Western media credibility. Ironically, Amanpour and her ilk have pretty much accomplished both themselves.

Brandon Turbeville – article archive here – is the author of seven books, Codex Alimentarius — The End of Health Freedom, 7 Real Conspiracies, Five Sense Solutions and Dispatches From a Dissident, volume 1 and volume 2, The Road to Damascus: The Anglo-American Assault on Syria, The Difference it Makes: 36 Reasons Why Hillary Clinton Should Never Be President, and Resisting The Empire: The Plan To Destroy Syria And How The Future Of The World Depends On The Outcome. Turbeville has published over 1000 articles on a wide variety of subjects including health, economics, government corruption, and civil liberties. Brandon Turbeville’s radio show Truth on The Tracks can be found every Monday night 9 pm EST at UCYTV. His website is BrandonTurbeville.com He is available for radio and TV interviews. Please contact activistpost (at) gmail.com.

This article may be freely shared in part or in full with author attribution and source link.