BEIJING (Reuters) – China is willing to resolve its trade dispute with the United States through “calm” negotiations and resolutely opposes the escalation of the conflict, Vice Premier Liu He, who has been leading the talks with Washington, said on Monday. 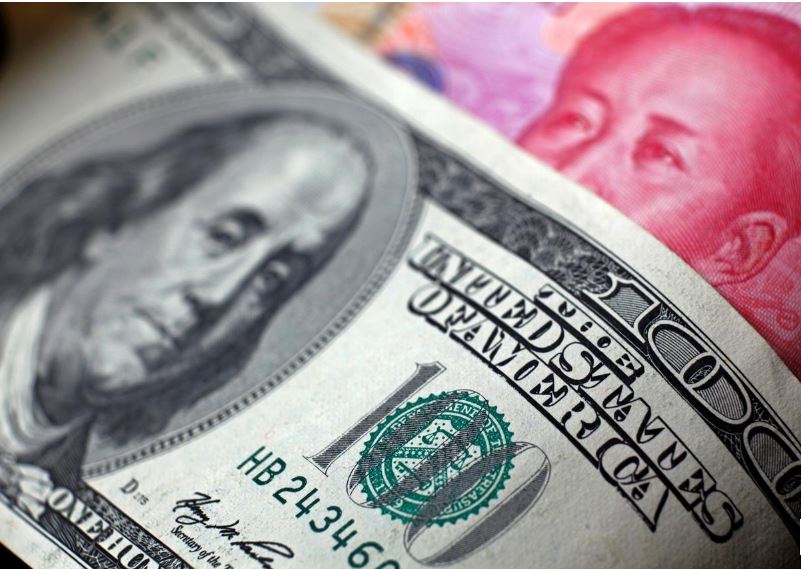 The increasingly bitter trade war between the world’s two largest economies sharply escalated on Friday, with both sides leveling more tariffs on each other’s exports.

U.S. President Donald Trump announced an additional duty on some $550 billion of targeted Chinese goods on Friday, hours after China unveiled retaliatory tariffs on $75 billion worth of U.S. goods.

However, Trump appeared on Sunday to back off on his threat to order U.S. companies out of China.

Liu, speaking at a tech conference in southwest China’s Chongqing, said nobody benefited from a trade war.

“We are willing to resolve the issue through consultations and cooperation in a calm attitude and resolutely oppose the escalation of the trade war,” Liu, who is President Xi Jinping’s top economic adviser, said, according to a government transcript.

“We believe that the escalation of the trade war is not beneficial for China, the United States, nor to the interests of the people of the world,” he added.

U.S. companies are especially welcome in China, and will be treated well, Liu said.

“We welcome enterprises from all over the world, including the United States, to invest and operate in China,” he added.

“We will continue to create a good investment environment, protect intellectual property rights, promote the development of smart intelligent industries with our market open, resolutely oppose technological blockades and protectionism, and strive to protect the completeness of the supply chain.”

It was not clear exactly how Trump could get U.S. companies to leave China.

U.S. Treasury Secretary Steven Mnuchin said Trump could order companies out of China under the International Emergency Economic Powers Act if he declared a national emergency.

The trade war has damaged global growth, upset allies, and raised market fears that the world economy will tip into a recession.

Global stock markets reeled on Monday after the latest measures, while China’s yuan currency fell to a fresh 11-year low. Investors streamed into the safe harbors of sovereign bonds and gold.

The official China Daily said in an editorial that Washington would “never be allowed to control China’s fate”.

“It has become unquestionably clear that his administration’s tariff war against China is politically motivated. What Washington wants from its largest trade partner is for it to be content to play second fiddle and meekly do as it demands,” the English-language paper wrote in an editorial.

“Washington has again taken the initiative to escalate the fight in the hope that Beijing will throw in the sponge as early as possible. But Beijing regards the trade war as an unavoidable trial by fire, from which the country will emerge stronger.”

The Global Times, a widely-read tabloid published by the ruling Communist Party’s official People’s Daily, said leaving the Chinese market would be “suicide” for U.S. companies, especially for auto firms.