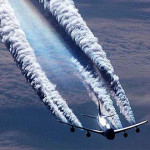 Mirrored from “WuweiTranslations” Thank you…
We have people examining the info and will update asap. If genuine this will be a game changer.. Published on 17 May 2014

At the Monday Demonstration in Dresden on May 12, 2014, a guy came forward during the open mike session and told the audience he participated in installing chemtrails devices on airplanes. Guess what happened when he went to the local representatives with proof in hand.

The “New Monday Demonstrations” (actually, “Mahnwachen für den Frieden”) were started by Lars Mährholz in march 2014 as a grassroots movement for world peace and a fair monetary system. As of midst of May 2014, Monday Demonstrations are taking place in over 60 cities in Germany, Austria and Switzerland, and is still growing. After the mainstream media and various forces from left to right in the first place ridiculed, defamed, attacked or ignored the movement, now the media have started to report, in a less harsh way.
The term “Monday Demonstration” refers to the peaceful grassroots demonstrations in East Germany in 1989 in which finally hundreds of thousands citizens took part and which, amongst others, led to the fall of the wall on Nov 9, 1989.