by Sara Carter, published on SarahCarter.com, on March 2, 2018

House Intelligence Committee Chairman Devin Nunes demanded Thursday that the Department of Justice investigate what appears to be clear violations of FBI protocol and possible criminal violations under federal law when the bureau obtained a warrant from the Foreign Intelligence Surveillance Court to spy on Carter Page. Page was a short-term advisor during President Trump’s 2016 election.

In a letter to Attorney General Jeff Sessions, Nunes requested that the DOJ provide answers to what the committee deemed was a “clear violation of FBI protocols” in obtaining the warrant against Page in October, 2016. The committee also wants to know whether guidelines embodied in the latest unreacted 2011 version of the bureau’s Domestic Investigations and Operations Guide(DIOG), which outlines what the FBI must do when submitting an application for a warrant to spy on an American, was changed to allow the bureau to obtain a warrant with less evidence.

“If not, what steps has the DOJ/ and FBI taken to hold accountable those officials who violated those protocols,” Nunes asks Sessions in his letter.

FBI and DOJ officials could not be immediately reached for comment. 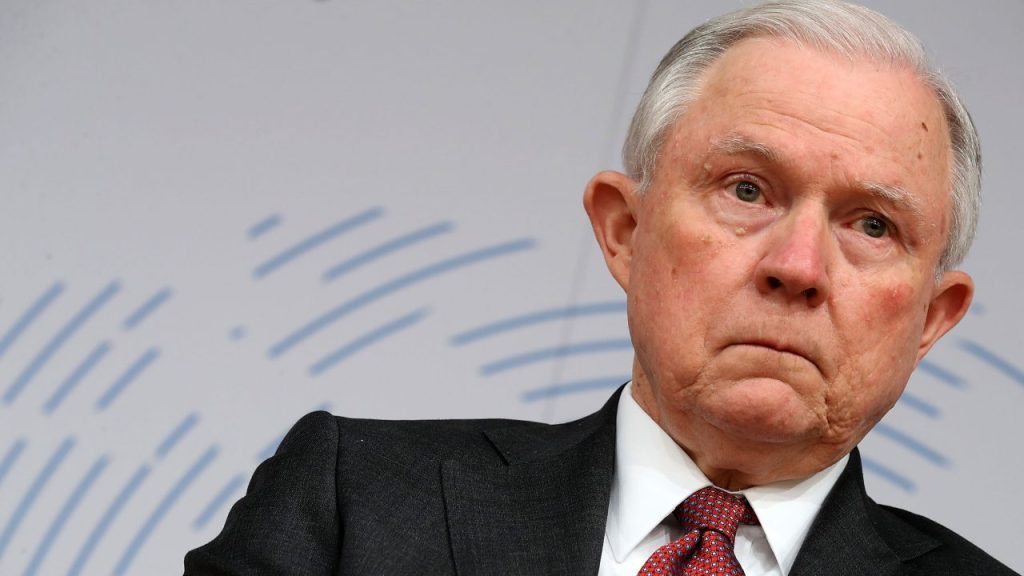 Nunes has requested that the Department of Justice answer the committees questions no later than March, 8. A copy of the letter was sent to DOJ Inspector General Michael Horowitz, who is currently investigating the FBI’s handling of former presidential candidate Hillary Clinton’s use of a private email server. The committee also attached the memorandum on Page and their initial investigation into the warrant obtained by the FISA court to the letter delivered to Sessions.

On Wednesday, President Trump tweeted his displeasure in what he noted was the failure of the DOJ and Sessions to adequately investigate the FBI’s role in obtaining the warrant.

Why is A.G. Jeff Sessions asking the Inspector General to investigate potentially massive FISA abuse. Will take forever, has no prosecutorial power and already late with reports on Comey etc. Isn’t the I.G. an Obama guy? Why not use Justice Department lawyers? DISGRACEFUL!

Session’s responded by saying, “as long as I am the Attorney General, I will continue to discharge my duties with integrity and honor, and this Department will continue to do its work in a fair and impartial manner according to the law and Constitution.” 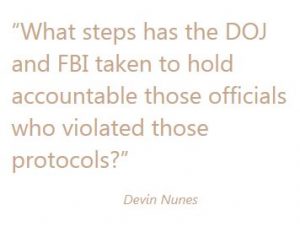 Republican’s congressional investigations revealed last month that the FBI did not disclose to the secret court information on the origin of the evidence it used when it obtained a surveillance warrant on Page. The evidence raised significant concern among Republicans and the White House who are calling on Sessions to investigate the full scope of the FBI’s investigation into Page and the Trump campaign. According to a memo released by Republicans with the House Intelligence Committee, the FBI did not disclose that the Democratic National Committee and the then Hillary Clinton Campaign financed former British spy Christopher Steele’s dossier. The dossier was the primary evidence used to obtain the warrant. Democrats released their own redacted memo Saturday saying that a footnote on the application submitted by the FBI stating that the bureau “speculated” the dossier may be politically motivated was the proof that the FBI did inform the courts.