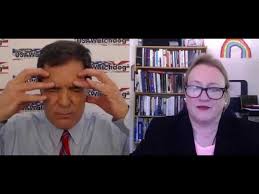 How does Donald Trump win against the evil trying to stop his Administration? Financial expert Catherine Austin Fitts contends, “Trump wins by staying focused on the real issues. The U.S. economy needs a variety of things, including turning the federal budget around. . . . . The reality is the federal budget has a negative return to taxpayers. It’s got to be turned positive. . . . That comes down to tax reform, infrastructure and it comes down to Obama Care. . . . Trump is the Titanic Turner, and he needs to stick to the big issues. . . . He has to make sure the shriek-o- meter does not destroy his top lieutenants and put space between him and them. Otherwise, the pigs are going to step in and run things.”

In closing, Fitts says, “What’s killing this economy is corruption and lawlessness. That’s what’s killing the economy. We need to deal with these problems.”

Join Greg Hunter as he goes One-on-One with Catherine Austin Fitts, founder of “The Solari Report” on Solari.com.

All links can be found on USAWatchdog.com: http://usawatchdog.com/empire-strikes…