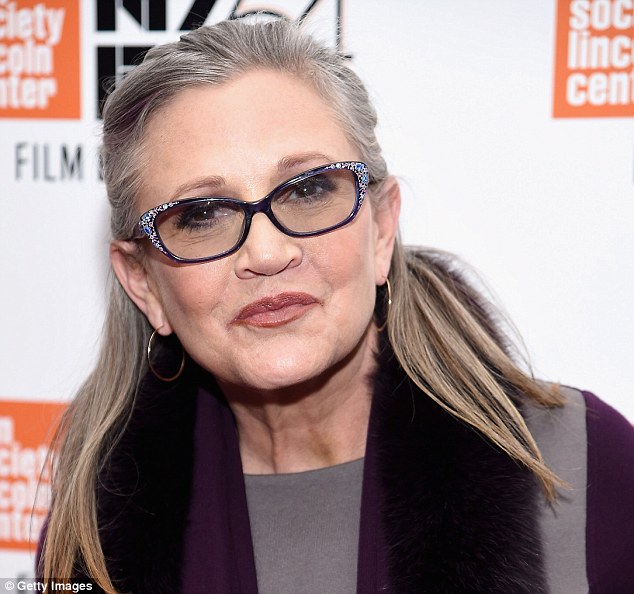 Carrie Fisher’s autopsy was unable to determine her cause of death.

The 60-year-old actress suffered a cardiac arrest during a flight from London to L.A. on Tuesday, and died in hospital a short time later.

Her death certificate was issued today to allow her family to arrange her funeral. A person cannot be buried without a valid certificate.

But the document does not list a cause of death because it’s not clear what killed her, TMZ reports.

Fisher’s brother Todd Fisher revealed that his sister will be buried with their mother Debbie Reynolds. He is pictured above left with Reynolds, Carrie and her daughter Billie Lourd in 2015

The L.A. County Coroner’s Office said the cause is ‘not obvious’ so they have deferred their conclusion to allow them to carry out further tests.

Fisher’s brother Todd Fisher revealed that his sister will be buried with their mother Debbie Reynolds.

Reynolds, whose decades-long career including a starring role in Singin’ in the Rain, suffered a stroke and died just one day after her daughter. 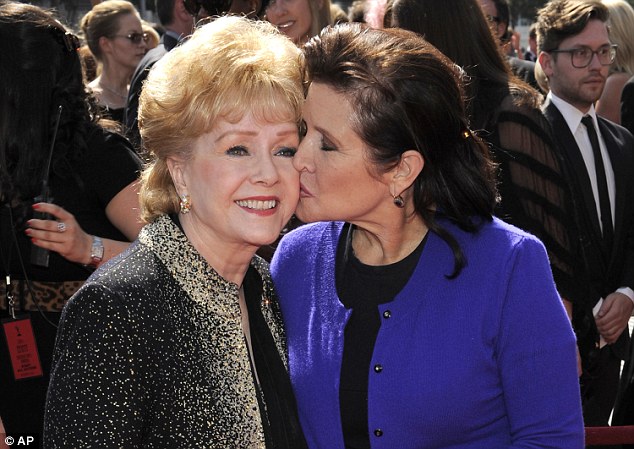 The mother-daughter duo are set to have a joint funeral and be buried next to each together ‘among friends’, including actress Bette Davis and legendary pianist Liberace at the Westwood Village Memorial Park in Los Angeles.

Todd revealed that while they were selecting the area where they’d be buried, hummingbirds appeared at one spot in particular. Fisher said he knew that’s where he wanted them to rest forever.

‘We were going all over the place, and we got to this one place to look at this one thing, these hummingbirds came, and it was just like ‘fait accompli,’ as my mother would say.’

Of how he wants his mother to be remembered, Fisher said as a ‘great, strong person who was an inspiration to others, and his sister as an amazing champion of women.’

‘You know, Carrie’s Molly Brown too, let’s face it,’ he said. ‘She is the Molly Brown with the diamonds on the sole of her shoes.’Carrie and her mother were very close throughout their lives.

Todd revealed that his mother’s last words were that ‘she missed Carrie and wanted to be with her’.

‘She then said that she really wanted to be with Carrie in those precise words,’ he told ABC’s Elizabeth Vargas in the interview that aired Friday night.

‘Within 15 minutes, she faded out and within 30 minutes she technically was gone.’

‘She didn’t die of a broken heart,’ 58-year-old Fisher added. ‘She just left to be with Carrie…Carrie was a force of nature in her own right, you know, it took another force of nature to bridle and work with that and she was great with her.’

Legendary actress Reynolds is expected to be laid to rest in one of her favorite red dress suits, as after her son was pictured with it while planning the joint funeral.