by Carl Boudreau, published on Gaia Scenics’ View, on December 21, 2016 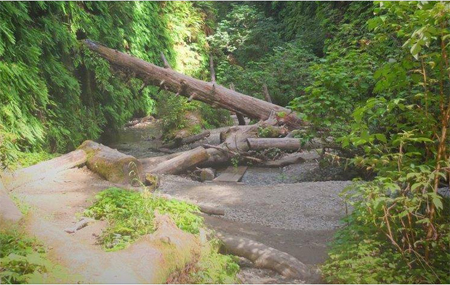 [Before leaving, check out my support links at the end of the article. – Carl]

For some months I have been constructing a wider narrative and trying to provide a broader astrological context. This month I want to focus more narrowly on the climactic astrological conditions of January 2017.

In October’s post I discussed the development of what I have called the oligarchic alignment at considerable length. Before that post and since I have been discussing the slow breakdown of this structure following a roughly forty year run.

Those interested in more background might check out October’s post and other recent posts (linked below). Or, for a more concise summary, you can check out the summary at the beginning of December’s post.

Currently, I am focusing on the two most recent phases of the oligarchic alignment’s breakdown, phases that I have called the rectification and the restoration/rebuilding phases.

In recent posts, I have discussed the energies of rectification, like those of the now rapidly fading mutable T-Square. This important T-Square began life in late 2015 with Jupiter and North Node in Virgo, Saturn in Sagittarius, Neptune in Pisces.

The effect of the mutable T-square was to make us more sensitive to issues of truth and falsity and logical rigor. It supported a practical, down-to-earth, hands on approach to analyzing and solving problems.

I also discussed the slow emergence of restorative and rebuilding energies – of planetary placements that support the reconstruction and reorganization of our lives.

Jupiter’s Libra ingress, for example, is restorative. We note that the economy has shown significantly more vitality since Jupiter entered Libra in September.

We have a very long way to go, but activists and reformers are increasingly better able to acquire needed resources and coordinate efforts. On an individual level, people are finding the resources they need to bring order to their lives again.

Our life has taken on a crazy quilt pattern.

We can point to real progress on many fronts. We are fixing many little things about our lives. But so many other things are not working. We are overwhelmed by the sheer number, variety and scale of the problems before us.

Depending on where we focus, we see either improvement and reason for hope or pending apocalypse.

Lots of small things are going better. Still, it seems like new problems are developing faster than we have any realistic hope of solving them. The mistakes of centuries seem to be catching up with us; the problems of the whole world seem to be piling up in our front yard.

We can neither rectify our thinking nor restore the broken parts of our world. Debate does not so much resolve issues as confuse them.

This month, by focusing more closely on the details of January’s chart and taking a closer look at a subject from last month, I think I can better explain the astrological basis of the crazed textures and patterns of our current lives.

January’s charts do not promise relief. In fact, they bring a generous crop of powerfully conflicting aspects that work strongly against resolution.

January’s astrological conditions are far better suited to multiplying conflicts than resolving them. They are highly likely to bring bad answers to difficult questions.

What we say about January, though, applies to one degree or another to the whole of 2017 and to anything, like the Trump administration, that begins in January. By the same token, any light we can throw on the astrology of January will help us get through what is sure to be a crazy quilt year.

I think a closer look at the inner workings of January’s chart is, in fact, particularly revealing.

The Moon’s Nodes and the Virgo/Pisces Polarity

The causes of conflict and bad choices are woven deeply into the fabric of January’s charts. They have to do with the way the powerful Nodal Axis is woven into the charts.

Neptune, for its part, is affecting the entire Nodal Axis adversely, forging the elements of the Nodal Axis into a single, deceptive, counterproductive dynamic, a dynamic whose most likely outcome will be to cultivate conflict and perpetuate or deepen error.

Virgo North Node urges us to utilize detailed factual observation and a down-to-earth, nose to the grindstone approach to issues. Other Virgo keywords apply here: mutuality, reciprocity, and exchange. Virgo is about the humble commerce and diligent work that builds family and community, the careful account keeping that goes with it.

Clearly, the North Node solution is the much preferred solution – the recommended choice. However, for most people, South Node solutions have much stronger natural appeal.

There is no mystery about this. The South Node calls into play skills and resources we already possess. They come much more easily to us.

The universe wants us to be moving forward, to be learning new things. From the point of view of the universe, then, choosing in favor of the South Node, as tempting as it is, is a step backwards. The universe will ultimately penalize us for taking backward steps.

A Too Typical Scenario

In general, in my experience, people usually discover the deceptiveness of South Node allure the hard way. They usually turn to their North Node after a crisis caused by a flirtation with their South Node, sometimes a lengthy flirtation.

We are far less likely to make the same mistake again. However, the learning curve can be steep.

The North Node represents the unknown, the future, the next thing, the as yet untried thing, the adventurous thing. North Node solutions generally require skills and resource we do not yet possess and must often work hard to acquire.

The universe will reward us generously for any steps we take down the North Node path. In fact, we often experience benefits immediately. But before we make the North Node choice, it is not at all clear to us that we have anything to gain by it.

For all these reasons and more, people find the South Node path far more appealing than the North Node path.

Neptune to the Nth Degree

In January 2017, then, Neptune in Pisces will amplify the risks and challenges posed by the Virgo/Pisces Polarity by dramatically and consistently increasing the likelihood of wrong moves.

The Nodal Axis vs. the Dispositorship

Depending on their placement, however, the planets can support or oppose the momentum of the Moon’s Nodes. Neptune’s conjunction with the South Node and its opposition to the North Node, for example, biases us strongly in favor of bad, South Node solutions.

January brings us the worst of all possible worlds. Planetary aspects bring us a generous crop of conflicts and challenges. And underlying planetary relationships bias us strongly in favor of South Node solutions.

The following difficult aspects will generate rancorous conflict in January. They are all but guaranteed to bring the opposite of consensus.

~ January 12, At the Full Moon, a Grand Square in Cardinal Signs; conflict blocks consensus. Agreement is very elusive if not impossible.

January’s charts are a set up for bitter, intense, lengthy clashes and bad choices. They demand that we make important and difficult choices under difficult conditions and under astrological circumstances that all but encourage bad, south node choices.

~ Full Moon chart on January 12, Neptune shares the dispositorship with the Full Moon.

As pointed out just above, the planets in the chart are affected by difficult, conflicted aspects. Each is also heavily entangled in the illogic of Neptune’s flawed relationship to the Nodal Axis.

Between the innate strength of the Nodal Axis itself and Neptune’s prominence in the dispositor charts, the illogic of Neptune’s flawed relationship to the Nodal Axis is all but burned into the chart and we are unlikely to escape its influence.

Hope rests in our ability to see through the false appeal of South Node thinking and to embrace the North Node challenges. That is a lot easier said than done.

The only sense I can make of these charts is to see them as a final test of our ability and our willingness to see through and transcend the errors of Pisces thinking as we move into the Aquarian age.

As part of a continuing effort to keep my astrology work accessible to all, I am posting a link to my Google+ profile for those who might find it useful as an alternative to FB.

I want to express my gratitude to everyone who has offered expressions of appreciation and support and by liking and sharing my work. I also want to thank those who have shown their appreciation financially.

Your contributions have made a huge difference. It has reached the point where my work would no longer be possible without your support.

You can use the links below to make contributions:

Use PayPal.me to contribute a different amount.

This link will take you to PayPal.com.

If PayPal gives you a hard time, check your spelling or try cutting and pasting my email address. My alternate PayPal email address is northwatuppa@gmail.com

I know that these email addresses are correct and that they are active on PayPal. If PayPal gives you a hard time, check your spelling or try cutting and pasting my email address.

Alternative to PayPal? I know that a fair number of people would prefer not to use online payment services like PayPal. I understand that and I respect it. Also, PayPal availability appears to vary from country to country. I prefer simplicity and so I am not eager to multiply payment options.

Recently, though someone sent me an Amazon gift certificate by way of support. I just mention that because it is a simple alternative and Amazon is a widely accessible and trusted service.

My Facebook Messenger is also set up for receiving contributions. It’s a remarkably easy system for transferring funds.

This voluntary system is the best of both worlds. It will allow me to stay on Facebook, which offers an optimal level of interactivity and access. It will also allow those who are stuck for cash to not make a contribution and still access my work.

People are welcome to report typos.