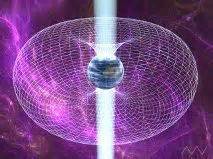 A Most Mutable Month

Recap
As noted in July’s report (http://on.fb.me/1fUcXrK), the charts are now dominated primarily by mutable energy. This is a dramatic shift from the fixed and cardinal energies that dominated the charts during the concluding cycle.
The fixed and cardinal energies led to bright colors, hard, sharp edges, clear boundaries, sudden transitions, simplistic ideas, polarized feelings, and unrelenting confrontation. The mutable energies now coming in will bring the opposite of that.
The world will become increasingly fluid. Our response to issues will grow increasingly nuanced. Efforts to continue the oversimplifications and harsh clashes of the previous cycle will fail.
Notably, also, July’s New Moon (http://on.fb.me/1Mquyoy) stimulated our conscience. We became determined to not simply change the world but to reform it, to make it more just.
Essentially, then, people are adopting a more thoughtful view of the world, and one informed by a heightened sense of right and wrong. As noted in recent posts, a bracelet of major and minor supportive aspects between the slower moving, outer planets is providing an astrological bedrock of positive synchronicity.
In all that follows, we must keep in mind that, on balance, the charts have turned positive. Paradoxically, the disruptive transformative energies flooding our inner and outer lives are flowing through a matrix of positive, supportive aspects. Also, it is good to remember that the solar eclipse that I will discuss at length is taking place in Virgo and Jupiter is now in Virgo. Jupiter makes everything easier and better.
September 2015
September will resemble previous months in most important respects. But it will mark a major transition, attenuating our connection to the past, especially and most forcefully on a subjective level. The infinity of mental and emotional threads that tie us to the past will grow rapidly weaker and begin fraying.
For many months now, the astrological influences have affected our inner lives at least as profoundly as they have affected the outer world. That brought a synergy of inner and outer transformations. September’s influences will do the same, but much more so.
On an individual and global level, innumerable attitudes will shift quickly, definitively and irreversibly. The already rapid pace of change will quicken considerably.
Fathomless Complexity
September 2015 is an extraordinarily complex month, astrologically. In this post, I would like to focus on just two of the more prominent astrological events. I believe a fairly in depth look at these two events will give us a good sense of just how complicated September is and give us a clear idea of what it will be about.
September is such a vastly complex month and will change so many lives in so many different ways, I did not try to tie a neat, predictive bow around my analysis. It is virtually impossible to nuance this analysis enough to approximate the reality.
Thresholds in Time
There is a partial solar eclipse in Virgo on September 13 UT.

Eclipses separate us from the past. They curb error and neglect by exacting a price for them. Karma comes calling, bringing good news and bad.
Eclipses play favorites. Those who make the right choices are favored. Those who persist in error and neglect lose ground that they will not easily or soon regain.
A Solar Eclipse . . .
During the New Moon eclipse on the 13th, the Sun and Moon will be opposing Neptune and Chiron, both retrograde in Pisces. The opposition to retrograde Chiron is very close.

During a solar eclipse, the Sun and Moon make a precise conjunction – an occultation. The dynamic, ever present tension between the conscious and unconscious mind reaches critical levels. The forces of intention and conscience wrestle intensely with ingrained patterns. And the outcome of our inner struggle is measured against the spiritual evolutionary needs and goals of the world.
The choices we inwardly make during an eclipse will inevitably put us in greater or lesser harmony with the new inner and outer worlds that will emerge after the eclipse. This effect is usually compounded because eclipses generally come in pairs.
. . . Solar Eclipse Opposite Neptune and Chiron, Both Retrograde . . .
During the eclipse, the Sun and Moon in Virgo will be opposing Neptune and Chiron, both retrograde in Pisces. The opposition to retrograde Chiron is very close.

Both the Sun Moon, their powers in intense, unstable tension, will oppose Neptune and Chiron. The retrograde motion will make us even more sensitive than usual to Neptune’s many wiles and seriously affect far deeper layers of our mind than usual.
Retrograde Neptune has both positive and negative powers. Negatively, it can to confuse, deceive, seduce, distort, erode. Positively it can delight, inspire, enrapture, motivate, uplift and liberate.
These powers will both complicate and enrich the already intense and complex interactions between our conscience and our conscious and unconscious mind during the eclipse.

We will find ourselves rethinking assumptions that have been rooted so deep for so long that we did not realize we had them. Issues will surface that have been buried so deep and so long that we forgot that we forgot them. This is not always a comfortable process and there might be moments of irrationality.
During the eclipse, the Sun and Moon will also be opposing retrograde Chiron. Chiron can forcefully undo stubborn unconscious patterns and shatter crystallized beliefs. In extreme cases, that might involve accident, injury or illness. The retrograde motion will enhance our vulnerability to Chiron significantly.

This eclipse is likely to trigger a rash of violent and irrational activity across the globe. A great many people, especially those already unstable and prone to negativity, cannot tolerate change that goes this deep and this fast.
. . . Mercury Retrograde . . .

Mercury is stationary retrograde in Libra on September 17. It will turn direct in Libra on October 9 UT.

Mercury retrogrades, somewhat like eclipses, mark endings, beginnings and transitions. Typically, during a Mercury retrograde, bureaucratic deadlines arrive. Old policies, programs and services terminate. New ones come on line. Addresses change. Existing contracts terminate or new ones come into force. Communications equipment and IT are upgraded. And so on. Mercury retrogrades bring their fair share of confusion and delay.
We will certainly already be feeling the Mercury retrograde during the partial solar eclipse in Virgo on September 13. Although Mercury will retrograde in Libra, it rules Virgo, deepening its likely impact on the solar eclipse.
. . . Mercury Retrograde Forms a T-Square with Uranus and Pluto, Both Retrograde
But, again, this is not just any Mercury retrograde. Consider the following impressive ‘enhancements’ to Mercury’s station.
On September 17, UT, stationary Mercury will form a close T-Square with retrograde Uranus in Aries and retrograde Pluto in Capricorn.  Pluto will already be preparing to return to forward motion. Its station will be on September 25.
The powerful and disruptive Uranus/Pluto square that dominated charts from early 2012 until spring of this year will not be exact again. However, it is still well within orb and still a force to be reckoned with.

Stationary Mercury will form a T-Square with retrograde Uranus and Pluto during its station. All of the divisive, contentious, volatile issues of recent years – social, political, economic and cultural – will come into play, again.
Suffice it to say, the deeply changeful, irreversible effects of the partial solar eclipse, already compounded by the opposition from retrograde Neptune and Chiron, will be further compounded by the uncertainty and confusion of a Mercury retrograde. However, as noted, this is not just any Mercury retrograde, though.
And More
Here is a partial list of other factors complicating the astrological situation in September. The sheer complexity of the astrological currents in September will make it virtually impossible to navigate successfully without recourse to our higher intuition.
This is one of those months when criss-crossing trends and blending currents are so numerous and magnificently complex and subtle that we will have little choice but to trust the process.
~Venus will be stationary direct in Leo on September 6.

~The large asteroids, Ixion, Pholus, Quaoar, Chariklo, all in Sagittarius, and Ceres in Capricorn, (http://on.fb.me/1TUjjcy) will all turn direct during September.

~Saturn enters Sagittarius within a few hours of Mercury’s retrograde on September 17. The two events are virtually simultaneous. This will immediately bring the sobering, stabilizing, retarding mutable T-Square, Jupiter in Virgo opposite Neptune and Chiron in Pisces, all square to Saturn in Sagittarius.

~There will be a total lunar eclipse in Aries on September 25, a few days before Pluto goes stationary direct in Capricorn. The Pluto station will already be in effect and strongly compound the effects of the total lunar eclipse.
As I said, too much is going on. Trust the process.
Special Mention
According to a widely used birth chart for the United States, the Sybly chart, Sagittarius is the US rising sign. With Saturn entering Sagittarius, we can expect the US to be pervaded by a sober, settling energy.
Expect the US to have to confront many issues fundamental to its well-being and long-term survival, including and especially financial issues.There is every reason to believe that the US will face these issues successfully and be far better off once they are settled than it is now. [No economic fear porn in the comment section, please.]