Canon 3228 : The Twelve Presumptions of Courtv 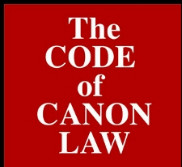 Canon 3228 : The Twelve Presumptions of Court

published on The Bridge Life In The Mix

Canon 3228
A Roman Court does not operate according to any true rule of law, but by presumptions of the law. Therefore, if presumptions presented by the private Bar Guild are not rebutted they become fact and are therefore said to stand true [Or as truth in commerce]. There are twelve (12) key presumptions asserted by the private Bar Guilds which if unchallenged stand true being Public Record, Public Service, Public Oath, Immunity, Summons, Custody, Court of Guardians, Court of Trustees, Government as Executor/Beneficiary, Executor De Son Tort, Incompetence, and Guilt :

Public Service
2. The Presumption of Public Service is that all the members of the Private Bar Guild who have all sworn a solemn secret absolute oath to their Guild then act as public agents of the Government, or public officials by making additional oaths of public office that openly and deliberately contradict their private superior oaths to their own Guild. Unless openly rebuked and rejected, the claim stands that these private Bar Guild members are legitimate public servants and therefore trustees under public oath.

Public Oath
3. The Presumption of Public Oath is that all members of the Private Bar Guild acting in the capacity of public officials who have sworn a solemn public oath remain bound by that oath and therefore bound to serve honestly, impartiality and fairly as dictated by their oath. Unless openly challenged and demanded, the presumption stands that the Private Bar Guild members have functioned under their public oath in contradiction to their Guild oath. If challenged, such individuals must recuse themselves as having a conflict of interest and cannot possibly stand under a public oath.

Summons
5. The Presumption of Summons is that by custom a summons unrebutted stands and therefore one who attends Court is presumed to accept a position (defendant, juror, witness) and jurisdiction of the court. Attendance to court is usually invitation by summons. Unless the summons is rejected and returned, with a copy of the rejection filed prior to choosing to visit or attend, jurisdiction and position as the accused and the existence of guilt stands

Custody
6. The Presumption of Custody is that by custom a summons or warrant for arrest unrebutted stands and therefore one who attends Court is presumed to be a thing and therefore liable to be detained in custody by Custodians. [This includes the dead legal fiction non-human PERSON that corporate-governments rules and regulations are written for.*] Custodians may only lawfully hold custody of property and things not flesh and blood soul possessing beings. Unless this presumption is openly challenged by rejection of summons and/or at court, the presumption stands you are a thing and property and therefore lawfully able to be kept in custody by custodians

Court of Trustees
8. The Presumption of Court of Trustees is that members of the Private Bar Guild presume you accept the office of trustee as a public servant and government employee just by attending a Roman Court, as such Courts are always for public trustees by the rules of the Guild and the Roman System. Unless this presumption is openly challenged to state you are merely visiting by invitation to clear up the matter and you are not a government employee or public trustee in this instance, the presumption stands and is assumed as one of the most significant reasons to claim jurisdiction simply because you appeared

Dual Role
9. The Presumption of Government acting in two roles as Executor and Beneficiary is that for the matter at hand, the Private Bar Guild appoint the judge/magistrate in the capacity of Executor while the Prosecutor acts in the capacity of Beneficiary of the trust for the current matter. Unless this presumption is openly challenged to demonstrate you are both a general guardian and general executor of the matter (trust) before the court, the presumption stands and you are by default the trustee, therefore must obey the rules of the executor (judge/magistrate)

Incompetence
11. The Presumption of Incompetence is the presumption that you are at least ignorant of the law, therefore incompetent to present yourself and argue properly. Therefore, the judge/magistrate as executor has the right to have you arrested, detained, fined or forced into a psychiatric evaluation. Unless this presumption is openly challenged to the fact that you know your position as executor and beneficiary and actively rebuke and object to any contrary presumptions, then it stands by the time of pleading that you are incompetent then the judge or magistrate can do what they need to keep you obedient

Guilt
12. The Presumption of Guilt is the presumption that as it is presumed to be a private business meeting of the Bar Guild, you are guilty whether you plead guilty, do not plead or plead not guilty. Therefore unless you either have previously prepared an affidavit of truth and motion to dismiss with extreme prejudice onto the public record or call a demurrer, then the presumption is you are guilty and the private Bar Guild can hold you until a bond is prepared to guarantee the amount the guild wants to profit from you.

The above information has authority from this reality : UNIDROIT

Leave a Reply to will Cancel reply