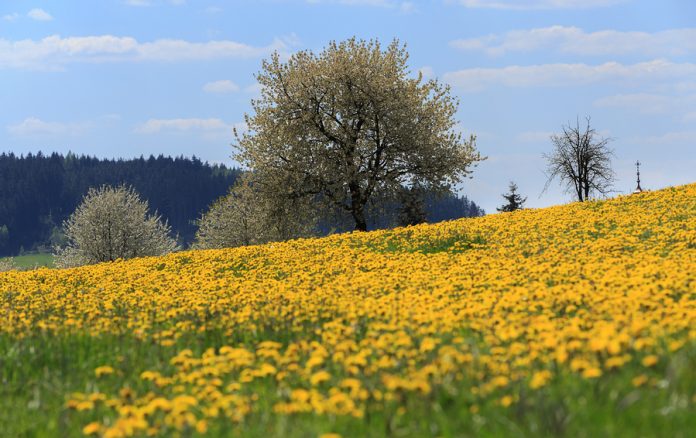 In 2012, thanks to research done by biochemist Siyaram Pandey at the University of Windsor which showed that “dandelion root extract forced a very aggressive and drug-resistant type of blood cancer cell, known as chronic monocytic myeloid leukemia, to essentially commit suicide,” he and his team received a total of $217,000 in grant money to study how effective dandelion root extract was in fighting cancer.

They would later go on to discover that repeated treatment with a low dose of dandelion root extract was effective in killing most of the cancerous cells.

Pandey originally came to the research after a local oncologist asked him why patients of hers, who were drinking dandelion tea, might be getting better. He was skeptical it could be the plant but decided to look into it, assuming the weed contained some active ingredient that attacked the cells.

After conducting a literature review and only finding one journal article suggesting dandelions might have cancer-killing properties, he and his team of graduate students collected a bunch of the weeds, ground them up with a mixture of water in a food processor, and developed a simple formula they could experiment with.

“They tested the formula on several lines of commercially available leukemia cells and much to their surprise, found that the formula caused those cells to kill themselves, a process called apoptosis.

‘It was startling, but it was not that startling until we saw that it was non-toxic to the normal cells,’ he said.

Fast forward a couple years and Pandey and his team contracted a Calgary company, AOR Inc., to begin a clinical trial with the weed, on 30 patients in Ontario who had blood cancers like leukemia and lymphoma and had no success with conventional therapies.

Scientists at the Calgary lab worked for a year and a half to formulate a dandelion tea powder that was six to 10 times more potent than something you could purchase at a health food store; the end product was a fine mustard colored powder that patients dissolved in hot water and drank.

AOR then worked to produce 6,000 doses of the tea for a clinical trial at the Windsor Regional Cancer Centre.

One patient who testifies to the miracle “weed” is John DiCarlo, 72. After other medical treatments for his leukemia failed he tried the tea. Four months later, he returned to the clinic in remission and has been cancer-free for three years.