By secular standards, the Catholic Church is a corrupt organization

By secular standards, the Catholic Church is a corrupt organization 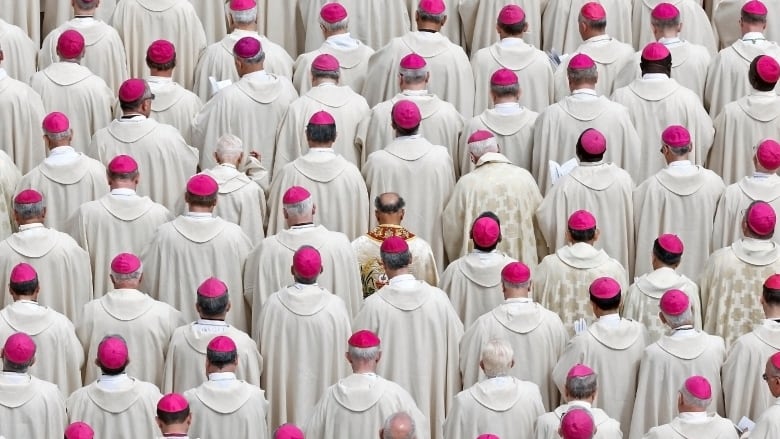 Imagine for a moment that a big, admired multinational corporation, one selling a beloved product, was employing large numbers of male pedophiles and rapists, operating in rings all over the world, and that their crimes had been uncovered in Australia, Ireland, Canada, the Philippines, Belgium, France, Austria, New Zealand, Argentina, Chile, Britain, Germany and the United States, and, further, that senior executives had systematically covered up and suppressed evidence, transferring and enabling hundreds of predators, betraying thousands of victims.

What would happen to the company is not terribly difficult to imagine.

At a minimum, the U.S. government would likely use its Racketeer Influenced and Corrupt Organizations (RICO) law to go after not only the rapists and molesters, but also the company’s executives, up to and including its CEO if possible, seizing the company’s assets and seeking the harshest possible prison terms. That’s the sort of thing RICO was invented for. The company would almost certainly collapse.

But of course no company’s warranty guarantees everlasting life, and no company maintains that its CEO is chosen by God.

The Roman Catholic church does, which is the only explanation for why, after the release of a grand jury report that detailed more than 1,000 cases of sexual abuse in Pennsylvania over several decades by more than 300 predators in clerical collars, many of whom are still alive, millions of American Catholics continued to attend mass.

Pennsylvania’s attorney general, Josh Shapiro, told reporters last week that high church officials “routinely and purposefully described the abuse as ‘horseplay’ and ‘wrestling,'” choosing to transfer the pedophiles to other congregations (where they’d have a whole new selection of horseplay partners), or send them away for prayerful reflection before returning to duty.

Unfortunately, though, Shapiro said, the statute of limitations has run out in most of the cases, or the priests involved had died.

Pity, Shapiro was implying, because if they could, authorities would vigorously pursue and prosecute and imprison not only the perpetrators, but their enablers and protectors.

Or not. Actually, probably not.

Inevitably, that scale of prosecution – we are talking about inflicting severe damage to the Catholic Church in the United States – would require steadfast political will, and seriously, what politician seeking re-election wants to alienate 24 per cent of Americans, many of whom, despite clear evidence of the church’s moral rot, insist on believing it is infallible? 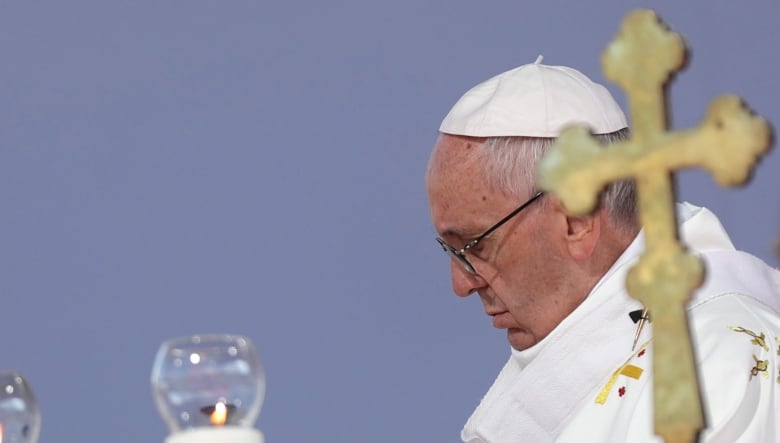 The same goes elsewhere. Revelations of horrors in all the above-mentioned Western countries (here in Canada, there was documented abuse in Quebec, British Columbia, Ontario, Nova Scotia and Newfoundland, where the church’s Mount Cashel orphanage was operated as sort of a prison for child sex slaves) resulted in dismissals of some church officials, some lawsuits and a handful of criminal convictions, but not much more than that.

Each time, the Pope or one of his high subalterns would lament human frailty, and drone on about the sacred duty to protect the most vulnerable, while privately fighting to thwart civil suits or conspiring to keep facts from investigating authorities.

Pope Francis, who enjoys the most saintly reputation of any recent pope (except for John Paul II, who was actually made a saint, despite all the ugly revelations on his watch) released an open letter to the world’s Catholics after the Pennsylvania revelations, basically repeating the company line: gosh, sorry, that was terrible, we must do better, God bless you all, go in peace.

Noting first that “most of these cases belong to the past,” (don’t all cases belong to the past?) the Pope banged on for 2,000 words about feeling the pain of the vulnerable, and the necessity of ensuring it doesn’t happen again (and again and again and again), but his central theme was expressed right off the top in a line from Corinthians: “If one member suffers, all suffer together with it.”

Yes. Of course. Let’s compare the spiritual suffering the Pope claims the revelations have caused him to that of a child being sodomized by an adult stalker in a clerical collar, a monster the boy probably doesn’t think he’s even allowed to complain about.

The right thing for the Pope to do would be to waive his sovereign privilege (he is a sitting head of state), and invite criminal authorities to freely and fully access church records worldwide, and drain the holy swamp. He might also consider at this stage ordaining women, because women are God’s creatures too, perfectly able to spiritually guide the faithful, and, umm, don’t tend to rape children.

But the privileged old men who run the church aren’t going to allow any of that. They’re a bit like gun control opponents, opposing an obvious solution on doctrinaire grounds.

There actually have been a few attempts to use the RICO statute against priests, notably in Cleveland, but jurors did not convict.

When former Oklahoma governor and former federal prosecutor Frank Keating, a practicing Catholic, compared the church’s obsession with secrecy to the Mafia’s, Cardinal Roger Mahony of Los Angeles demanded his ouster from a church board examining clerical abuse. Keating resigned from the panel.

Mahony, who covered up sexual abuse by priests in California, according to church records, retired peacefully at age 75. Only after a court order compelled the Los Angeles archdiocese to open its files on abuse was Mahony gently rebuked by the church.

Pope Francis condemned priestly sexual abuse and its cover-up by the Catholic Church, in a public letter. In addition to demanding accountability, Francis begged forgiveness for the pain suffered by victims and said Catholics must be involved in any effort to root out abuse. 2:11

By any secular standard, the Catholic Church is a corrupt organization. It in fact sets the standard for impunity.

Cardinal Bernard Law, who presided over the coverup of the church’s famous Boston sex abuse scandals, was plucked and brought to Rome by Pope John Paul II, where he resided until he died at the Vatican, beyond the reach of American prosecutors.

Earlier this year, after Bishop Juan Barros of Chile was accused of covering up clerical abuse, Pope Francis denounced the accusers’ “calumny.” When it turned out that there was merit to the accusations, and that the Vatican had been informed of the problem, Francis claimed he’d been misinformed. A few weeks later, all 34 of Chile’s bishops tendered their resignations. Francis eventually accepted three of them.

And now, Catholic activist Susan Reynolds has gathered thousands of signatures on a letter demanding the resignation of all American bishops. It would be the right thing to do, but at a guess, the very notion amuses America’s bishopry, comfortable in their armour of piety.

RICO, aggressively deployed by federal prosecutors using wiretaps, search warrants and informants, would be far more effective. They can’t all flee to Rome.