Buy your food from the CIA: Amazon buys Whole Foods

Buy your food from the CIA: Amazon buys Whole Foods 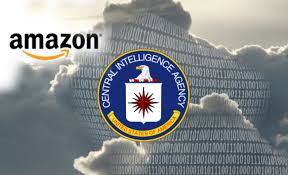 When Amazon boss and billionaire Jeff Bezos bought the Washington Post in 2013, he also had an ongoing $600 million contract to provide cloud computing services to the CIA. That meant the Washington Post, which already had a long history of cooperation with the CIA, renewed their wedding vows with the Agency and doubled down on the alliance.

By any reasonable standard of journalism, the Post should preface every article about the CIA, or article sourced from the CIA, with a conflict of interest admission: TAKE THIS PIECE WITH A FEW GIANT GRAINS OF SALT, BECAUSE OUR NEWSPAPER IS OWNED BY A MAN WHO HAS A HUGE CONTRACT TO PROVIDE SERVICES TO THE CIA.

Now Bezos and his company, Amazon, have bought Whole Foods for $13.7 billion. Whole Foods is the premier retailer of “natural” foods in America.

The degree of profiling of Whole Foods customers will increase by a major factor. Amazon/CIA will be able to deploy far more sophisticated algorithms in that regard.

It’s no secret that many Whole Foods customers show disdain for government policies on agribusiness, health, medicine, and the environment. Well, that demographic is of great interest to the Deep State, for obvious reasons. And the Deep State will now be able to analyze these customers in finer detail.

At the same time, the Amazon retail powerhouse will exercise considerable control over the food supply, since it will be selling huge numbers of food products to the public. Amazon will have new relationships with all the farmers Whole Foods has been using as suppliers.

Perhaps this disclaimer posted on every Whole Foods item is now in order: KEEP IN MIND THE FACT THAT THE OWNER OF WHOLE FOODS, AMAZON, HAS A VERY TIGHT RELATIONSHIP WITH THE CIA. USE YOUR IMAGINATION.

Then there is this. The CIA has its own private company, called In-Q-Tel, which was founded in 1999 to pour investment money into tech outfits that could develop new ways to facilitate “data collection,” and service other CIA needs. In-Q-Tel, Jeff Bezos, and Amazon are connected. For example, here is a 2012 article from technologyreview.com:

“Inside a blocky building in a Vancouver suburb, across the street from a dowdy McDonald’s, is a place chilled colder than anywhere in the known universe. Inside that is a computer processor that Amazon founder Jeff Bezos and the CIA’s investment arm, In-Q-Tel, believe can tap the quirks of quantum mechanics to unleash more computing power than any conventional computer chip. Bezos and In-Q-Tel are in a group of investors who are betting $30 million on this prospect…”

Yes, automated intelligence gathering and analysis are exactly what outfits like Amazon and the CIA need for profiling the public. Other companies who have purchased products from D-Wave Systems? Goldman Sachs and Lockheed Martin. Let’s see: Amazon, CIA, Goldman, Lockheed—a formidable collection of Deep State players.