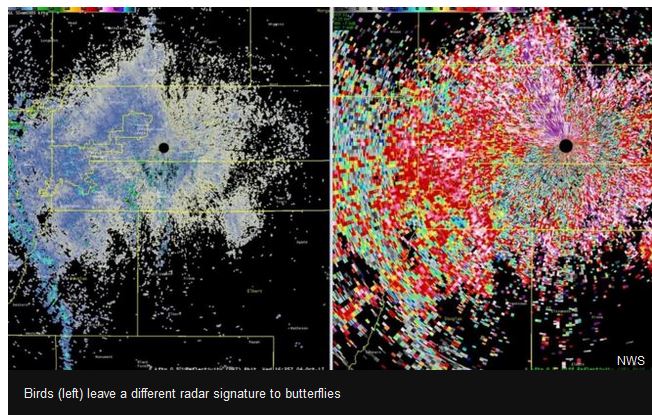 A colourful, shimmering spectacle detected by weather radar over the US state of Colorado has been identified as swarms of migrating butterflies.

Scientists at the National Weather Service (NWS) first mistook the orange radar blob for birds and had asked the public to help identifying the species.

They later established that the 70-mile wide (110km) mass was a kaleidoscope of Painted Lady butterflies.

Forecasters say it is uncommon for flying insects to be detected by radar.

“We hadn’t seen a signature like that in a while,” said NWS meteorologist Paul Schlatter, who first spotted the radar blip. 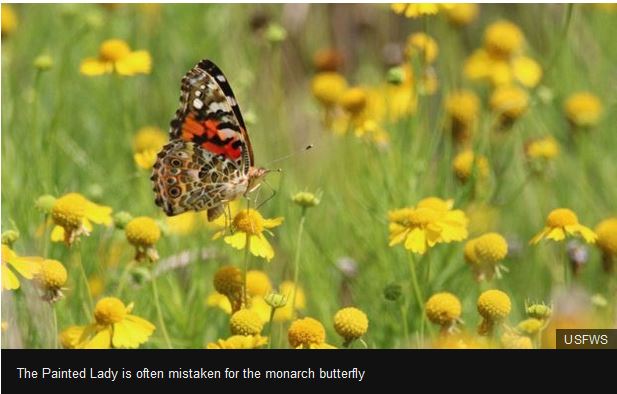 “We detect migrating birds all the time, but they were flying north to south,” he told CBS News, explaining that this direction of travel would be unusual for migratory birds for the time of year.

So he put the question to Twitter, asking for help determining the bird species. 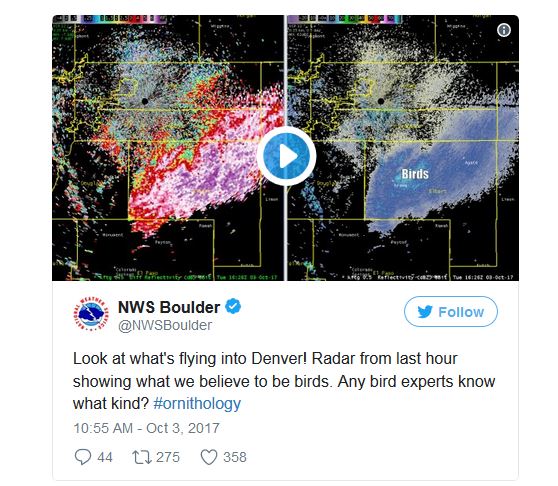 Almost every response he received was the same: “Butterflies”.

Namely the three-inch long Painted Lady butterfly, which has descended in clouds on the Denver area in recent weeks.

The species, commonly mistaken for monarch butterflies, are found across the continental United States, and travel to northern Mexico and the US southwest during colder months.

They are known to follow wind patterns, and can glide hundreds of miles each day.