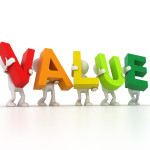 Hello everyone!
I live in America therefore I am somewhat knowledgeable in American laws. Please allow me to recap on some important thoughts before I state my suggestions.

All individuals are bond-servants to their CREATOR hence sovereign to corporations while equal to each other. Our Declaration of Independence gives Americans the responsibility to change and or abolish abusive government practices which in all sense the UCC filings of the former OPPT have done the abolishing. Our organic Constitution pursuant to Article I Section 10 allows for us Sovereigns to contract anyway we see fit amongst ourselves. According to the former UCC promissory notes are considered legal tender for payment.

Before HJR 192 and 112 Stautes at large chapter 48 our FRN,s were backed by a “gold standard” which meant the money system had a “Standard” of value based on the Coinage Act of 1792 authorized and incorporated under the common law principles of the Constitution.The early system of exchange used was the barter system where something of value was traded for something of value.

The Federal Reserve Bank of Chicago in its booklet: MODERN MONEY MECHANICS page 3, states; “In the United States neither paper currency [e.g., Federal Reserve Notes] nor deposits have value as commodities. Intrinsically, a dollar bill is just a piece of paper, deposits merely book entries.” The acceptance of said “currency” is merely a “confidence” game predicated upon the people’s faith or “confidence” that these currencies/instruments can be exchanged/accepted for goods and services.

Common law is implemented at the state level so that each state of the Union can protect its individuals from federal abuse. Our value is now backed by gold and silver pursuant to UCC filings of former OPPT. Each state in America is divided into counties. According to the UCC each individual is his own banker.

The new banking association that was created with HJR 192 was not created by charter therefore we sovereign Americans have the constitutionally protected right of choosing to use FRN,s or not. There is no law that say we have to use FRN,s as a medium of exchange.

Now people let me explain a scenario that combines these points I just mentioned. The name of the ONLY bank we now need in America is named “Americans’ Value Credit Union” and there need be only one branch in each county in each state. This credit union is created through a compact which is private contract and each person who wishes to become member is privately contracted with the branch compact.

We use paperwork such as Bob and Kiri used to deposit value into the bank. The bank issues a new paper currency backed by gold in the same denominations as present FRN,s. Maybe issue 100,000 unit currency to pay for big price items.They may be called “Americans’ Value Units”,These will be uniform throughout America.

They will be legal tender for payment pursuant to our Constitution and the former UCC. Just like the present FRN,s and as stated in the Modern Money Mechanics manual the acceptance of said “currency” is merely a “confidence” game predicated upon the people’s faith or “confidence” that these currencies/instruments can be exchanged/accepted for goods and services.

If we believe the FRN,s which are debt instruments can be exchanged for goods and services than by the same faith we can all accept the new value unit currency backed by gold to do the same.Since the new currency is backed by gold then common law will be reinstated throughout the states giving new life to our Organic Constitutions which will bring back our republican way of life and common law judicial system.

Since we are all used to the cost of goods and services the prices of things should not go up because we should all take responsibility to not overpay thus allowing competition to keep prices low. There won’t be any loans because we will have enough to pay for everything. Now these new ideas are all pursuant to our real “laws” which means federal government can’t tell us we can’t do this because they cannot stop us from privately contracting and there is no law that says we have to use FRN,s as a medium of exchange.

People I think this will work. This can be a model for all other countries. Now the question may arise as how to deal business with other countries. That answer is easy. When doing commerce outside your country you use promissory notes, letter of credit, or bankers acceptance just like is used now that each country will accept as a medium of exchange and will be pursuant to the United Nations’ International Bill of Exchange laws.

We will basically be using a new currency and we in America should agree to stop using Federal Reserve Notes. Since the former OPPT has dissolved corporations each individual can do business as a sole proprietor with no restrictions, no taxes, and no big brother telling them they can’t use our new “value unit” currency.

What do you think.