By James Wood For Mailonline, published on December 19, 2018

An ancient underwater village has been revealed after a Turkish dam broke its gates leading to a drop in the water level exposing an historical Mosque, madrasa, graveyards and shrine.

The remarkable structures were found in Carikoren Neigbourhood in the Egil district of Diyarbakir, Turkey on Tuesday after one of Dicle Dam’s gates broke off.

The dam, which opened in 1997, now provides drinking water for the city of Diyarbakir – one of the largest cities in southeastern Turkey with a population of around 930,000.

Opened around twenty years ago, the dam covered the 78 houses found at the village including the mosque, madrasa, graveyards.

But the bursting of a gate following heavy rainfall towards the end of last week, has once again revealed the village hidden underneath.

Incredible images show the remarkable hidden away structures, including a Tomb of Elisha – a prophet in Judaism, Christianity and Islam.

Before it was covered due to the building of the dam around twenty years ago, his corpse was removed and transferred to a tomb built in Kale Neighborhood in September 1995. 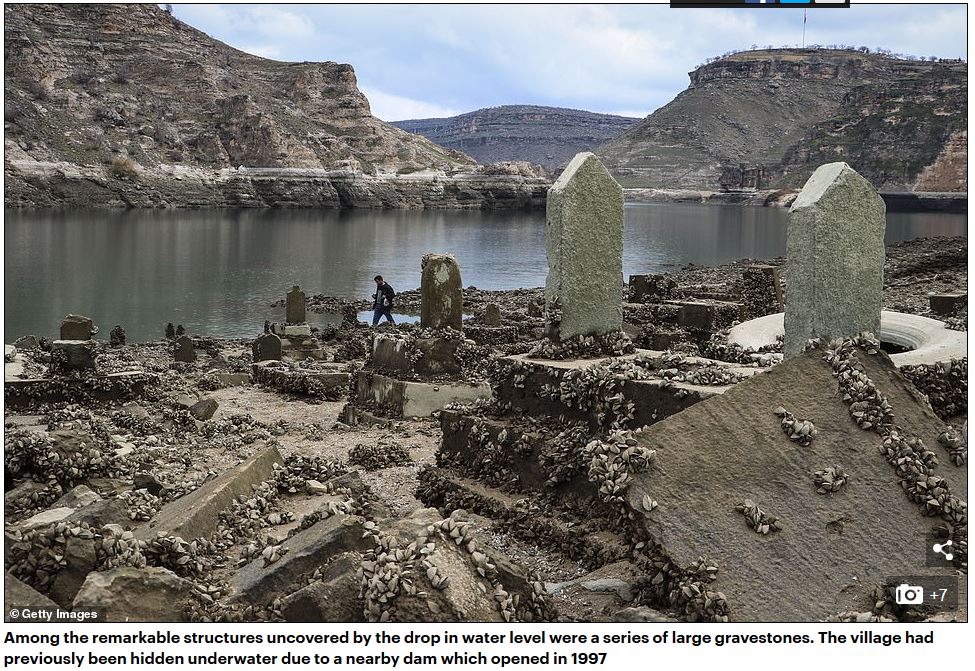 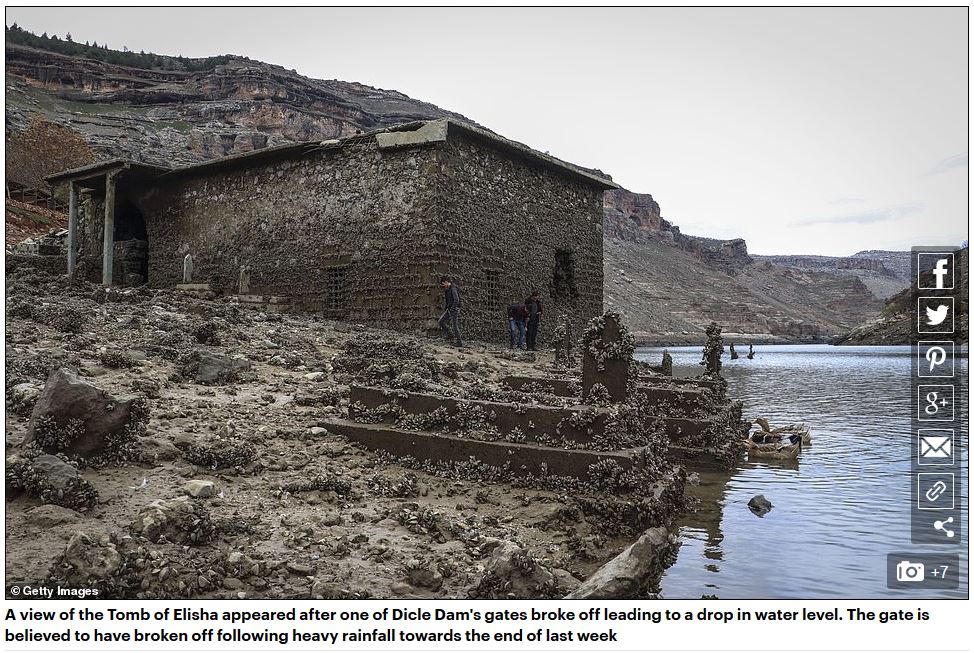 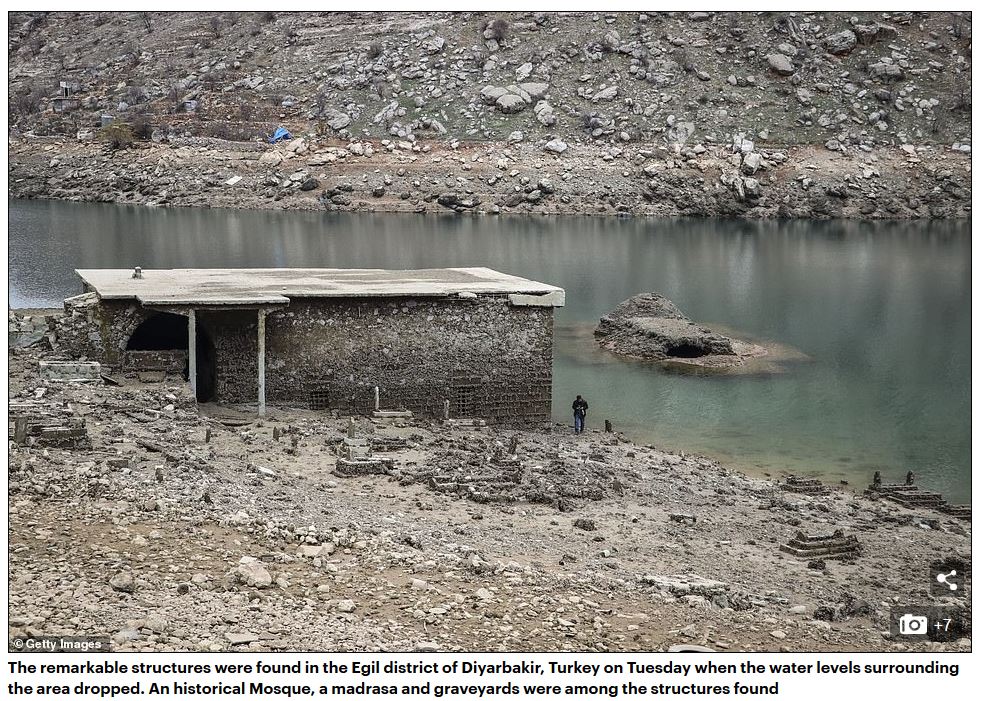 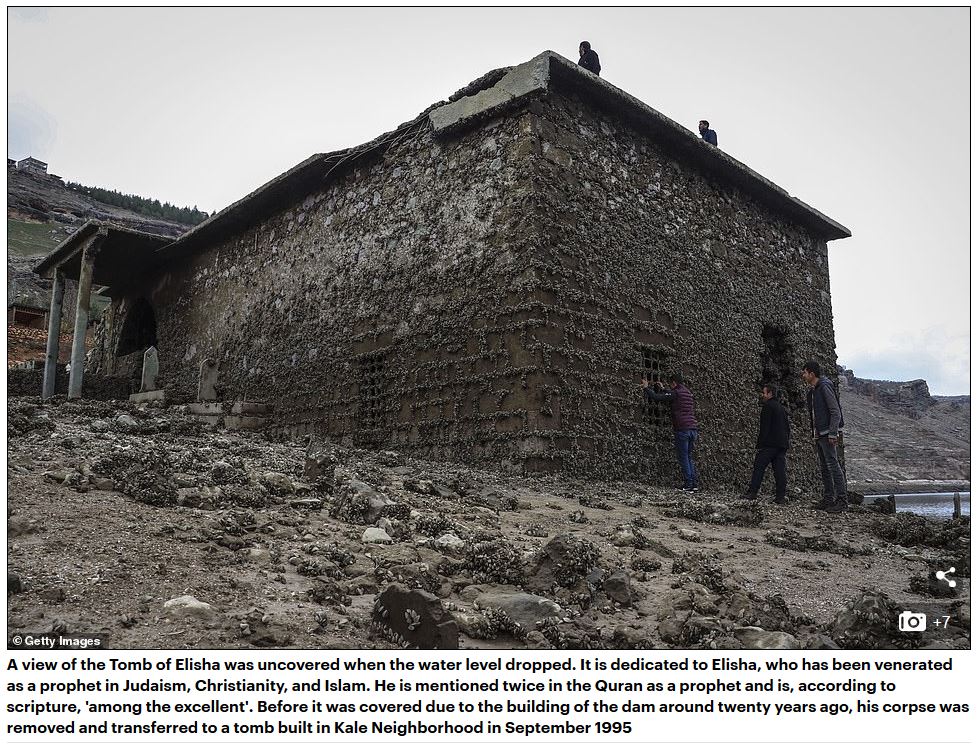 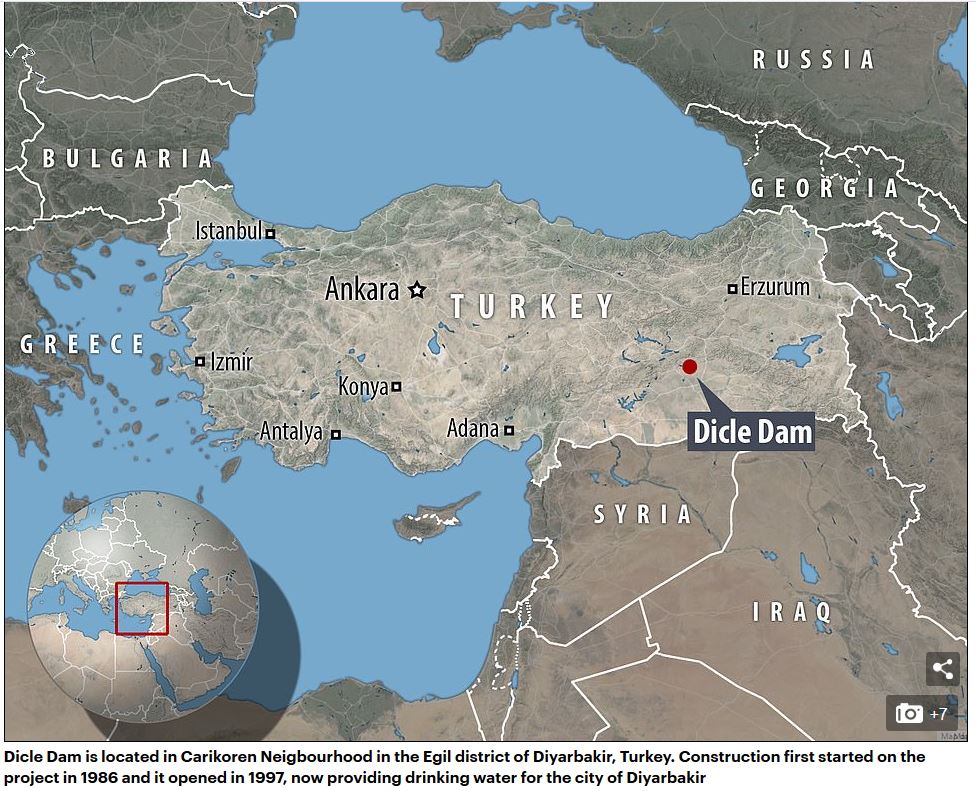 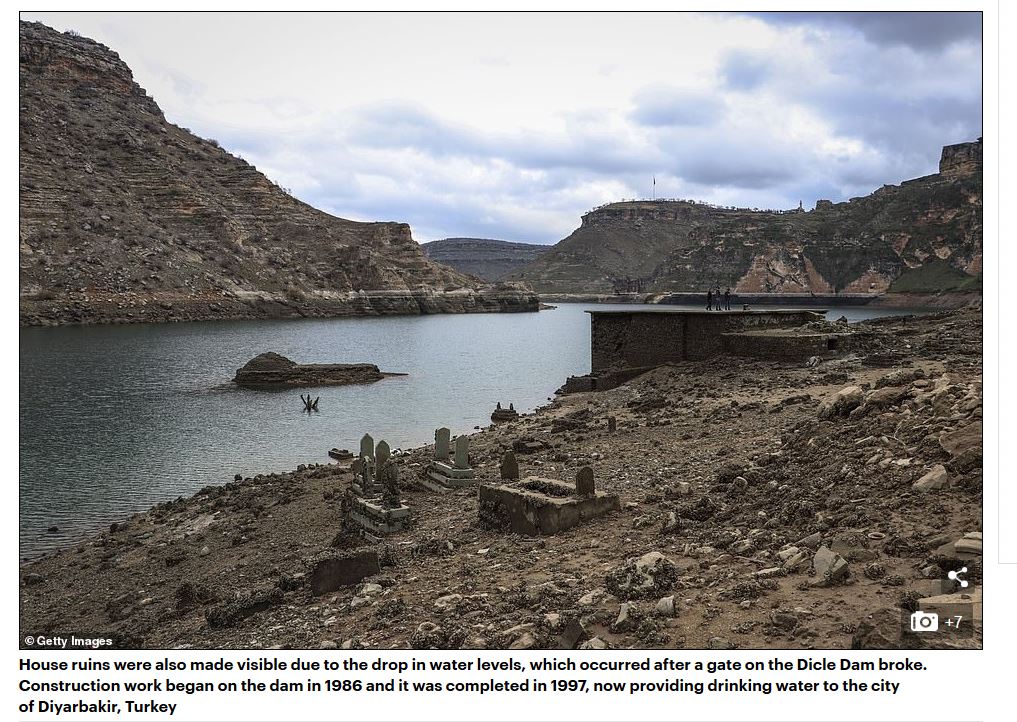 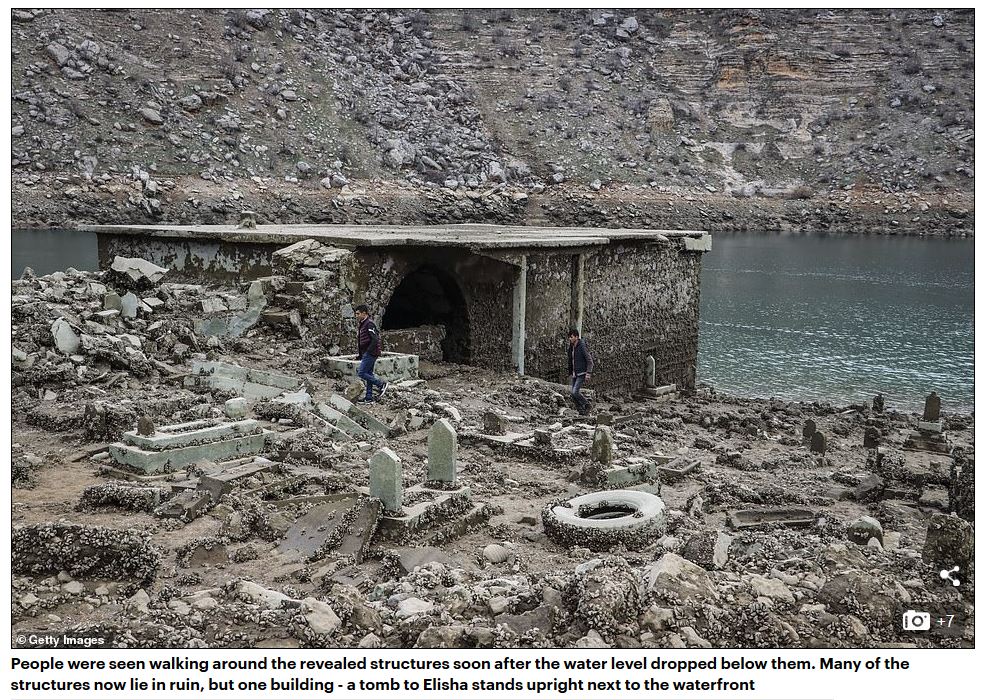