Updated With All Pacer Docs-Bronfman, Salzman and two more charged with federal crimes in NXIVM probe 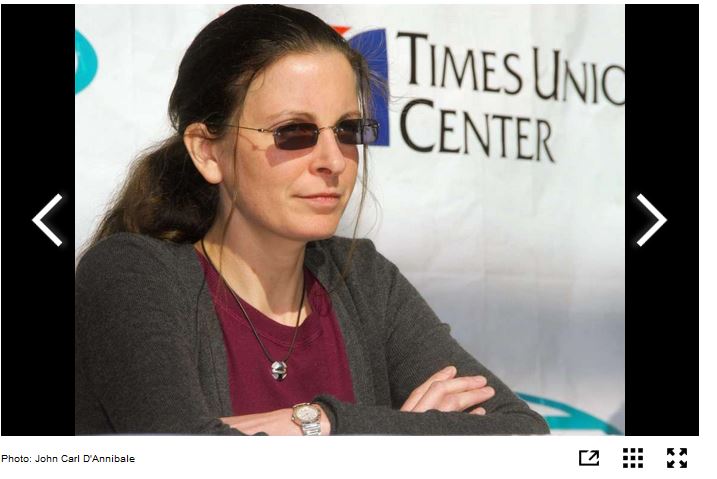 ALBANY — A superseding indictment unsealed Tuesday charged several top members of the secretive NXIVM organization with running a criminal enterprise that engaged in crimes including money laundering, extortion and obstruction of justice.

The criminal case against NXIVM co-founder Keith Raniere and television actress Allison Mack now  includes NXIVM’s president, Nancy Salzman, and her daughter Lauren, along with Clare Bronfman, the organization’s operations director and an heiress of the Seagram’s liquor empire. Kathy Russell, a longtime bookkeeper for NXIVM, also was indicted.

Federal agents in Albany on Tuesday morning arrested Salzman and her daughter along with Russell. Bronfman was taken into custody by federal agents in New York City. The arrests were first reported by the Times Union.

The charges allege the defendants took part in recruiting and grooming sexual partners for Raniere and of using “harassment, coercion and abusive litigation to intimidate and attack perceived enemies and critics of Raniere.”

The indictment, which describes NXIVM as having been run as a type of pyramid scheme, alleges that they encouraged “associates and others to take expensive NXIVM courses, and incur debt to do so, as a means of exerting control over them and to obtain financial benefits for the members of the enterprise.”

The indictment unsealed Tuesday is a crippling blow to an organization that took shape in the Capital Region in the late 1990s. Under the direction of Raniere and Salzman, who had touted NXIVM’s training curriculums as a way for participants to improve their lives, the organization quietly built a following that included actors as well as many wealthy and politically powerful people.

[BZ: I have gone and pulled all documents related to this case we could find from pacer and added it to this existing news article.]

NXIVM also developed a reputation for aggressively pursuing critics and defectors who broke from its ranks. It also has been accused of using litigation to punish defectors who have criticized Raniere, the organization, or its training methods. NXIVM also required its employees and devotees to sign non-disclosure agreements that was used as a weapon in the litigation against some of those who defected.

One of the counts in the federal indictment unsealed Tuesday includes an allegation that NXIVM officials destroyed “videotapes of Nancy Salzman” as part of an effort to conceal evidence from use in a civil case in which NXIVM had sued Rick Ross, a cult expert. The lawsuit, filed in 2006, accused Ross of publishing — without authorization — protected materials from its training programs. NXIVM has denied it is a cult. Ross eventually prevailed in the litigation, which dragged on for years.

Ross had accused the corporation of hiring a New York investigative and security firm, Interfor, to conduct background checks on him, including obtaining details of his banking records, phone calls and personal relationships.

The Salzmans and Russell are scheduled to make an initial appearance before a U.S. magistrate in Albany on Tuesday afternoon. Bronfman will make her initial court appearance at 3 p.m. in Brooklyn.

The arrests are part of an investigation that led to the indictment in April of Raniere and Mack, a longtime NXIVM member and close associate of Raniere’s. They are charged with sex trafficking and conspiracy for allegedly organizing a secret group within NXIVM in which some of its female members said they felt coerced into joining a slave-master club, and were later branded with a design that included the initials of Raniere and Mack.

Nancy Salzman, president of NXIVM, was revealed as a target in the probe several months ago when the Times Union first reported that FBI agents seized more than $520,000 in cash after they raided her Saratoga County residence as part of the intensifying investigation of NXIVM’s business dealings.

Federal prosecutors in Brooklyn have hinted during court proceedings in Raniere’s case that other arrests were imminent.

People familiar with NXIVM’s inner workings said that Lauren Salzman has served as CEO of some of the businesses connected to the organization. Russell, they said, has an accounting background and has been involved with NXIVM’s financial and business operations for more than 15 years.

In 2000, during a deposition in a bankruptcy proceeding, Nancy Salzman, who records indicate has been a licensed nurse in New York since 1983, described herself as a “psychotherapist,” while acknowledging that it is “not an earned degree … it’s a descriptive term.” She also testified that beginning in 1985 and continuing through 1992, she had taken “neurolinguistic programming courses.”

The Times Union reported last October that Nancy Salzman had recruited participants who took part in unsanctioned brain-activity and other human experiment studies that were conducted by at least one doctor, Brandon Porter, associated for years with NXIVM. Porter is facing disciplinary charges from New York state for his unsanctioned experiments and did the work for both NXIVM and a non-profit set up by Bronfman, who has been a close confidante of Raniere’s and Salzman’s and one of the organization’s biggest sources of funding.

NXIVM, headquartered in Colonie and with offices in Los Angeles, Canada and Mexico, recently suspended its operations in the wake of Raniere’s arrest.

While the case has focused on the alleged sex trafficking of Raniere and Mack, the investigation also has probed the business dealings of NXIVM and allegations that large amounts of cash had been smuggled into the United States from Mexico.

In the sex trafficking charges against Raniere, the government alleged that some of the women said they felt coerced into having sex with Raniere because of the threat of having their collateral released if they tried to leave the group or failed to follow orders.

A federal judge recently rejected Raniere’s request to be released from custody while his criminal case is pending. He is being held at the U.S. Metropolitan Detention Center in Brooklyn.

Raniere, 57, was arrested in March at a luxury beach villa in Puerto Vallarta, Mexico. In Mexico, authorities said, Raniere got rid of his mobile phone and used encrypted email to communicate. It took authorities nearly two months to locate him before he was deported and arrested by U.S. federal agents.

Raniere’s attorneys said that he was keeping a low profile — including staying in a private compound protected by armed security — to avoid a group of NXIVM critics who had been stalking and photographing him. They said that he was not fleeing law enforcement, and that one of his attorneys had contacted federal authorities almost two weeks before his arrest asking for Raniere to be able to explain his side of the allegations being made against him.

Mack was released on bond under conditions that include remaining at her parents’ California residence and wearing an electronic monitoring device on her ankle.