by William Craddick, published on Disobedient Media, on January 2, 2019 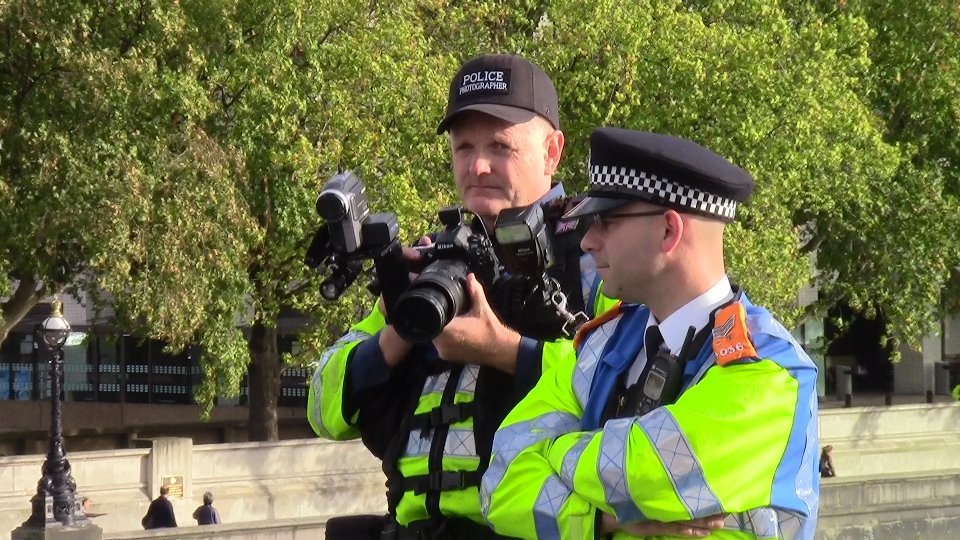 In a startling revelation, an editor for major populist online publication Voice of Europe is accused of working for British police intelligence as part of a program targeting political organizations in the UK and broader Europe. The alleged breach comes several weeks after Disobedient Media highlighted the danger of the UK becoming involved with the Gilets Jaunes protests for geopolitical gain.

Individuals at the center of the incident warn that it may have been part of a wider British program targeting anti-establishment organizations such as Wikileaks as well as right-wing movements and politicians throughout the US and Europe.

Disappearance Leads To Scrutiny Of Voice Of Europe’s Editor

The operation was first exposed on January 1, 2019 by independent researcher Nicholas Monroe, who had grown concerned over the disappearance of Peter Imanuelson, a Norwegian-born UK national living in North Yorkshire and blogging under the alias Peter Sweden. Imanuelson, who was known for his affiliation with identitarian and populist movements in Europe such as Defend Europe, had caused alarm by ceasing his usually constant Twitter activity for the month of December 2018. Monroe’s investigation revealed troubling indications that Imanuelson had become wrapped up in a British police intelligence operation that has been known to target right-wing and far-left political movements across Europe.

Imanuelson had become engaged in November to an editor and “second in command” of the right-wing populist news website Voice of Europe. The editor, known by the moniker of “Laura Cat,” claims to be a 25-year-old unmarried woman. However, “Laura Cat’s” own social media posts established that she is in fact a married mother whose brother in law is an employee of the UK Metropolitan police.

In 2009, the Guardian revealed that a British police officer had traveled to 22 different countries on a fake passport including Ireland, Iceland and Spain. Targeted movements included green, “anti-racist” and anarchist groups. Kennedy was a member of the National Public Order Intelligence Unit, a secretive organization run by a private limited company which allows it to remain exempt from freedom of information laws and other public accountability checks and balances. A database published by the Guardian on October 15th, 2018 revealed that British police had infiltrated 124 movements since the 1970’s and would even engage in sexual relationships with targets. According to a statement from Imanuelson, “Laura Cat” also works with an unnamed anti-trafficking charity that collaborates with MI5 and the US Department of Justice.

Peter Imanuelson’s father Emanuel revealed that since Peter had begun speaking to “Laura Cat,” their family had been systematically targeted by hacking and phone tapping attempts. When Imanuelson confronted the woman about his concerns that she was a part of a government program to target his son, he was blocked on social media both by her personal account as well as by the Voice of Europe.

Further statements from Emanuel Imanuelson indicate that “Laura Cat” was allegedly part of a program targeting political organizations and figures in both the US and Europe. According to Imanuelson’s father, targets include Wikileaks, the Voice of Europe’s owners, Polish politician Dominik Tarczyński, unnamed Republican politicians, a “person close to Donald Trump,” Tommy Robinson and UKIP politician Janice Atkinson. “Laura Cat” had also purportedly hoped to use her connections with Voice of Europe to develop ties to high profile figures such as Geert Wilders, Marie Le Pen, Matteo Salvini and Viktor Orban. The Voice of Europe editor has also done design work for independent journalists such as Laura Loomer.

If the testimony of Imanuelson’s family and research by Nick Monroe is confirmed, it will represent a major breach of security for anti-establishment movements in the US and Europe. In November 2018, a report from Mintpress News revealed that American white supremacists had received training from the Ukrainian Neo Nazi group the Azov Battalion, who are assisted by the Ukrainian, US and Israeli governments. Far-right groups in Ukraine such as Right Sector are also working with Islamic militants who have received training from ISIS in Syria.

Infiltration of extremist groups on the left and right is a known tactic of security forces, but the UK’s program appears to be seeking to broadly target more mainstream populist movements and public figures. It raises serious questions about the possibility that similar operations may exist in the US and Canada as well. Much like CIA infiltration of left wing protest groups during the Cold War, the British approach allows them to use their assets to control narratives fed to supporters, hamper the effectiveness of populist movements and direct policy in a way that will benefit them politically.