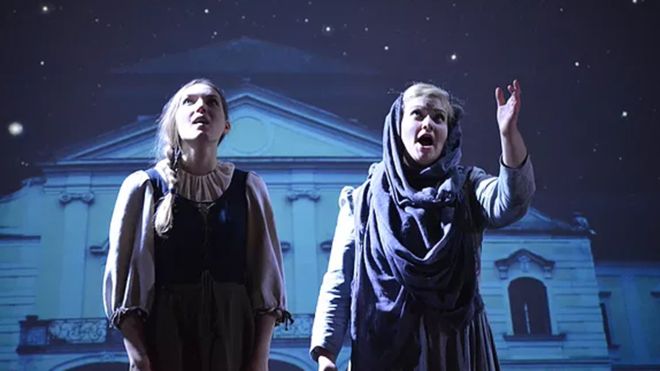 An audience in Vienna has given a standing ovation to 11-year-old British composer Alma Deutscher at the premiere of her opera Cinderella.

The girl, who says she gets musical inspiration while skipping, “seemed very thrilled with it all”, her PR manager Judy Grahame told the BBC.

Deutscher reimagined the tale of Cinderella, setting it in an opera house run by the wicked stepmother.

The German-language opera was staged at Vienna’s Casino Baumgarten theatre.

Deutscher, who is homeschooled in Dorking, south of London, participated in the performance.

She played musical interludes on the piano and at one point accompanied Cinderella on the violin.

Some have compared the girl’s musical talent with that of Vienna’s most famous child prodigy, Wolfgang Amadeus Mozart, who thrilled Europe with his operas and instrumental works in the late 18th Century.

German media describe her as a “Wunderkind”.

Deutscher told BBC Radio 4’s Today programme that “quite a few of my melodies and themes for this opera came while I was skipping”.

“I take my skipping rope to the rehearsals and skip with it in the breaks,” she said.

When asked about her creativity, Deutscher said: “I don’t go to school, I learn at home, I’m home-schooled. I read lots of books, I love reading… I read biographies about scientists and composers.”

There was no giant pumpkin in her opera, nor did the prince find Cinderella’s lost shoe, like in more famous versions of the tale.

Instead, the prince was haunted by a melody that Cinderella sang as she fled the ball without finishing it.

The only girl who could finish the tune was Cinderella herself, and that was how the prince rediscovered her.

Ms Grahame said tickets were sold out for the premiere and for Friday’s performance in the Austrian capital. There are two more performances on 4 and 5 January. The hall, on the edge of Vienna, has about 300 seats. 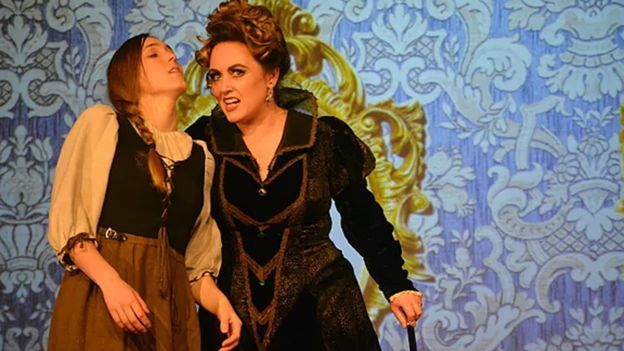 Cinderella (left) is seen here with the wicked stepmother 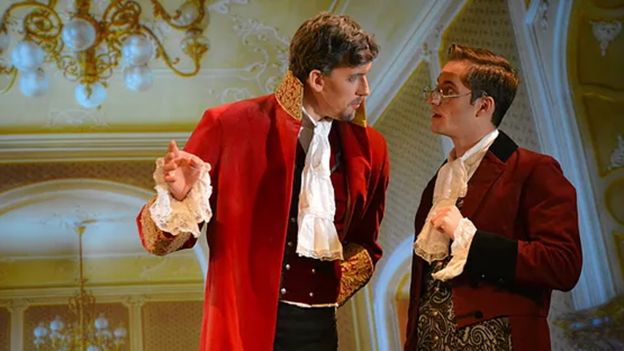 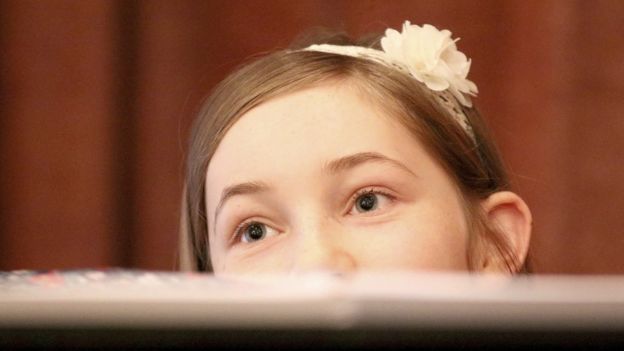 Deutscher played piano and violin during the performance

“The staging was more like a chamber opera, with minimal scenery,” Ms Grahame said.

“There were video backdrops, for example in the palace, and then the prince running in the snow trying to find Cinderella.”

Deutscher’s Cinderella is two-and-a-half hours long, and the musical score runs to 237 pages. A shorter, preliminary version was performed in Israel in July 2015.

Musical maestro Zubin Mehta is patron of the Vienna performances of Cinderella. The part of Cinderella was played by Theresa Kruegl, with the Viennese opera group Oh!pera.

Alma Deutscher describes how musical ideas come to her

The costumes “were quite simple, but Cinderella wore a pretty blue, satin dress for the ball and there were lurid ball gowns for the stepsisters”, Ms Grahame said.

“The audience reaction was very warm and spontaneous. The standing ovation lasted about 10 minutes.”

Deutscher’s next project is to complete a piano concerto, then she plans to write a book and turn that into a film – writing the score for it herself.