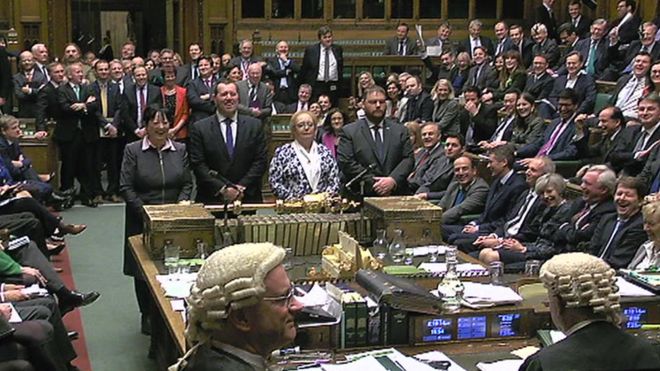 Some Conservative MPs applauded after the result was announced

MPs have overwhelmingly agreed to let the government begin the UK’s departure from the EU as they voted for the Brexit bill.

The draft legislation was approved by 494 votes to 122, and now moves to the House of Lords.

Shadow business secretary Clive Lewis was one of 52 Labour MPs to defy party orders to back the bill and he resigned from the front bench.

PM Theresa May wants to trigger formal Brexit talks by the end of March.

She will do this by invoking Article 50 of the Lisbon Treaty, but requires Parliament’s permission before doing so.

Mr Lewis, who earlier said he was undecided on whether to support the European Union (Notification of Withdrawal) Bill, announced his resignation as MPs began voting for the final time.

He said he “cannot, in all good conscience, vote for something I believe will ultimately harm the city I have the honour to represent, love and call home”.

Leader Jeremy Corbyn said he understood the difficulties the vote presented some of his MPs but said they had been ordered to back the Article 50 because the party would not “block Brexit”.

She told the BBC she had “a lot of misgivings about the idea of a Tory Brexit” and predicted the UK would “come to regret it”, but added: “I’m a loyal member of the shadow cabinet and I’m loyal to Jeremy Corbyn.”

The Labour rebellion was five MPs up on last week’s vote, while former Chancellor Ken Clarke was again the only Conservative to vote against the two-clause bill.

During the voting, SNP MPs were reprimanded by deputy speaker Lindsay Hoyle after they started singing Ode to Joy, the European Union anthem.

Afterwards, Brexit Secretary David Davis hailed the “historic vote”, adding: “It is now time for everyone, whichever way they voted in the referendum, to unite to make a success of the important task at hand for our country.”

Peers will now consider the draft legislation, and a government source told BBC political editor Laura Kuenssberg: “If the Lords don’t want to face an overwhelming public call to be abolished they must get on and protect democracy and pass this bill.” 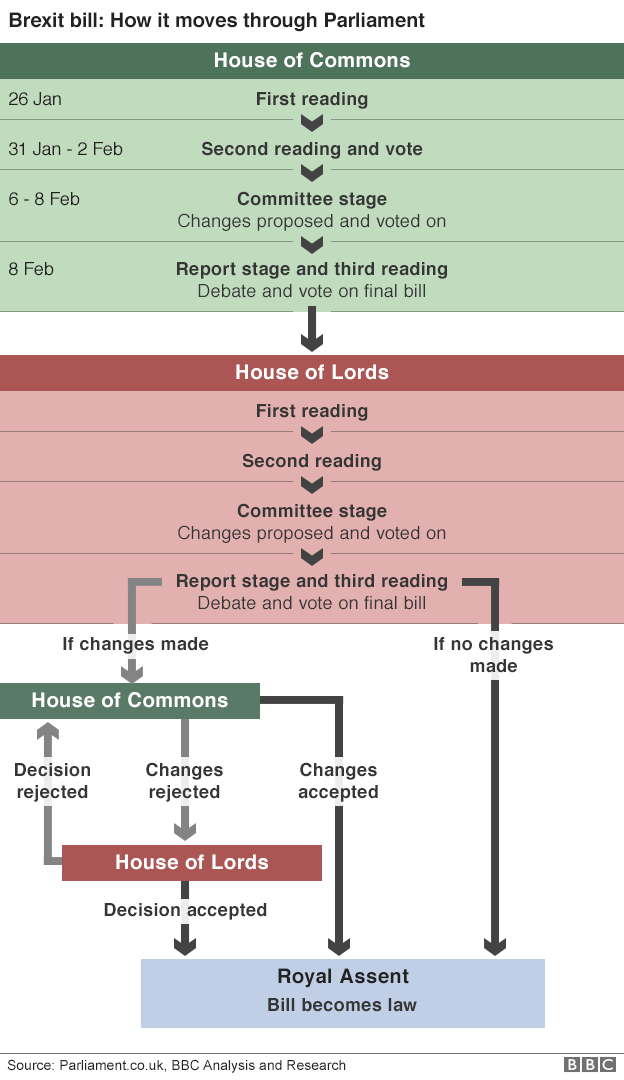 These included Labour MP Harriet Harman’s bid to protect the residence rights of EU citizens in the UK, which was outvoted by 332 votes to 290, with three Conservative MPs rebelling.

A Liberal Democrat bid for a referendum on the terms of the UK leaving the EU was defeated by 340 votes to 33. 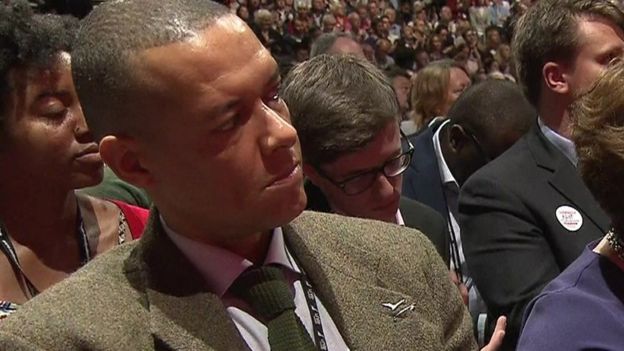 But Scottish First Minister Nicola Sturgeon accused him of giving the Conservatives a “blank cheque”.

She tweeted: “You didn’t win a single concession but still voted for the bill. Pathetic.”

The bill will be debated in the House of Lords after it returns from recess on 20 February.

Liberal Democrat leader Tim Farron vowed the party’s peers would seek to amend the bill in the Lords, including another attempt to ensure a referendum on the final Brexit deal.