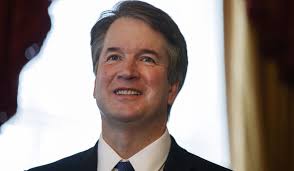 WASHINGTON – The Senate voted Saturday to confirm Judge Brett Kavanaugh as a Supreme Court justice, solidifying conservative control of the highest court in the land for years to come and ending a bitter battle over his nomination.

The final vote was not just a chance for Republicans to shift the court to the right for what could be decades but is also a test of how public officials respond to the raw emotions unleashed by the allegations of sexual assault against Kavanaugh as part of the #MeToo movement.

That response will likely be scrutinized even further with the Nov. 6 midterm elections a month away, giving Democrats have a chance take control of one or more chambers of Congress.

It was also a victory for President Donald Trump, who nominated Kavanaugh, told reporters ahead of the Senate vote that Kavanaugh would be a “great justice of the Supreme Court.”

For weeks, Kavanaugh’s future had hung in the balance during hours of hearings, FBI investigations and sexual assault allegations, which he has denied. The remarkable and ugly set of twists and turns that ended with Saturday’s vote.

Kavanaugh’s path to confirmation became clear Friday afternoon when Sen. Susan Collins, R-Maine, who had been on the fence for months, announced her support for the judge in a 45-minute speech on the Senate floor.

“It is when passions are most inflamed that fairness is most in jeopardy,” she said. “I will vote to confirm Judge Kavanaugh.”

The anger among Kavanaugh’s critics was evident on the steps of the Capitol where hundreds of protesters, many dressed in black garb, had gathered. Many held signs and sat down until police began making widespread arrests.

They held signs reading “Kava Nope” and “Shame, Collins,” the latter a reference to the announcement by Collins that she planned to vote in support of the controversial Kavanaugh. Many of the protesters said they felt powerless but vowed that next month’s midterms would change that.

Before Vice President Mike Pence called for the first vote, protesters in the Senate angrily began yelling and were dragged out of the chamber by police.

“I do not consent,” a woman could be heard screaming more than a minute after she was taken away.

“I’m a mother,” one woman shouted.

“I’m a patriot,” another said.

Pence, who is also president of the Senate, had to ask the sergeant at arms to restore order in the gallery at least a half dozen times.

Both Republicans and Democrats expect the Senate’s Kavanaugh decision will be a central theme in the midterm elections.

Trump’s promise during his 2016 campaign to put conservatives on the Supreme Court reinforced his support among Republicans.

In 2018, Democrats hope to ride to a “blue wave” of anger over Trump and Kavanaugh that could flip control of Congress. But Republicans believe the battle over Kavanaugh will help energize their voters, too.

Democrats are seen as having a solid chance to captured the House, fueled in part by women voters who are upset over Kavanaugh and dislike Trump. But taking over the Senate is likely to be a lot tougher. Democrats are defending multiple seats in states Trump easily carried in that chamber. In those states, the Kavanaugh vote could help Republicans.

Trump stepped into the political battle over the confirmation as allegations piled up against Kavanaugh.

White House aides had initially taken a more cautious approach, advising the president to tread carefully around a controversy that may still sour suburban women and independent voters. But in recent days Trump changed tack, viewing an outcry over the last-minute allegations of sexual assault against Kavanaugh as a way to drive turnout.

At a Minnesota rally on Thursday, Trump launched his latest rhetorical attack on the political storm surrounding Kavanaugh’s confirmation by saying Democrats were “trying to destroy” the Court of Appeals judge and predicting they would pay a price in the November elections.

“Their rage-fueled resistance is starting to backfire,” Trump told the audience, which responded with chants of Kavanaugh’s name. “These people are loco.”

Republican Sen. Susan Collins of Maine said Friday she will vote to confirm Brett Kavanaugh’s Supreme Court nomination, all but ensuring the Senate will elevate the conservative jurist to the nation’s highest court. (Oct. 5) AP

Kavanaugh’s nomination always was destined to become a partisan battleground because of the justice he was picked to replace: Anthony Kennedy, the Supreme Court’s swing vote, who had sided with his liberal colleagues on issues such as abortion, affirmative action and gay rights. Kennedy, 81, retired after three decades in the middle of the court’s ideological battles.