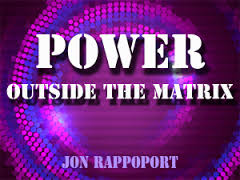 Alex Jones’ infowars.com and Mike Adams’ naturalnews.com are both under attack.

Infowars has been dropped by its ad platform provider — adroll.com, which spreads ads for Infowars products to many, many media outlets. Last year, that ad operation accounted for more than $3 million in sales for Infowars.

Natural News has been “delisted” by Google. Google appears to have wiped out 140,000 pages of listings for Mike’s website. I just typed in “natural news” at Google and what came up was something different, natural.news — another tiny site owned by Mike, not naturalnews.com, as the top listing.

The Empire is striking back. This isn’t debate or discussion or even baseless accusation. This is war by attrition. And censorship.

This is part of the elite mantra: if we don’t like it, wipe it out.

If you’ve been awake for the past year, you’ve seen an escalation, along many fronts, of the so-called “Progressive” forces to censor what they don’t want to read or hear.

They want to narrow down the “information superhighway” to a one-lane road that runs directly into their headquarters, where all the big-time fake news is dispensed, every day, to the hypnotized masses.

Don’t let them win. At the very least, take the independent news you judge is vitally important and spread it out far and wide.

Finally, for now, a message to those individuals who, by work and sweat and intelligence, by their own efforts, have built and created independent news sites:

WHATEVER DIFFERENCES YOU MAY HAVE HAD, FROM TIME TO TIME, WITH ONE ANOTHER, THIS IS BIGGER THAN THAT. MUCH BIGGER. THIS IS ABOUT CENSORSHIP OF FREE SPEECH. THIS IS ABOUT A WAR AGAINST THE FREEDOMS WE HOLD DEAR, THE FREEDOMS THAT MEAN THE MOST WHEN THEY ARE UNDER ATTACK. DEFEND EACH OTHER.